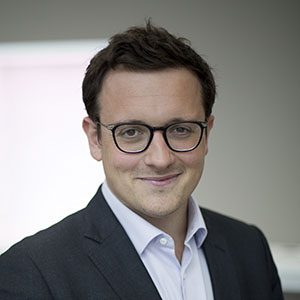 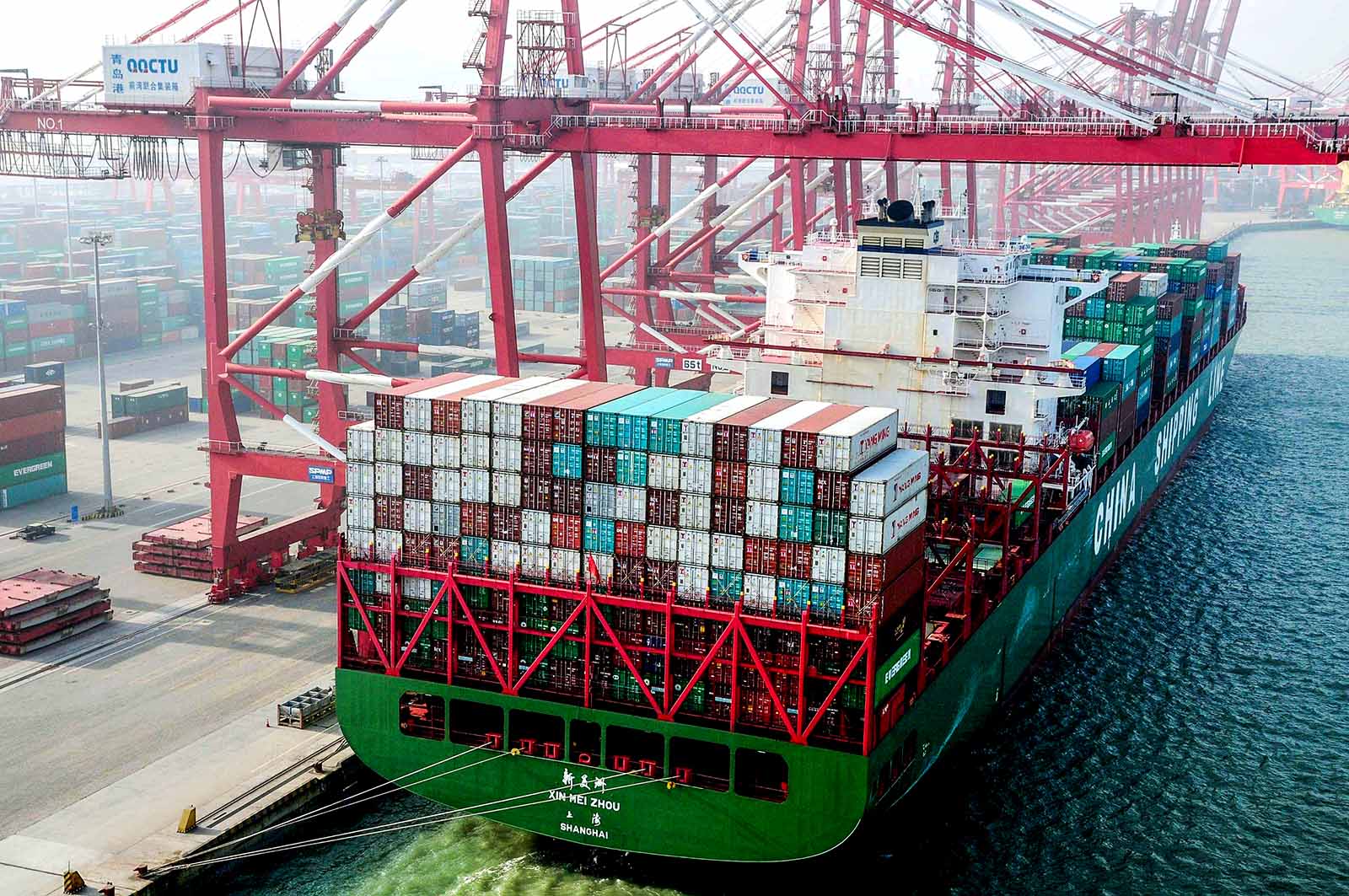 A container ship berths at the port of Qingdao, in northeast China's Liaoning province.

A common refrain about globalization is that it always results in winners and losers. During the past decade, Asian economies, led by China, have grown significantly in heft—but they still continue to play catch up in many ways. Today’s world economy is being reshaped by powerful forces such as potential trade wars, the fourth industrial revolution and the implications of advanced technologies on the future of work and production.

In this context, BRINK Asia spoke with Ludovic Subran, global head of macroeconomic research at Allianz, and chief economist at Euler Hermes, about the prospects for Asia and the impact of China’s Belt and Road Initiative (BRI) on trade and investment.

BRINK Asia: It is widely said that Asia could be leading the next phase of globalization. Is it a sentiment you agree with?

Subran: I agree with it in principle for pure demographic reasons and in terms of the movement of the center of gravity, but also in terms of the strong innovation we see in China, Japan, Korea and Singapore, for instance. I think Asia is the natural nest to house the next phase of globalization, but people should not be mistaken about what it will look like.

The first wave of globalization was about making everything cheaper for everybody. People loved being able to buy everything for a cheaper price, and many bought things they didn’t even need. Everyone went to the mall. It was a very egalitarian phase of globalization.

But then came the second phase of globalization which was much more financial, and also very Darwinian. It caused a lot of factors of production to move, so it was very unequal, and, in this phase, the Asia-Pacific region benefited a lot with factories relocating here. China’s awakening as an industrial superpower, the rise of Singapore, Taiwan and Hong Kong as trade hubs and the surge of economies such as Thailand, Malaysia, Vietnam and India came to define this phase for Asia.

I think the next wave of globalization will be different because I think we have reached the end of the “Asia is more competitive” angle. For example, there is more manufacturing competition now with production being done locally by robots, which can be as cheap as offshoring.

BRINK Asia: What about the prospects of ASEAN [Association of Southeast Asian Nations]?

Subran: For the ASEAN countries in particular, I think to get something out of the third wave of globalization, they first need to come together and act as a bloc. Small may be beautiful, but it may not be attractive enough for investment to drive scale. The region needs to develop institutional strength.

Second, ASEAN really needs to move the needle on productivity. In China, for example, this has been the No. 1 objective for the past half-decade. They have understood that just like Japan or Korea did in the past, they need to focus on productivity in order to be well-positioned for the future. If ASEAN economies do not accelerate the search for productivity, then this promise of Asia leading the third wave of globalization will be difficult to realize.

Third, there are different aspects of security, whether critical infrastructure such as utilities distribution, or data infrastructure and its implications on data privacy, or social infrastructure, that Asia needs to focus on. Additionally, we can see the rise of the militarization of many countries in the region because of a lack of trust. For ASEAN to be really leading the pack, there needs to be a lot more unity on critical issues. At the moment there is a lot of ego-tripping, and I think that is one of the major impediments in this promise being delivered.

BRINK Asia: With China’s push of the BRI, we are seeing the emergence of new trade routes. What opportunities or challenges do these present?

Subran: The BRI is a very smart move from China because it brings trade, infrastructure and financing to the beneficiary countries. So, in terms of influence building, it is very smart. And it will actually positively impact the GDPs of some of these countries such as Pakistan, Myanmar and Malaysia.

China is creating a trade infrastructure and providing it for cheap, but Asian countries should not put all their eggs into the China basket.

It’s very interesting to see what I think is the right mix between connecting countries to global trade routes and giving them infrastructure they desperately need for their own connectivity, in addition to financing in the form of very cheap loans and very friendly repayment facilities. In doing so, China has become the de-facto middleman through which all these countries have to go if they want to access trade. Right now, China is creating the infrastructure and providing it for very cheap, but the question is: What happens if these countries use this infrastructure for their own independence? How will China react in such a scenario? We don’t know what will happen if China didn’t benefit from these countries’ trade with the rest of the world.

Another challenge is for countries that are not part of the BRI. When you are India or Japan, you’re looking on saying, “What’s happening, and what’s in there for me?”

BRINK Asia: And for businesses in the region?

Subran: For corporations, the benefits are huge simply in terms of the scale of opportunity—potentially worth hundreds of billions of dollars for those participating in projects directly. But again, the question is whether most of the opportunities will be for Chinese corporations. There are, after all, no free lunches. “When you take my money for your infrastructure, it will be on my terms and you also take my contractors.”

For local companies, there will definitely be spillover benefits that accrue from the massive improvements expected to be seen in areas such as ports and railways, [including] opening up markets. We are also talking about entirely new sectors developing in countries.

It is here that business diplomacy comes into place. Companies from Europe or, say, Singapore, will have to be smart in handling the diplomatic aspect of being in the ecosystem if they don’t want to be undercut at the last minute.

BRINK Asia: Until recently, we saw a wave of outward investment from China, although some of it ran into trouble in the West for a variety of reasons. Yet, there now seems to be ambivalence on the part of the Chinese government about capital leaving the country. Why is this so?

Subran: I think China is going through a “two-steps-forward-and-one-step-back” process when it comes to liberalizing its capital account. They want to open up, but they want to keep control at the same time. They want their companies to complete M&As [mergers and acquisitions] everywhere, but they want to avoid capital hemorrhaging. For example, they want influence through BRI, but they want to make sure they keep a lot of the savings locally to grow their internal market.

One thing to bear in mind here is that given the size of the Chinese economy and its almost 1.4 billion people, there is a huge magnifying effect of any wave or trend. For example, the car market in China contracted in 2017 just because the government lifted subsidies on green cars. Two years back, the government decided to reduce the amount of credit and the economy decelerated. Similarly, after encouraging overseas investment, I think there have been fears around too much capital flight. This is also because the Chinese started buying just about anything in Western Europe, the U.S. and Australia, just to hedge themselves currency-wise.

This doesn’t mean that influence isn’t important—it is. However, China wants to do it at its own pace, and it does not want to repeat the mistakes others made by loosening controls too fast.

However, going forward, I think they will continue their global shopping spree because they need to import innovation. They would much rather see capital leave China for this reason, rather than because of a lack of confidence in the government domestically.

The second part of this interview will focus on how Asian businesses can capitalize on the growing clout of Asian economies.

Tom Friedman Author, Reporter and Columnist for The New York Times
URL: https://www.brinknews.com/asia-and-the-next-phase-of-globalization/
Get ahead in a rapidly changing world. Sign up for our daily newsletter. Subscribe
​​