Best Places in the World for Doing Business 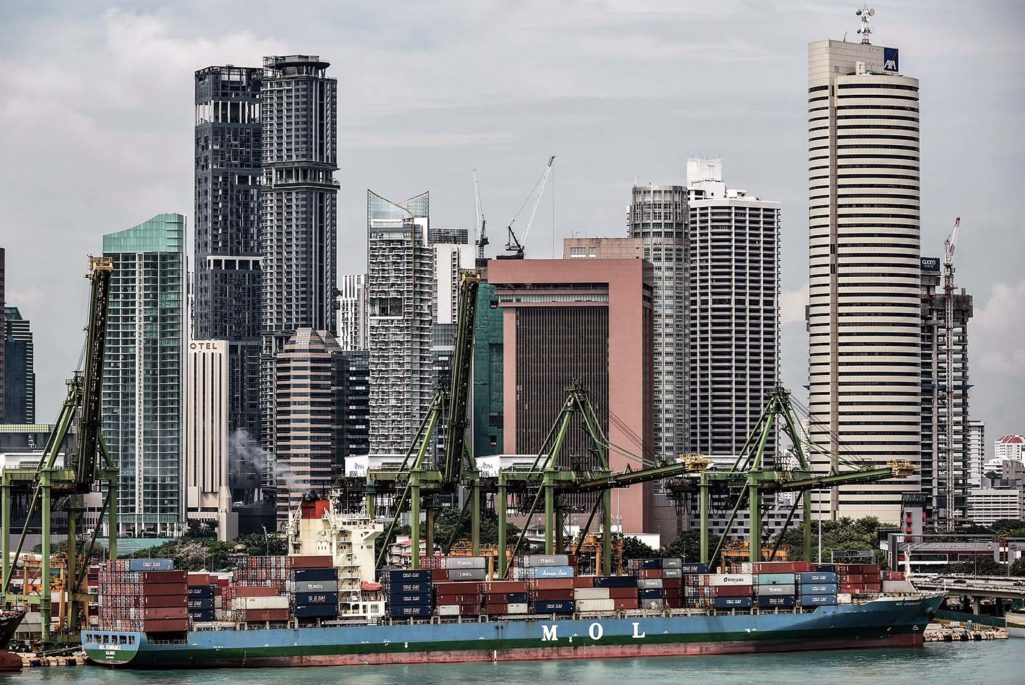 Vessels berth along the pier of the Keppel container terminal next to the business district of Singapore on November 27, 2014. Singapore was ranked number 1 in the World Bank’s latest assessment of world’s best places for doing business.

Singapore is the most “business-friendly” economy in the world, according to the latest assessment from the World Bank.

Singapore, which also took the top ranking in last year’s report, has the shortest commercial dispute resolution time in the world at just 150 days; costs total 25.8 percent of the value of each claim. Singapore also scored the highest on the quality of the judicial process. In 2014, Singapore implemented a new electronic litigation system that allows litigants to file cases online and informs all parties about the case via email and text alerts.

The top 20 most favorable economies for doing business remains nearly the same as last year, with only two countries—Lithuania and the former Yugoslav Republic of Macedonia—entering the list (replacing Georgia and Switzerland).

Economies in the top 20 continued to improve environment for business during the past year among the major areas measured by the report, which include:

The top-ranking countries for doing business aren’t those with no regulation, but those with governments that “create rules that facilitate interactions in the marketplace without needlessly hindering the development of the private sector,” the report said.

The report is deliberately narrow in scope as it tries to establish criteria applicable to economies worldwide. In that sense, the report doesn’t account for many aspects of the business environment that ultimately matter to companies, investors and the overall economy. For example, the report doesn’t measure the macroeconomic stability of a country, the prevalence of corruption, antitrust policies or the availability of a skilled workforce.

The report notes the positive impact that the proliferation of information and communications technologies has had on the business environment in every region of the world. Use of the Internet has provided “a platform for delivering government information and services and new opportunities for enhancing the efficiency and transparency of public administration,” the report said. Use of the Internet is providing tools at every stage of a business’ life cycle, from applying for building permits to paying taxes to trading internationally.

However, use of the Internet remains largely an advantage offered in more developed economies. OECD high-income economies, Europe and Central Asia make the most use of the Internet in the regulatory process. By contrast, Sub-Saharan Africa makes little use of such online systems.

From 2014 to 2015, 122 countries completed at least one regulatory reform in the areas measured by the report for a total of 231 reforms. Europe and Central Asia lead all other regions in terms of implemented reforms.

Starting a business is the indicator that saw the most improvement across all economies tracked by the report. In the past 12 years the report has been issued, this one area has benefited from more regulatory reform than all others, the report said. Getting credit was the second biggest improvement. The report said that “reforms in this area are not common, but when they do occur they are likely to introduce overarching changes, such as establishing a new credit registry or bureau or developing a new secured transactions system.” Meanwhile, the area of enforcing contracts has seen the least improvement. Here, reforms are “relatively uncommon because reforming a judicial system can be a long and complicated task,” the report said.

Most Improved by Region

In Europe and Central Asia, Georgia stands out as most improved over the life of the report for having made dramatic improvements toward better and more efficient business regulation. Georgia eliminated paid-in minimum capital requirement for starting a business, established a one-stop shop for construction permitting, reduced fees for electric hook-ups, bolstered its protections for minority investors, improved its credit information system, started online systems for paying taxes and modernized its dispute resolution system for enforcing contracts, among others.

In Sub-Saharan Africa, Rwanda has made the most progress, implementing reforms across all areas measured by the report. The most notable improvements were in registering property and getting credit.

In Latin America, Colombia is the standout performer, particularly in the areas of paying taxes and getting credit.

Egypt was cited as the standout for the Middle East and North Africa during the life of the report, although most gains there took place before 2009, the report notes. Those improvements include the ability to start a business, computerization of company contract models for incorporation and a single access point for business registration, with approval within 24 hours.

China stands out in East Asia and the Pacific owing to business tax reform, making the paying of taxes easier and less costly and reducing the corporate income tax rate.

Among OECD high-income countries, Poland rises to the top for having reformed areas relating to the functioning of court in the area of enforcing contracts and resolving insolvency.