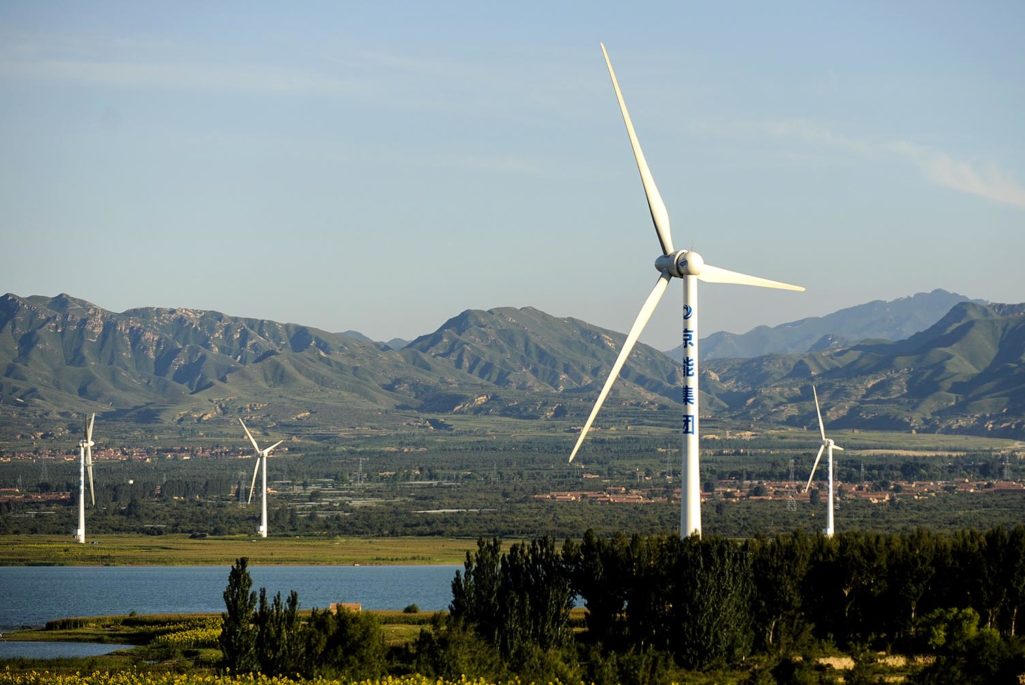 This picture shows a wind farm on the outskirts of Beijing. China has leapfrogged the U.S. to become the world’s largest producer of renewable energy.

On another positive note, China’s carbon emissions fell for the second consecutive year, after growing by more than 75 percent in the previous 10 years. According to Spencer Dale, group chief economist at BP, “[T]here are good reasons for thinking that some of this improvement in China’s carbon emissions reflects structural factors that are likely to persist: slower economic growth; a shift in the composition of growth towards less energy-intensive sectors, and a movement away from coal.”

Part of the decline in emissions can also be attributed to cyclical factors, such as the contraction seen in a few of China’s most energy-intensive sectors, “which are unlikely to keep being repeated and may well unwind in future years,” Dale added.

Globally, renewable energy production grew by 14.1 percent in 2016, with Asian renewable production growing 27.9 percent. Only the Middle East saw a higher growth rate (42 percent), but this was from a significantly lower base.

Although growth in China’s hydropower production has slowed sharply in recent years compared to the early 2000s, it was still the largest contributor to global hydro growth, with an increase of 10.9 mtoe.

Separately, China’s nuclear power generation increased by 24.5 percent (or 9.6 mtoe)—compared to the global increase of 1.3 percent—the fastest growth in China’s history. According to the report, China’s nuclear program is just beginning to ramp up. Five new reactors were commissioned and brought into use in 2016, while another 20 are under construction.

This is because the demand for energy continues to grow at a more rapid pace than the growth in renewable energy generation. This demand is led by China and India, which together account for about half of the total increase in global energy demand, the report says.

Mark Campanale Founder and Executive Chair of The Carbon Tracker Initiative
URL: https://www.brinknews.com/china-surpasses-u-s-as-top-renewable-energy-producer/
Get ahead in a rapidly changing world. Sign up for our daily newsletter. Subscribe
​​