Does China’s ‘One Belt, One Road’ Threaten an East-West Rift Within Europe? 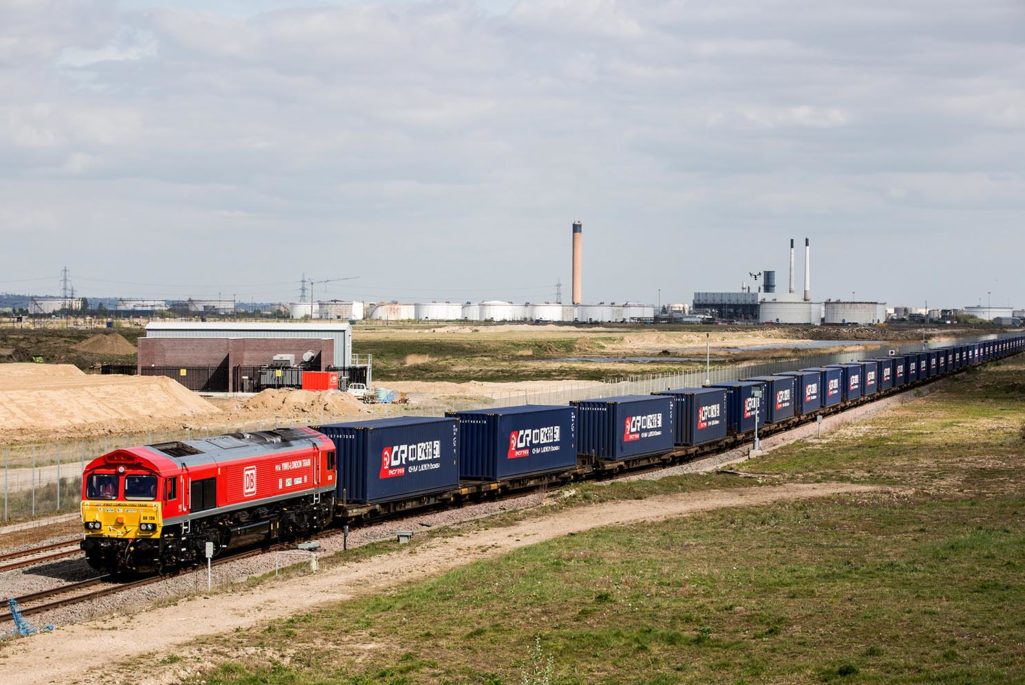 A freight train transporting containers laden with goods from the UK enroute to Yiwu in the eastern China. The first-ever freight train from Britain to China started its mammoth journey in April along a modern-day 'Silk Road' trade route as Britain eyes new opportunities after it leaves the European Union.

The recent Belt and Road Forum in Beijing ushered in a new phase in China’s global repositioning. In his opening speech, President, Xi Jinping reaffirmed the importance of the Belt and Road Initiative (BRI), a massive investment project launched in 2013 to dramatically expand land and sea trade across Asia and beyond.

At the summit, Xi called the BRI “a new kind of globalization,” a strategy intended to win other countries over rather than coercing them. It seems to be working. The benefits of taking part in the BRI are proving irresistible to many countries—and not just in China’s immediate neighborhood.

Among the 60 representatives who attended this year’s summit, Central and Eastern European (CEE) states formed the largest group of EU countries. Unlike France and Germany, who sent a senator and a minister respectively, they were represented by their highest state officials, an indicator of just how special a role they now play in China’s European plans.

This special relationship began in 2012, when China explicitly renewed its ties with the CEE states via an initiative known as the 16+1. This immediately made the “old” EU member states uncomfortable about the scale of Chinese investment to their east, fearing a “scramble for Europe” might be getting underway.

Indeed, Chinese state-owned enterprises’ investments in European nuclear energy, construction and railway infrastructure have grown rapidly since 2012. In countries such as the Czech Republic, Romania and Hungary, Chinese money has flowed into key energy, telecommunications and real estate sectors.

Chinese goods can now get to EU markets all the way to London in as little as 18 days (though few EU goods are ever sent in the other direction). The Balkan States, meanwhile, are cheering the prospect of a modern train line from Belgrade to Budapest, bringing crucial infrastructure to a post-communist rust belt left undeveloped for decades.

Regardless of the economic benefits of China’s engagement, the EU still sees it as a threat. Already the signs are there that this investment comes with political strings attached.

Whereas the 16+1 initiative was presented as a unifying force for the region, the reality is that it’s encouraging European countries to directly compete for Chinese cash. China has embraced this state of affairs, changed the Belt and Road’s routes and plans many times already, often to suit a higher or more loyal bidder.

After Lithuania and Estonia welcomed the Dalai Lama in 2011, China offered its Baltic investment to a more “politically correct” Latvia. Likewise, when Poland hesitated to accept Chinese investments due to security concerns, the same opportunities were snapped up by its neighbors. This sort of “China courting” doesn’t just affect the balance of investment, but also the coherence of the EU’s values and foreign policy.

Some analysts, for instance, have shown how Chinese enterprises’ economic power translates into political influence at the highest levels of the Czech government. Hungary’s vocal support for recognition of China as a market economy stands at odds with the EU common trade policy, and President Viktor Orban’s praise for the illiberal China model goes against core European values.

For its part, China has done much to calm the EU’s anxieties about its motives, insisting that it would prefer Europe strong and united and that it wants to contribute to various European projects rather than compete with them. Nonetheless, while the EU urgently needs a common policy toward China, many EU states clearly think they’ll do better if they form their own bilateral ties with Beijing. Why?

European countries are now competing with each other, vying for China’s attention and cash.

Some blame the EU’s failure to invest enough in developing its own backyard, but that doesn’t explain the U-turns by countries such as Hungary, which have benefited immensely from the EU’s regional funds. The truth is that it isn’t just economics pushing the CEE states into the Chinese investors’ arms—it’s also rising nationalism and populism.

These political tendencies both take a dim view of Brussels and see China as a naturally preferable backer. Whereas the EU is pressing some of the CEE states to accept asylum seeker and refugee quotas and reverse their democratic deterioration, China’s cash seems to come without political pressure.

Still, for all that the BRI is presented as a purely economic project, it remains deeply political—a key element of a strategy to build a new global geopolitical and normative order. The regional rivalry it has created on Europe’s eastern flank perfectly fits that strategy. It not only undermines the EU’s capacity to mount a unified response toward China, but it also normalizes China’s model as a viable system of governance, further entrenching some of the CEE states’ illiberal ways.

Given the circumstances, these countries’ governments have plenty to answer for. Yes, China might accelerate the EU’s fragmentation by encouraging them to assert themselves against both each other and Brussels—but it is ultimately these governments that are choosing to engage on China’s terms. If they aren’t careful, they could lose leverage with both China and Brussels.

In contrast, a common EU strategy could empower individual CEE states in their relationship with China, as it would keep in check the “divide-and-rule” politics of the BRI. In an unusually assertive move, the EU ultimately withdrew from the trade statement that capped the May 2017 BRI summit. Perhaps there is more will to push back than China bargained for.

Chris Miller Associate Professor at the Fletcher School at Tufts University
URL: https://www.brinknews.com/does-chinas-one-belt-one-road-threaten-an-east-west-rift-within-europe/
Get ahead in a rapidly changing world. Sign up for our daily newsletter. Subscribe
​​