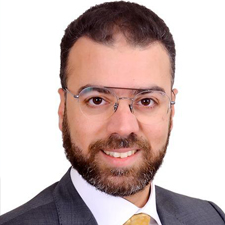 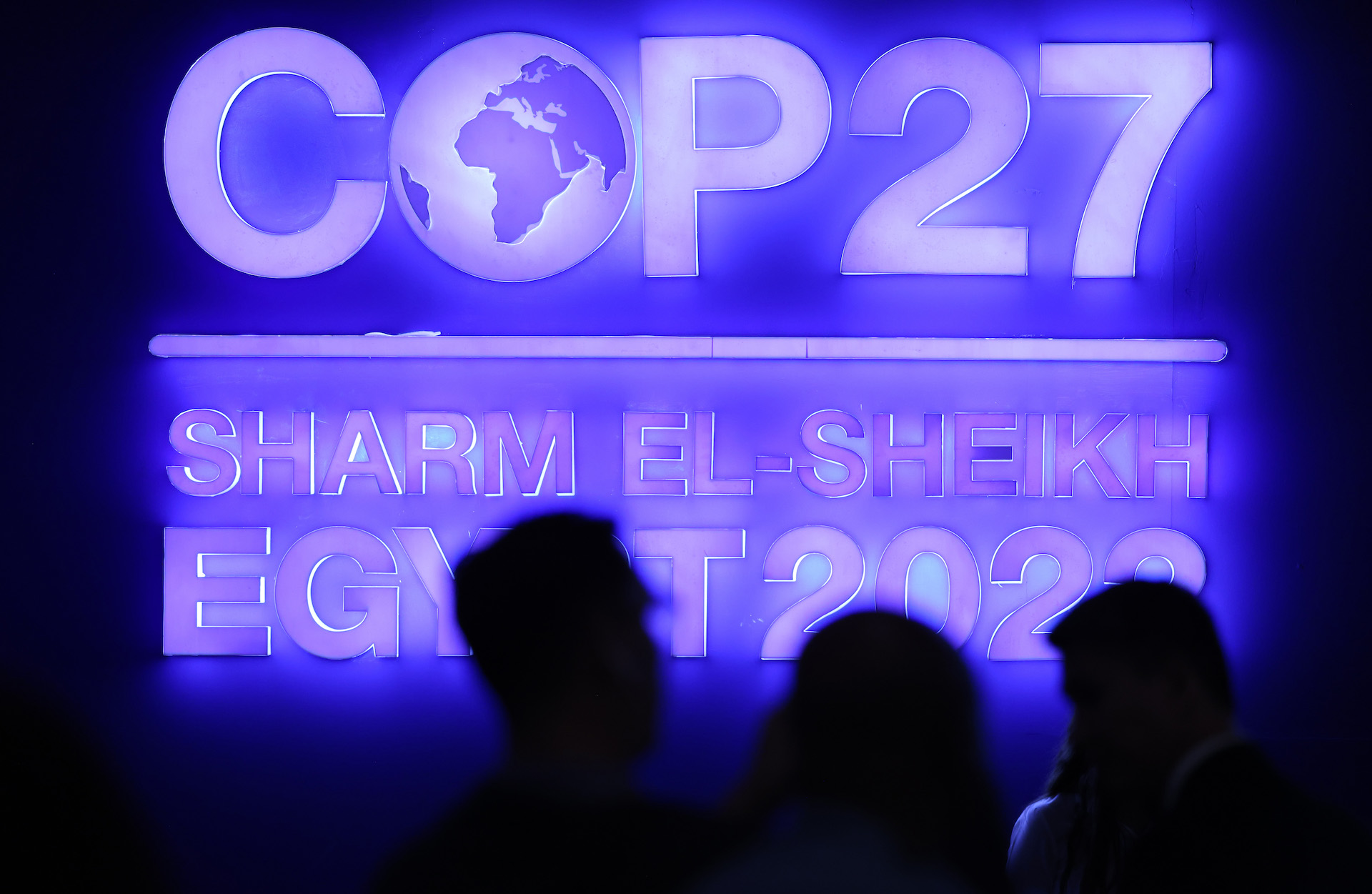 A sign stands illuminated in the plenary hall at the UNFCCC COP27 climate conference on November 07, 2022 in Sharm El Sheikh, Egypt.

Despite being one of the least-polluting economies, representing only about 0.7% of global greenhouse gas emissions, Egypt is among the countries most vulnerable to the effects of climate change. Sea level rise as a result of global warming threatens Egypt’s entire northern coastline, which is inhabited by more than 7 million people, while also being the location of Egypt’s most important seaports.

It is estimated that by the year 2100, sea-level rise will exceed 1 meter, leading to a complete change in the geography of Alexandria and the Nile Delta region, accompanied by large-scale population displacement, increased food insecurity, as well as significant losses of arable land, infrastructure and productive assets.

It is also forecasted that there will be a 7% decrease of the rainfall on the Ethiopian plateau, which will cause more frequent droughts. With Egypt already dependent on the river Nile for more than 90% of its water resources, this will significantly exacerbate Egypt’s water poverty.

As Egypt is hosting COP27 this month, it is determined to accelerate its efforts toward the transformation to the green economy to achieve the 2030 vision of sustainable development goals through a set of ambitious decarbonization targets across multiple sectors.

Given that electricity production is the most significant contributor to carbon emissions in the country, the regulatory environment has been enhanced to allow for more investment flows toward renewable energy production.

In particular, the Investment Law makes renewable energy projects eligible for tax cuts up to 30% of the total investment and includes a 2% flat fee on all imported capex items. The Renewable Energy Law was issued to promote the production of electricity from renewable resources and the Electricity Law liberalizes the electricity sector and opens new horizons for the participation of the private sector.

A net metering scheme has been introduced to allow small-scale renewable energy projects in residential, industrial and commercial sectors to feed electricity into the low-voltage grid. To encourage households to be part of this scheme, any household can connect a system that produces more electricity than they consume. This has led to a significant growth in the volume of electricity produced from renewable resources.

By 2020, the total installed capacities of wind and solar power plants reached more than 3 gigawatts — up from lower than 0.7 gigawatts in 2014, with this number nearly doubling when hydropower-generated electricity is added. Egypt has established large projects such as Benban Solar Park (1.5 gigawatt), Kom Ombo Solar Plant (26 MW), Gabal El-Zeit Wind Power Plant (0.6 gigawatt), and Assiut Barrage hydropower plant (32 MW). Egypt is hoping to get 40% of its electric power from renewable energy by 2030.

Financing is a core component of any adaptation and/or mitigation measures. Mobilizing sufficient funds to support the transformation toward a green economy are crucial to the success of any initiative aiming at shifting toward more advanced technologies related to sustainability.

The first issuance of sovereign green bonds in the MENA region took place in Egypt in 2020 with a total value of $750 million allocated to projects in renewable energy, sustainable transportation and water and wastewater management. In addition, Egypt implemented several projects in relation to adapting/mitigating the negative effects of climate change with international development partners.

The private sector can play three different roles in this regard: It can adapt to climate change; provide financing for adaptation by others; and innovate through products and services for resilience.

The project identified a set of proactive adaptation measures to enhance the resilience and adaptive capacity of coastal lagoons in the Nile Delta that are both highly productive but vulnerable to future sea level rise.

Another important international development project was the “Formulation and Advancement of the National Adaptation Plans (NAP) Process of Egypt” funded by the Green Climate Fund (GCF), which started in March 2021 with the main objective to decrease the country’s vulnerability to climate change through advancing the National Adaptation Plan development.

Such projects are expected to provide the government with the required climate risk information and understanding of priority adaptation areas to allow for effective adaptation planning and integrating climate adaptation into national development planning and budgeting.

To continue on the path of transformation toward a greener economy, it is imperative that the government and the private sector work closely to improve the capacity for “Adaptation” (dealing with impacts of climate change) and “Mitigation” (minimizing loss and damage linked to climate change) of the negative impacts that are caused by GHG emissions.

The private sector can play three different roles in this regard: It can adapt to climate change; provide financing for adaptation by others; and innovate through products and services for resilience. By adapting its own operations and assets to climate change, the private sector can ensure business continuity and protect those who depend on private jobs or infrastructures. Through this, and by providing funding and products and services for resilience, private entities contribute to achieving the Sustainable Development Goals and the targets laid out in existing Nationally Determined Contributions.

Given the reality of its acute vulnerability to the risks of climate change, Egypt’s hosting of COP27 was borne out of a keen desire to have a voice in the global climate debate and to enable Egypt and other developing countries to mobilize the technical and financial resources required for the necessary adaptation and mitigation initiatives.

Moataz Yeken is the Senior Consultant for Lynx Strategic Business Advisors, based in Cairo, Egypt. He is an economist with more than 22 years of experience in the areas of public policy, macroeconomic analysis, public private partnerships, planning for local economic development and financing for development.

Mark Campanale Founder and Executive Chair of The Carbon Tracker Initiative
URL: https://www.brinknews.com/egypt-has-a-powerful-reason-for-hosting-cop27/
Get ahead in a rapidly changing world. Sign up for our daily newsletter. Subscribe
​​