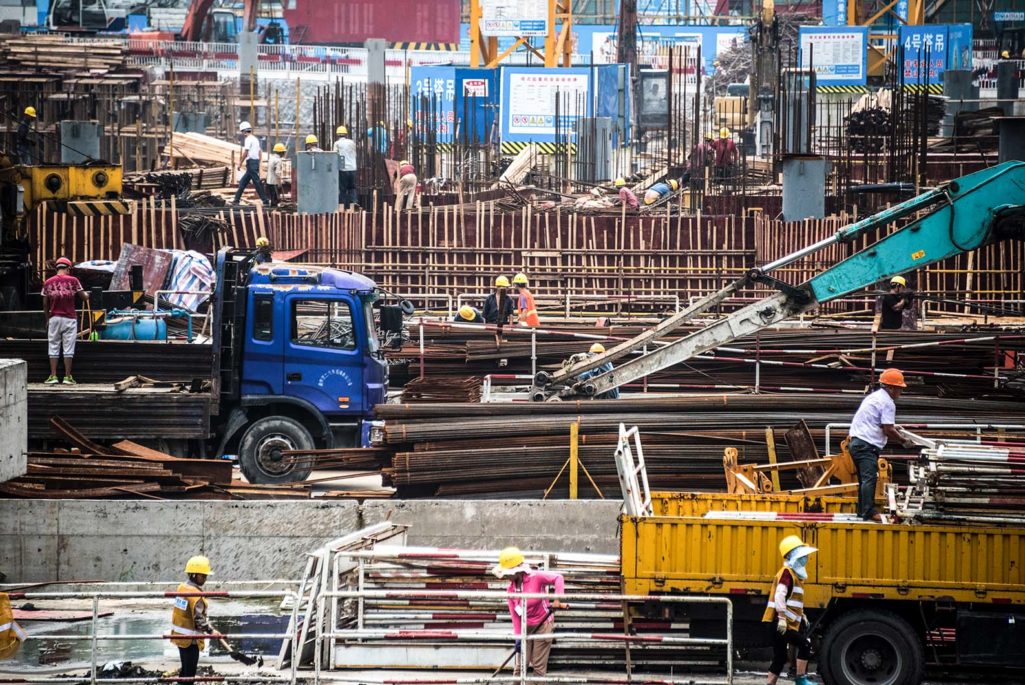 Employees work on a construction site in Shanghai on July 16, 2016. China's second-quarter GDP growth was steady at 6.7 percent, the government said, as the world's second-largest economy seeks stability in the face of a darkening global outlook.

The global economy has hit the pause button, with OECD economies struggling to attain even a 2 percent gain over the past eight years. Emerging markets have hit economic headwinds as well, with some falling into recession, according to the latest global economic outlook from the OECD.

Global growth is now estimated to grow by only 3.3 percent in 2017, the report said.

Comprehensive, coherent and collective action is needed from policymakers, the report said, otherwise the world will continue to experience “disappointing and sluggish growth, making it increasingly difficult to make good on promises to current and future generations.

All this adds up to a “self-fulfilling low-growth trap,” according to the report. Businesses are reluctant to invest given dwindling demand, economic uncertainty and the slow pace of structural reform. In addition, unemployment continues to be a drag on the world economy.

Angel Gurría, secretary-general of the OECD, outlined the “self-fulfilling” aspect of the low-growth trap:

Firms witnessing low demand growth are naturally cautious about expanding investment. Weak investment holds back capital deepening and hinders the pace at which innovation is embodied in plant and equipment. The result is slow productivity growth, which makes households pessimistic about the pace at which living standards are increasing and restrains the growth of consumption. This slow growth of consumption feeds back onto firms’ expectations about demand growth, resulting in weak investment. The vicious cycle repeats itself.

Although unemployment in OECD countries is estimated to fall to 6.2 percent by 2017, 39 million people will still be left without jobs, which is nearly 6.5 million more than before the global financial crisis, the report said. Adding to the economic woes are weak wage gains and rising inequality, both contributing to downward pressure on consumption.

Meanwhile, global trade growth stands at less than 3 percent on average, a figure well below historic rates, the report said, arising from factors such as spreading protectionism to China rebalancing toward consumption-oriented growth.

The report also outlines several downside risks resulting from the current economic stagnation; these include “negative economic effects” from the UK’s Brexit vote, which will spill over to other EU countries “and the rest of the world.” Further effects from the Brexit vote will “lead to economic uncertainty and hinder trade growth, with global effects being even stronger if the British withdrawal from the EU triggers volatility in financial markets. By 2030, post-Brexit UK GDP could be over 5 percent lower than if the country remained in the European Union.”

Jonathan Munemo Professor of Economics at Salisbury University
URL: https://www.brinknews.com/global-economy-stuck-in-low-growth-trap/
Get ahead in a rapidly changing world. Sign up for our daily newsletter. Subscribe
​​