Hard Times for the Shipping and Offshore Sectors in Asia 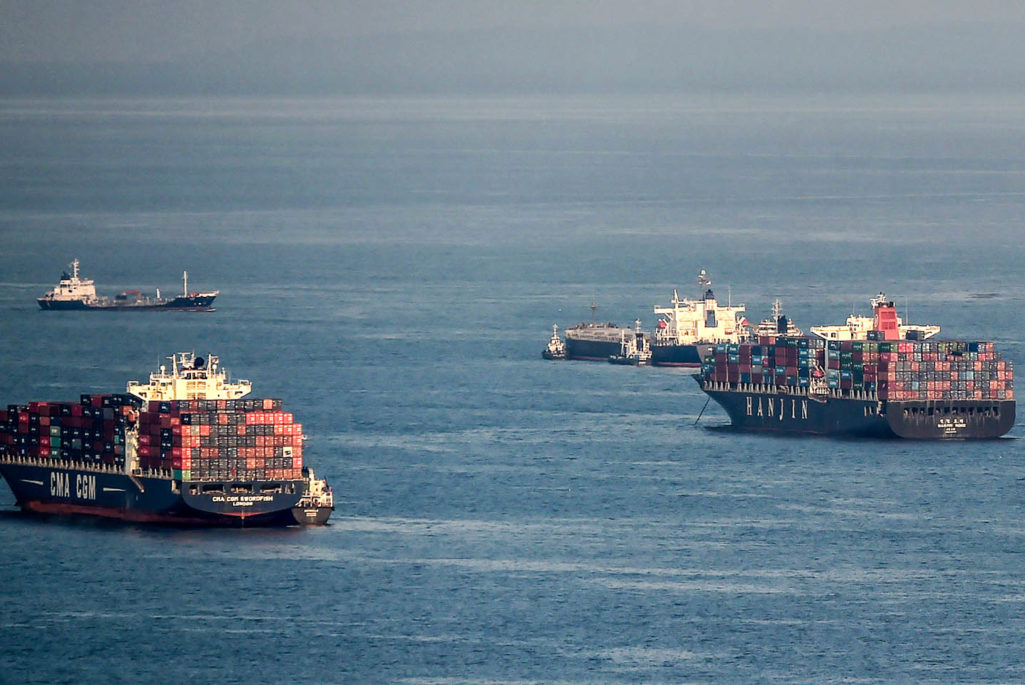 A South Korean Hanjin Rome shipping vessel is seen anchored in waters at the Eastern Anchorage off Singapore. Ports are refusing entry to dozens of ships run by the South Korean company, for fear they will be unable to pay docking fees.

Owing to the decline in oil and gas prices, oil majors and contractors have been badly hit. From a high of $118 per barrel in June 2014, oil prices fell to below $30 and are now hovering at around $52 a barrel. Oil majors have started cutting costs and laying off personnel. The effect of the price slump has blown into a worldwide crisis with the global oil industry’s cut down in capital investment reaching $1 trillion. While oil prices have gradually recovered from their lows, many companies that had been affected by the prolonged slump have gone out of business.

The oil and gas slump has had a direct effect on the offshore marine industry. Vessels are needed to send drilling equipment and supplies to offshore rigs, for oil transportation to onshore facilities and for oil storage in tankers. Additionally, workers need to be moved to and from the rigs. The decline in fuel prices reduced the number of rigs that could be economically operated, and the subsequent knock-on effect meant that fewer contractors and vessels were needed.

In the coming months, offshore support vessel companies may have to merge to strengthen their market positions. This is either due to a squeeze on margins because of rig owners cutting back on spending, or due to fewer construction contracts being issued.

Shipping, too, has suffered a decline, with major carriers suffering large losses. Major shipping lines have had to rethink their survival strategies to be in keeping with the global shipping slump.

As a result, consolidation is being witnessed as Asia’s shipping lines are faced with growing challenges. For example, at the end of 2015, CMA CGM SA, the world’s third-largest container-shipping company, acquired Singapore’s Neptune Orient Lines. This is a trend that is likely to continue in the coming months.

In April 2016, Hanjin Shipping, South Korea’s largest container line and the world’s seventh-largest container carrier, applied to its creditors for debt restructuring to avoid bankruptcy. Four months later in August, it filed for receivership after banks, led by the state-run Korea Development Bank, withdrew support. And a few days later, it filed for bankruptcy protection in the U.S. to protect its vessels and cargoes from confiscation by creditors.

There was considerable disruption to Hanjin’s containerized cargo, with vessels arrested and many containers stranded in various ports worldwide, containing an estimated $14 billion in cargo.

Major Hanjin clients such as LG Electronics have switched to other shippers while Maersk Line, the world’s largest container shipping group, is benefiting by picking up new customers on major trade routes.

The Hanjin bankruptcy is emblematic of the industry’s troubles and just one example of shipping majors facing the pressures of muted global trade growth. Dozens of chartered bulk and container vessels have been redelivered early, and that has increased available tonnage in already over-supplied and weak sectors.

The silver lining is that the supply of container ships has tightened to an extent. Average shipping rates in December between Asia and the U.S. were 15 percent higher than in July.

Shipbuilding has been a key driving force for the South Korean economy, with ships accounting for 7.6 percent of its exports in 2015. But things are changing. New vessel orders won by South Korean shipbuilders in the last nine months of 2016 were down 87 percent from the same period last year. Meanwhile, in the first three months of 2016, Korean yards won just eight orders for commercial ships with a total compensated gross tonnage (cgt) of 170,000, a large decline from the order of 68 vessels with a total cgt of 2.89 million a year earlier.

With the reduction in demand from global shipping companies since the 2008 global financial crisis, increasing competition from lower cost Chinese shipyards and further stagnation of global trade volumes, Korean shipyards have faced fundamental headwinds to their previous dominant position and are all having to adapt to painful restructuring processes.

The Korean government has pledged to pump $9.5 billion into banks that made large loans to the yards and are now suffering losses. The government will also close 7 out of 31 docks that are used by the region’s top three shipbuilders and shed their combined workforce from 62,000 to 42,000 to reduce capacity in the hope of restoring competitiveness.

These rounds of difficult workforce reduction bring with them serious social and political spillover effects. Besides the fact that the shipbuilding industry is associated with national pride, the massive layoffs will have an adverse impact on local economies where the shipyards are based.

A similar scenario is playing out in China, which has seen a wave of shipyard bankruptcies. In fact, more than 20 medium- to large-sized shipyards in China have shut operations since the beginning of 2015, mainly owing to overcapacity, and the industry’s prospects are not promising.

It is estimated that the Chinese shipbuilding industry needs to be trimmed by another 30 percent or more to address excessive tonnage and for the market to start recovering.

Consolidation in the Cards

In such a context, the wider industry is starting to witness consolidation as shipbuilding companies and shipping lines alike look to take measures to limit losses and boost efficiency.

In February 2016, China’s COSCO shipping corporation—formed through a merger between China Ocean Shipping Company and China Shipping Group—was launched, creating one of the world’s largest shipping fleets. At the time, the chair of China COSCO stated that mergers were going to be a key way to ride out the “the most difficult period that we are experiencing since the financial crisis” by benefitting from economies of scale.

This approach is seen elsewhere, too. Recognizing that container lines now need immense scale to remain competitive, Japan’s three biggest shipping companies—Nippon Yusen Kaisha, Mitsui OSK, and K Line—announced a plan to merge their container operations for a new joint venture due to start in July 2018. The deal creates the world’s sixth-biggest container fleet with 7 percent of global capacity.

Explaining the merger, Tadaaki Naito, president of NYK, said that “the purpose of becoming one this time is so none of us become zero.”

Across the region, more such strategic partnerships—often even between fierce competitors—may be witnessed in coming months. Building new ships and acquiring new capacity are no longer relevant in the region as an imbalance in supply and demand has destabilized the industry and created an environment that is “adverse to container line profitability.”

Eventually, given the stagnation in trade, one viable option for the industry is to consolidate. Three prominent Asian economies—China, Korea and Japan—have all started seeing consolidation in the past year, and it is a trend that will reshape the regional shipping industry.