Indian Banking: Risk Management Practices Must Catch Up With Growth 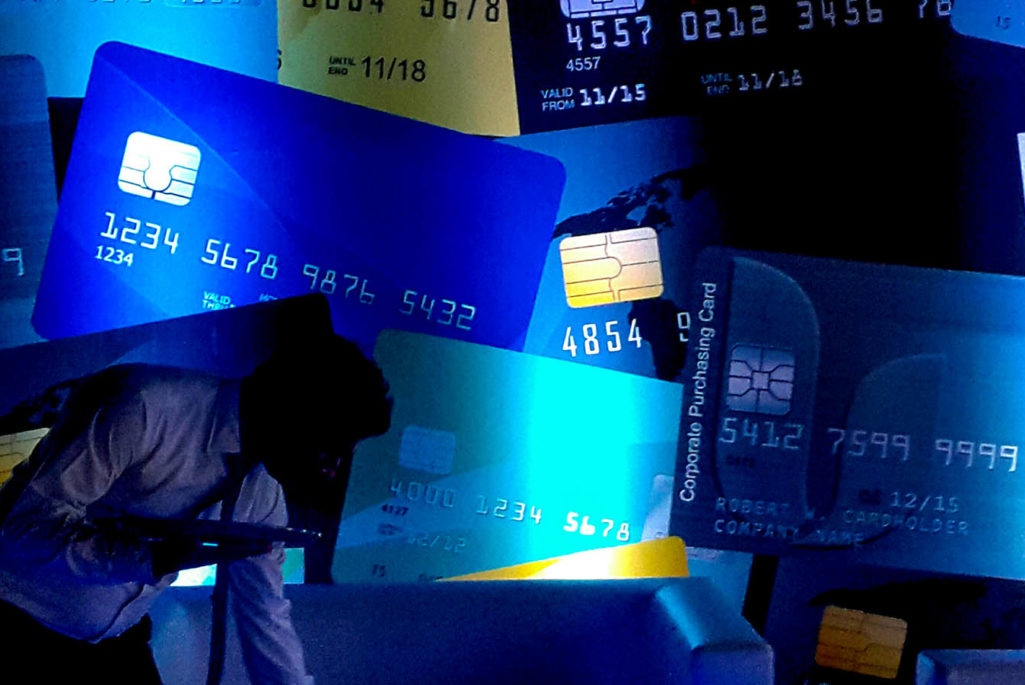 An Indian waiter makes his way past financially themed decorative panels at a function in Mumbai following India's shock move to withdraw high-denomination 500 and 1,000 rupee banknotes from circulation in a bid to tackle tax evasion. The sweeping abolition was meant to bring billions in so-called "black", or undeclared, money back into the formal system, the government says.

In the 25 years since India embarked on the path of economic liberalization in 1991, much has changed for Indian people and their economy. India’s economy has become eight times larger with a GDP of $2 trillion, and its foreign exchange reserves are 32 times larger.

The banking sector has played an important role in this economic transformation. It has significantly expanded its products, services and operations since 1991, and in this period, the proportion of the banked population almost tripled. Importantly, the sector successfully weathered the storm of the Asian financial crisis (1997-98), the dot-com bust (2000-01), and the global financial crisis (2008-09).

Banking remains the main source of credit to the Indian economy, providing 70 percent of the credit supply. While there are a number of private-sector banks in India, the sector continues to be dominated by public-sector banks, which account for more than 70 percent of the outstanding credit.

The deployment of credit is highly concentrated in the corporate sector, which consumes 50 percent of the credit, followed by 20 percent by the retail sector, 14 percent by micro, small and medium enterprises (MSME), 9 percent by agriculture and 7 percent by financial institutions and others.

Exhibit 1: The supply and deployment of credit in India is very concentrated Traditionally, banks in India have been strong at “siloed” risk management and have focused on areas such as regulatory compliance, loss control and credit assessment. In general, the banking system has lacked a holistic approach to risk management that cuts across risk types and businesses. For example, Indian banks have done well in transaction-level credit risk management—for example, through credit committees and delegation authority—however there has been a relative absence of portfolio-level risk guidance. While efforts have been made to articulate risk appetite more clearly, the risk function has not been involved significantly in strategic decision-making.

Significant effort is required in the Indian banking sector to coordinate risk management practices with global best practices, and this is particularly true of public-sector banks. One outcome of the structural elements of India’s banking sector—such as the concentration of supply and deployment of capital—coupled with the lack of effective risk management is the severe stress in the banking system seen in recent years. This has been further accentuated by the global and domestic economic slowdown.

The level of nonperforming assets (NPAs) at Indian banks is at a historic high, and the sector is among the most stressed in terms of asset quality globally. In fact, the levels of NPAs seen at the public-sector banks are higher than those seen in Italy, Greece and Portugal at the height of the Global Financial Crisis of 2008-10.

This decline in asset quality has led to Indian banks’ NPAs amounting to between $190 billion and $220 billion, as of March 2016. To put this into perspective, this amount is larger than the GDPs of nations such as Greece, Portugal or New Zealand.

Exhibit 3: Indian banks’ NPA levels are comparable to those in some European economies during the global financial crisis Our recent report on the Indian banking system exhorts banks to take immediate action along three areas in risk management for long-term, sustainable impact to boost the confidence of both the public and other stakeholders.

Enhance transparency. Currently, several concerns around the Indian banking sector emanate from a lack of confidence in the data, leading to poor assessment by investors of stress in the system. Even with recent efforts, disclosures by Indian banks are a far cry from their global counterparts. Improved transparency and trust in the data would alleviate exaggerated concerns. This will improve perceptions around the banking sector, improving access to capital.

Drive a broad-based transformation in risk and capital management capabilities. Today, risk functions face pressure from many directions. They comprise increased regulatory demands; higher market sensitivity to performance beyond the top and bottom line; macroeconomic uncertainty (both international and local); growing innovation in ways to manage both financial and nonfinancial risks; rapid advancement in technology; and more diverse risks, especially on the operational and nonfinancial fronts. The combination of these several forces presents the need to adapt quickly. A fundamental change is required in risk functions—a change that moves away from only regulatory compliance and toward strategic advisory.

Plug the gaps and clear the credit management mess. The gross NPA ratios for the Indian banking industry have reached 7.5 to 8 percent, driven by the corporate segment and new segments such as builder and engineering, procurement and construction (EPC) financing. Indian banks have lacked the right infrastructure to manage their portfolios, and as a result they could not reduce exposure to troubled segments and borrowers. Once again, the problem is more acute at the public-sector banks.

Asian economies can draw a number of lessons from the Indian experience and prioritize their risk management agendas. The largesse of the Indian banking system and the operational and structural imbalances leading to it can serve as a warning sign to other Asian economies, particularly in other emerging markets.

There are also lessons for other economies in terms of reducing their reliance on public-sector banks, which are traditionally known to be harder to manage, particularly given their scale.

Other Asian economies can adapt these lessons as per their unique circumstances, but one aspect will remain the same—the need to put in place well-thought-out risk management practices that can realistically be implemented.