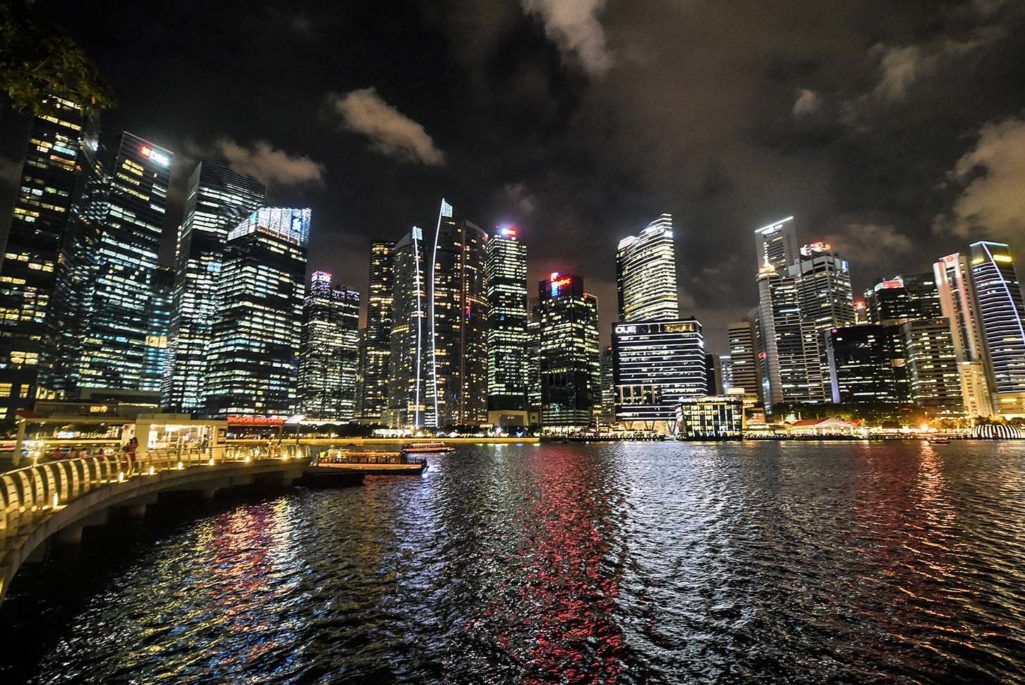 This photograph shows the skyline of the Singapore financial business district at night. Singapore is the top-ranked country in the Asian Digital Transformation Index.

Singapore ranks first in the Asian Digital Transformation Index, owing to its well-developed digital infrastructure, according to a recent survey.

In the rankings, Singapore is followed by South Korea, Japan, Hong Kong, Taiwan, Malaysia, China, Thailand, India and the Philippines, to round out the top 10.

The government continues to play a key role in the development of Singapore’s digital transformation. Its information and communication technology (ICT) policies and regulatory policies over the years are in sync with its vision of having a robust digital infrastructure in place. This has helped boost business and encourage digital development.

How Singapore fares with its counterparts in the region for the three main elements of the Index:

Though Singapore ranks highest in the Index in several infrastructure indicators like 4G mobile network coverage, ICT investment and ICT laws; in the human capital category, South Korea, Japan and Hong Kong take the lead. And even though the country earns a high score in STEM education, it lags behind a few of its counterparts in developing high quality IT engineers and developers. The report acknowledges the shortage of talent in Singapore compared to other countries in the region, for instance, regarding expertise in more advanced digital areas such as data analytics.

Only Japan ranks higher than Singapore in the strength of digital collaborations with other networks, companies, or communities. Forty-five percent of the respondents were involved in five or more such partnerships, and 23 percent were in more than 10 partnerships.

Digital partnerships have yielded several benefits including productivity improvements, faster speed to market, enhanced brand awareness, and most importantly, more innovative ideas for new products and services. Fifty-seven percent of those surveyed agree that their firms have benefitted largely from such collaborations. However, 75 percent of the respondents also believe that digital partnerships could yield more and that their firms would have to improve on leveraging these partnerships.