Wealth-Tech: China Is a Force To Reckon With 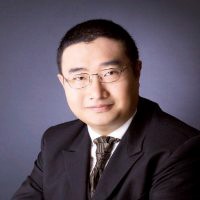 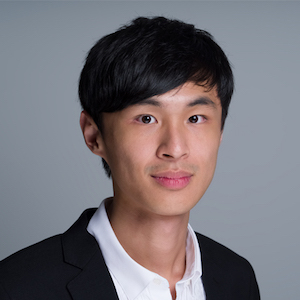 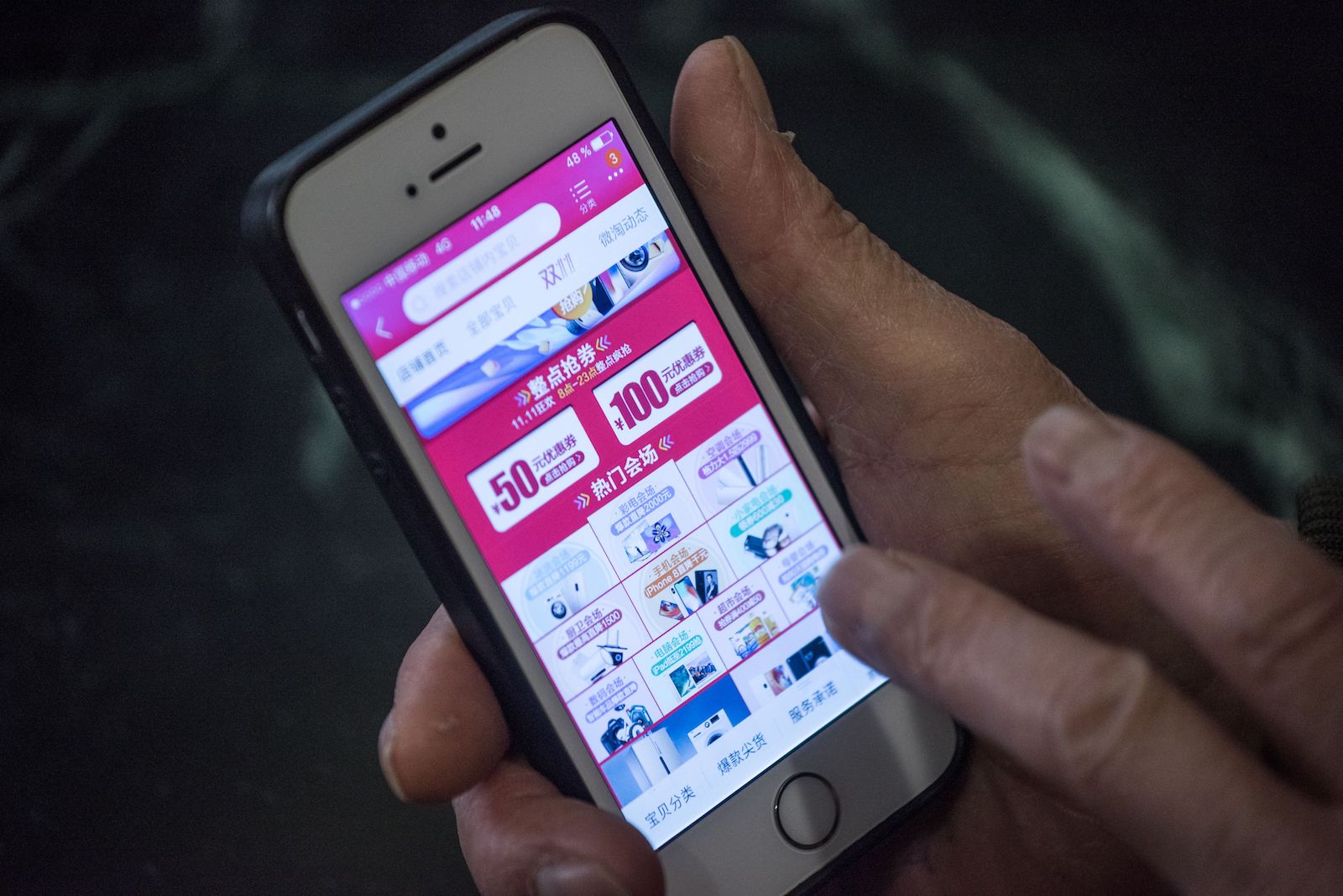 A Chinese store's website is shown on a smartphone. The Chinese have become accustomed to online shopping and mobile payments. Consequently, Chinese investors are receptive to new technologies and open to digital wealth management.

For example, the user interfaces of most banks and securities firms in Hong Kong are based on systems developed for institutional investors, and they are much less user-friendly for retail investors who want to trade online. Despite such suboptimal solutions, commissions are relatively high—usually between 0.1 and 0.2 percent. Moreover, access to basic market information incurs additional fees.

Currently, a wide range of technologies is helping to ease these pain points—in particular, big data, artificial intelligence, online social networks, mobile technology and the Internet of things. A new segment, wealth-tech, is now on the rise. It focuses on technology-based solutions and aims to enhance and transform the process and results of retail investment. These technologies have not only addressed retail investors’ pain points in efficiency and experience, but they have also helped wealth managers lower costs and reach a longer tail of potential customers.

Overview of the Wealth-Tech Market

Four submarkets include online securities trading, online marketplace investing, online crowdfunding and comprehensive online wealth management. The “to C” model consists of online securities trading, with a global transaction volume of $35 trillion; online marketplace investing, with a volume of $88 billion; online crowdfunding, at $8 billion; and online wealth management, where $5 trillion of assets are under management. Between 20 and 65 percent of the volumes in these submarkets are from China.

China has seen a significant accumulation of wealth, leading to demand for offshore investment. In addition, China is becoming a major force in financial technology and shaping the wealth-tech industry of the future. As Chinese consumers urbanized, they accumulated wealth. In 2017, the urban population reached 814 million, or 58 percent of the total, and it is expected to reach 899 million in 2022, or 63 percent. Continuous waves of urbanization have been the main driver of higher household income, better education, and increasing wealth for the mass population in lower-tier cities and urban areas. As such, Chinese per capita personal disposable income has continued to grow, albeit at a slowing rate, and reached $3,600 annually in 2017.

These increases in disposable income have driven up Chinese personal investable assets, which increased from $11 trillion in 2012 to $22 trillion in 2017, or at a compound annual growth rate of 15 percent. In the following five years, it is estimated, they will rise at a rate of 11 percent to reach $37 trillion.

Chinese investors’ offshore assets grew from $0.2 trillion in 2012, when they were just 2 percent of their total investment assets, to $1.1 trillion in 2017, when they were 5 percent of the total. That represents a compound annual growth rate of 38.1 percent. By 2022, offshore assets will reach $3.5 trillion after a compound annual growth of 26 percent over five years.

Offshore financial assets have grown more strongly than the other two asset categories, real estate and cash/deposits. Such growth is expected to continue: Between 2017 and 2022, it is estimated that offshore financial assets—consisting of equities, fixed income, insurance and alternative assets—will grow at a compound annual rate of 28 percent to reach $2.1 trillion.

Chinese investors are introducing a new set of characteristics and investment behavior to global markets, to a large extent driven by Internet-centered lifestyles. These changes have been driven by China’s Internet giants—known collectively as BATJ: Baidu, Alibaba, Tencent, and JD—which have established online ecosystems that provide a wide range of consumer services and have significantly changed customers’ daily behavior. Chinese investors have a number of distinctive characteristics.

A do-it-yourself spirit. Unlike their U.S. peers, who tend to rely on wealth or asset managers, many Chinese retail investors trade securities and purchase wealth management products directly. Reasons include a reluctance to trust other people with wealth-related decisions, underdeveloped wealth and asset-management industries and a speculation-oriented market.

Tech-savvy. The rapid development of Internet giants such as Alibaba and Tencent in the past decade has made the Chinese tech-savvy, and they are now accustomed to online shopping and mobile payments. One consequence is that Chinese investors are receptive to new technologies and open to digital wealth management. In addition, fintech players in China react to market demand quickly.

Price-sensitive. Chinese consumers are used to the online economy, where there is a high level of transparency and much information is available, and they tend to compare prices for the best value. In addition, the BATJs use their main businesses—such as retail, gaming, and advertisements—to subsidize different types of free service. As a result, Chinese consumers are often unwilling to pay for services. Advisory fees account for less than 5 percent of wealth managers’ total income, compared to more than 30 percent in the U.S.

The online retail securities market is for trading securities that have been ordered directly by individual or retail investors and then channeled to brokers via electronic media. The global transaction volume of retail securities rose from $44 trillion in 2012 to $59 trillion in 2017, representing a compound annual growth of 6 percent over five years and driven by an enlargement of the retail investor base. The percentage of online transactions more than doubled over the same period, from $8.8 trillion in 2012 to $27.8 trillion in 2017, or a compound annual growth of 26 percent. The big jump in 2015 was driven by the bull market in China.

China has become the largest market for online securities trading, contributing between 40 and 60 percent of the global online trading volume between 2015 and 2017, up from less than 20 percent in 2012. This is a result of both the development of China’s capital market and the increase in its online penetration.

A variety of players have now entered the market, including top traditional financial institutions with self-developed online platforms and alliances of information providers and middle-sized securities firms. As the online penetration rate reaches over 80 percent, major players are focusing their efforts on expanding their share of the existing market. Cooperation between Internet giants and leading securities firms is producing synergies between traffic and industry insight, as well as between services like wealth management advisory and standardized products available from online channels. For the foreseeable future, the Chinese market will play a more important role in the global online securities market and contribute to changes in the rules of the game.

Three attributes, namely, closed-loop proprietary technology facilities, excellent user experience, and effective, low-cost access, have helped new platforms establish a presence in markets such as in Hong Kong, where they are quickly capturing a share of local investors. These new platforms will continue to grow as Chinese wealth moves to other markets, such as Singapore and the U.S., and as technology-oriented experiences and low-cost services appeal to younger people.

Cliff Sheng is partner and Head of Financial Services, Greater China at Oliver Wyman. Prior to his engagement with Oliver Wyman, he was a partner at Estin & Co. He has also worked with McKinsey & Company and HSBC in the past.

Morven Mo is an associate at Oliver Wyman Hong Kong.

Margaux Nijkerk Ethereum Protocol Reporter at CoinDesk
URL: https://www.brinknews.com/wealth-tech-china-is-a-force-to-reckon-with/
Get ahead in a rapidly changing world. Sign up for our daily newsletter. Subscribe
​​