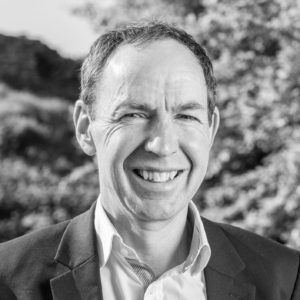 Mike Berners-Lee
Professor at Lancaster University, Author of 'There Is No Planet B: A Handbook for the Make or Break Years' 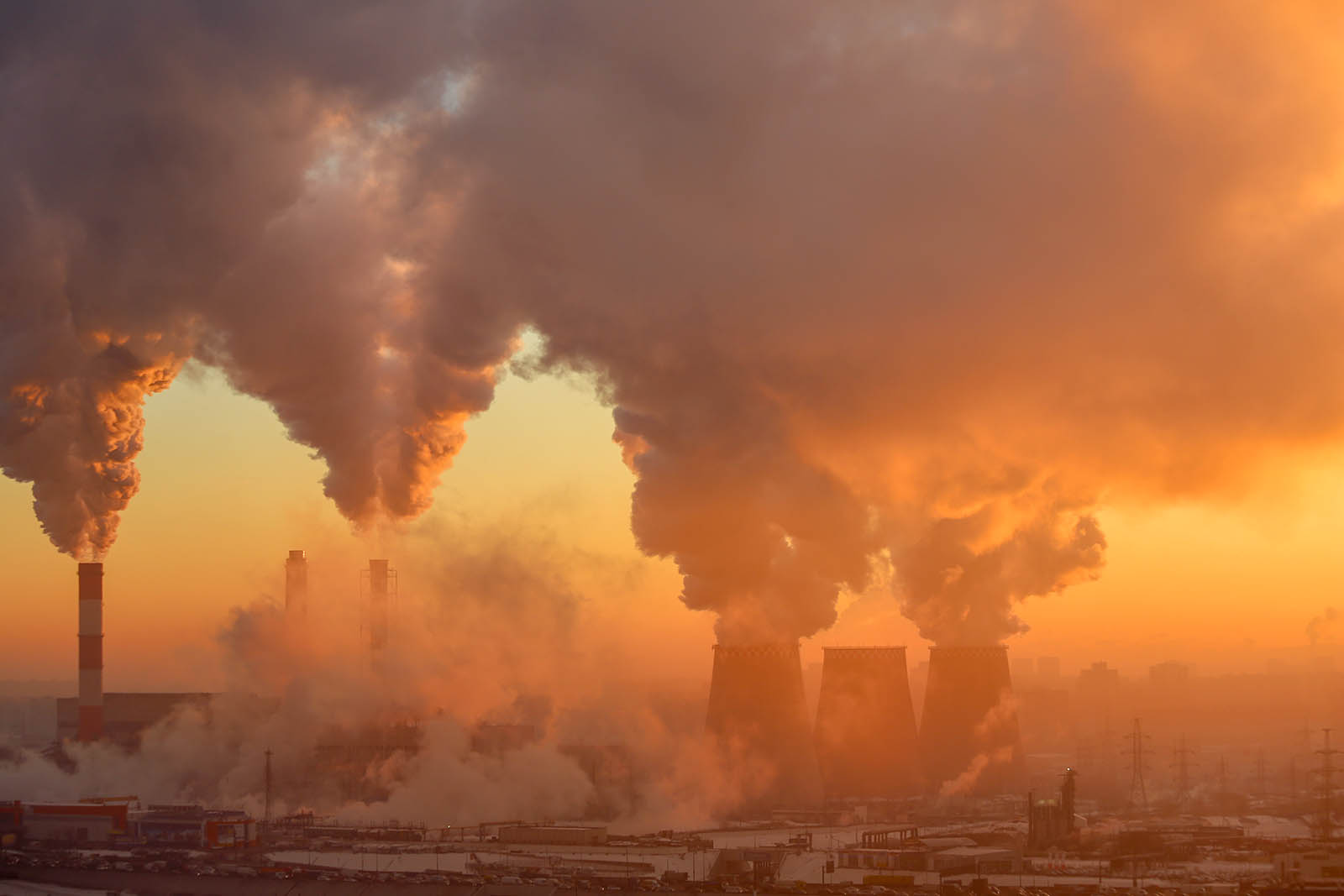 A factory photographed at dawn. The UN Intergovernmental Panel on Climate Change warned that the world has only a dozen or so years to ensure that global warming is kept to a maximum of 1.5 degrees Celsius.

In its latest report, the UN Intergovernmental Panel on Climate Change (IPCC) warned that the world has only a dozen or so years to ensure that global warming is kept to a maximum of 1.5 degrees Celsius. To mark Earth Day, BRINK’s executive editor, Tom Carver, spoke to Professor Mike Berners-Lee about his new book, There Is No Planet B: A Handbook for the Make or Break Years.

Tom Carver: Let’s talk about your title, first of all. You describe this book as a “handbook.” What do you mean by that?

Mike Berners-Lee: Well, the challenges we face are practical and real. And this handbook is intended to give guidance on what we should do on every scale. So it’s for individuals, businesses, politicians—for anybody who wants to have a role in helping us navigate the waters that we’re in.

Mr. Carver: One of the areas that you focus on is food and what we eat. How do you think the food issue, in relation to climate change, can be resolved?

Mr. Berners-Lee: Food and climate change really are inseparable, because whilst we deal with climate change, we also need to feed a growing population. And about a quarter of greenhouse gas emissions come from our food system.

The book traces the essential nutrients for humans, especially calories and proteins, but other vitamins and minerals as well, in their journey from the field, where they’re grown as human-edible crops, right through to the fork.

And what we find is that we grow a huge abundance of calories, protein, and all the micronutrients as well, but we build in some enormous inefficiencies into the system. The biggest single one that stands out is the enormous inefficiency of feeding so much human-edible food to animals, who give us back only a small proportion of that nutrition in meat and dairy.

So if you feed soybeans to a cow, for example, rather than have humans eat them directly, you get only something like 10 percent of the nutrition back again. And that nutrition, just by the way, is served up to us with a whole lot of burnt up methane, as well. So there’s an enormous greenhouse gas footprint, as well as a massive cut in the nutrition.

Mr. Carver: One of the striking differences in your approach in this book compared to other climate change books, is that you emphasize values just as much as technology and other types of solutions. Why are values so important?

Mr. Berners-Lee: If we’re serious about dealing with climate change, it’s no good looking at it from only one discipline. From a technical perspective, all the environmental challenges that we’re facing are solvable. That’s the very good news from the science and technology perspective. So the question becomes: What would it take for us to be solving the technically solvable challenges?

Some aspects of the challenges require an element of global system change and globally coordinated efforts. And that takes us into a whole lot of questions about values, including truth and trust, and the way that we think about each other and treat each other around the world. And our attitudes to other species as well.

I approach the values discussion not from the perspective of, “These values are nice to have,” but from a practical, and evidence-based perspective. What values would allow humans to deal with the global challenges that we’re faced with? And what values won’t allow us to do that?

The pursuit of shareholder financial value as the primary reason for existence is becoming problematic. Companies have to be part of helping humans and other species to live well.

Mr. Carver: But don’t you stand the risk of being accused of trying to change human nature? That’s a different thing to pull off.

Mr. Berners-Lee: Well, the good news is that there is very clear evidence that humans are actually capable, individually and collectively, of changing the values that they operate from and the values that are culturally normal.

One example would be that, over the last few decades, there’s been a rise of neoliberalism and free market values. One of the things they’ve done is increase the focus on individualism and the pursuit of extrinsic rewards. So if that’s possible, then the reverse of that is possible, and a greater focus on intrinsic rewards, and less materialistic rewards, and a greater focus on cooperation and empathy with, and respect for, people all over the world.

Mr. Carver: What are the implications of this for companies?

Mr. Berners-Lee: One of the things that is clear is that it’s okay for companies to make money, but the pursuit of shareholder financial value as the primary reason for existence is becoming problematic. Companies have to be part of helping humans and other species to live well on Planet A.

The second thing is that if a business wants to demonstrate corporate responsibility, they have to ask a much bigger question. For millennia, humans have operated in a context in which our power to influence the planet was small compared with the planet’s resilience to deal with everything we threw at it. So we could get away with treating the planet as a big, robust place.

But very recently, just in the last few decades that has changed, and suddenly the planet is fragile compared to our power to influence it. And that’s an incredibly important changing context for humanity to operate in. It requires us to raise the standard of our stewardship, massively and really quickly.

So the challenge for a business, if it wants to have corporate responsibility in this new context, is to be asking, “What are we doing to help create the conditions under which the world can deal with the big, systemic challenges that we face?”

Mr. Carver: So if there is recalcitrance to do the things that you recommend, how do you persuade organizations to change their behaviors?

IKEA, for example, is doing a really good job of reinventing its business model, it’s dematerializing things and breaking away from the old mindset about “The more furniture you sell, the more money you’ll make.” If you’re smart about this, you can make it work for you. 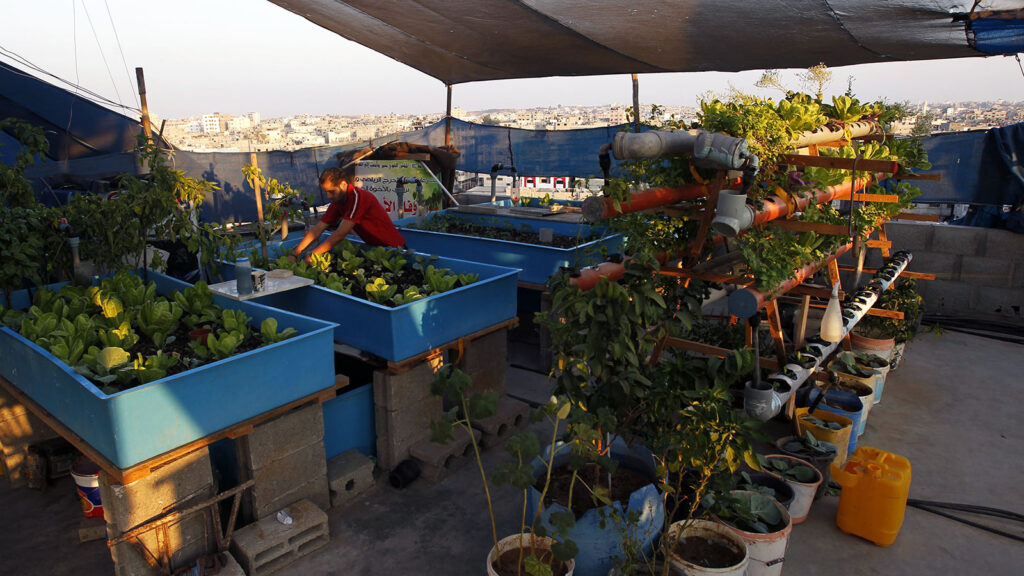