A Structural Response To Pandemic Threats 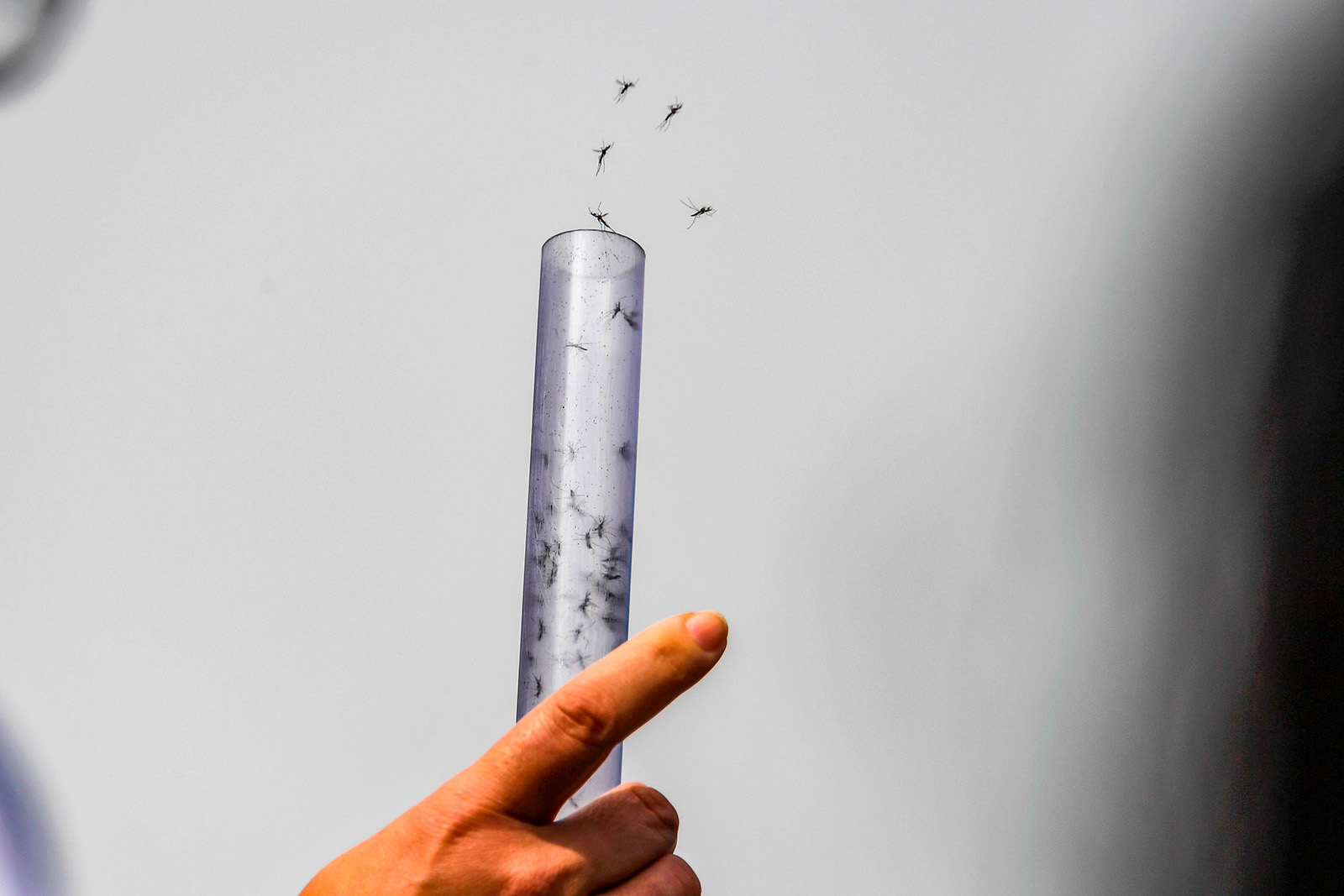 Experts release mosquitoes infected with a bacteria that prevents them from spreading dengue, Zika and Chikungunya in Brazil. The 100-year anniversary of the 1918 influenza pandemic has brought into focus the need to address the risks and costs of epidemics in a modern context.

This is the second piece in a four-part series about pandemics. You can find the first piece here.

As public health officials this year mark the 100-year anniversary of the 1918 influenza pandemic, trends in urbanization and globalization that have made the world increasingly crowded and connected have brought into focus the need for a strategic approach to addressing the risks and costs of epidemics in a modern context.

Ebola outbreaks in the Democratic Republic of Congo this year, Ebola outbreaks in Guinea, Liberia, and Sierra Leone in 2014-2016, and Zika outbreaks in Latin America and the Caribbean in 2015 and 2016 have brought the issue to the forefront. The U.S. Congress this month held hearings about the state of U.S. public health biopreparedness, identifying ways for anticipating, responding to, and mitigating many of these biological threats.

While there has been a dramatic drop in deaths associated with global pandemics—none have approached the estimated 20 million to 50 million deaths of the 1918 pandemic—the economic costs have remained consistently high. Ebola outbreaks in Guinea, Liberia, and Sierra Leone led to a $2.8 billion GDP loss in those countries. The Zika outbreak cost Latin America and the Caribbean region $3.5 billion. SARS, which reached more than two dozen countries around the world and infected an estimated 8,098 people, cost an estimated $52.2 billion in global economic loss.

As health officials, governments and global business leaders study and prepare for the ever-present threats of global outbreaks, many are examining the ways that financial structures, supply chains and information sharing can work together to prevent calamitous outcomes.

The Hidden Cost of Pandemics

Many estimates of the costs of pandemics fail to account for a concept known as intrinsic value, which accounts for intangible factors, such as elevated mortality. As pandemics worsen, the cost of a heightened mortality rate increases, almost eclipsing the tangible economic cost of lost income.

One paper, co-written by researchers in Hawaii and California and former U.S. Treasury Secretary and Harvard President Lawrence Summers, takes this intrinsic value into account in its analysis. In the event of a modern day pandemic that matches the severity of the 1918 outbreak, the paper predicts roughly 720,000 deaths per year—though the researchers acknowledge that this number is likely to fluctuate—and a cost of $570 billion.

The Problem with Existing Infrastructure

Preparedness is essential for pandemic response. However, evidence abounds that the appropriate funds and resources have not been allocated to properly handle an unexpected outbreak.

The World Health Organization runs the Contingency Fund for Emergencies (CFE), which holds money to disburse in response to sudden crises. “The ability to respond quickly—in as little as 24 hours—before other funding is mobilized can stop a health emergency from spiraling out of control, saving lives and resources,” specifies the CFE.

The goal of the CFE is to have $100 million on hand and to replenish that fund with $25 million to $50 million annually. However, between 2015 and 2018, only $69 million has been contributed, and almost all of that—precisely $53,696,054—has been disbursed in that same time period. Financial structures have, thus far, been depleted by relatively small outbreaks; they would likely not have sufficient funds to allocate in response to a more severe outbreak.

Moreover, the existence of a protocol or infrastructure to respond to public health crises is no guarantee of an adequate response to a sudden outbreak. A June 2016 report written as a retrospective on the U.S. Department of Health and Human Services Ebola response found that many existing protocols and response frameworks were either ignored or poorly suited for a rapid response.

For example, the independent panel compiling the report found that “the U.S. government was not well prepared to respond to emergent crises that require a rapid, integrated domestic and international response,” that the “HHS did not apply existing pandemic plans and coordination mechanisms during the Ebola response,” and that “the U.S. government was not prepared to deploy response personnel at the scale or rate required for the Ebola epidemic.”

Beyond governmental protocols, global supply chains also pose a risk to pandemic prevention. “The most common lifesaving drugs all depend on long supply chains that include India and China—chains that would likely break in a severe pandemic,” writes science writer Ed Yong in The Atlantic.

“Each year, the system gets leaner and leaner,” Michael Osterholm, a professor of public health at the University of Minnesota and the director of the University’s Center for Infectious Disease Research and Policy, told Mr. Yong. “It doesn’t take much of a hiccup anymore to challenge it.”

According to some estimates, a pandemic on the scale of the 1918 influenza outbreak could have catastrophic effects on the world at large.

One widely cited research paper from 2006 by Warwick J. McKibbin and Alexandra A. Sidorenko outlines four models of what a contemporary influenza pandemic might look like: a mild, moderate, severe, and ultra senario. While the authors caution that modeling pandemics is difficult given the dearth of historical data, their conclusions are dire. Even a mild influenza outbreak would result in 1.4 million deaths and cost approximately $330 billion dollars in lost economic output.

The costs are even higher as the severity of the outbreak increases: “A massive global economic slowdown occurs in the ‘ultra’ scenario, with over 142.2 million people killed and some economies, particularly in the developing world shrinking by over 50 percent,” they write. The loss to global GDP would be $4.4 trillion.

On the 100th anniversary of the 1918 influenza outbreak, marked improvements can be noted. However, preparedness is still not in its best possible state—which puts the world at risk. “For now, we will have to live with a world where a relatively minor flu outbreak in Mexico City can send markets reeling in Tokyo,” conclude Mr. McKibbin and Ms. Sidorenko.