An Extreme Case of Open Data and Transition in Burkina Faso 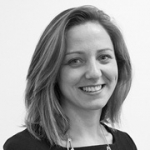 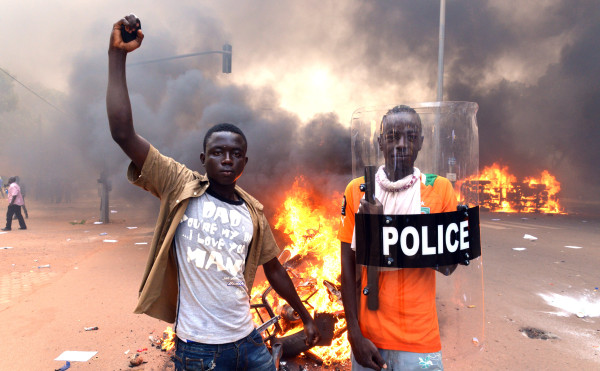 Protesters pose with a police shield outside the parliament in Ouagadougou, Burkina Faso on October 30, 2014 as cars and documents burn outside. One unexpected outcome of Burkina Faso’s revolution has been a strengthening of the country’s open data initiative.

Literally translated, Burkina Faso means “land of the upright people.” It has long been one of West Africa’s most stable countries, despite having one of world’s lowest GDPs and being surrounded by countries with serious security issues, like Mali and Nigeria.

In October 2014 Burkina Faso found its way onto TV screens around the world—a 36-hour popular uprising forced long-term leader Blaise Compaore from office. An interim administration was appointed and elections are planned for 11th October 2015, the first for 30 years without Compaore’s candidacy.

One unexpected outcome of Burkina Faso’s revolution has been a strengthening of the country’s open data initiative. The interim administration, reflecting on some of the root causes of the revolution, is looking to transparency, as well as youth employment in information and communication technologies (ICT), as a stabilizing force.

A small, dedicated government team built an alpha open data portal and pilot app the summer before the revolution, together with volunteers from civil society and some support from ODI and the World Bank, it was presented at the ODI Summit by the Director General Alfred Sawadogo.

In early March, World Bank colleagues and I visited Ouagadougou again, to work alongside government officials to support a strategic action plan for the next phase of Burkina Faso’s open data initiative, including a grant from the World Bank focused on climate change adaptation.

What we found in Ouagadougou exceeded my expectations: an accelerating adoption of open data and transparency by the interim administration and a fresh mandate to open up public sector datasets. I was shown a new portal allowing citizens to search for government contracting data, developed following a hackathon last December, a new app for suggesting open data projects, and a clear eagerness to explore how open data can support the country’s elections in October. I found that ANPTIC, the agency in charge of promoting of ICT, had grown in head count by 60 since last October, funded through the core government budget. This has enabled the open data team to expand to 6, with support from a wider team that now includes, for example, a director with responsibilities for applications. New apps for searching government contracts and suggesting open data projects have been developed.

The team is also now exploring, on the invitation of the interim executive, ways that their work can support and enable a successful transition. This includes thinking about ways that ICT and data can keep citizens informed of, for example, locations of polling stations, and potentially results. Watch this space!

A challenging few months lay ahead in Burkina Faso, not least the maintenance of the stability, which has characterized the five months since the revolution. Recent history is full of warnings of revolutions ended in turmoil.

Yet, the team has embraced this period as an opportunity to cement openness, transparency and innovation into the government’s way of working. In that way, Burkina Faso can be seen as an extreme example of an initiative dealing with a transition of government—a challenge that many governments face. And, there are potential lessons we might take from their experience to date.

We often think that it is the economic arguments that will make open data sustainable and give programs longevity. However, the experience so far in Burkina Faso’s transition suggests that emphasizing transparency at a time of transition can cement buy-in in two ways. The first is that transparency is usually a good strategy for signifying a change to business as usual, especially in contexts where trust is low. The second is that a transition is a good time to push for transparency, as at least in the immediate term, the actions and decisions being exposed are those of someone else.

Then again, a lesson might be that tapping into the current political trend or catching the zeitgeist is a good way to stay relevant, and for open data initiatives to thrive in the context of political transition. We shall have to wait until the dust settles after the 11th October elections, but if the current trajectory continues, Burkina Faso will be an example to the region and the world of an open data initiative not just surviving but perhaps even enabling a transition of government.

This piece first appeared on The World Bank Blog

Liz Carolan manages the ODI’s collaboration with the Open Data for Development Network. She joined the ODI from the Institute for Government, where she developed and project managed learning programs for public officials and those engaging with government.