Anti-Corruption Efforts in Asia Leave Much to be Desired 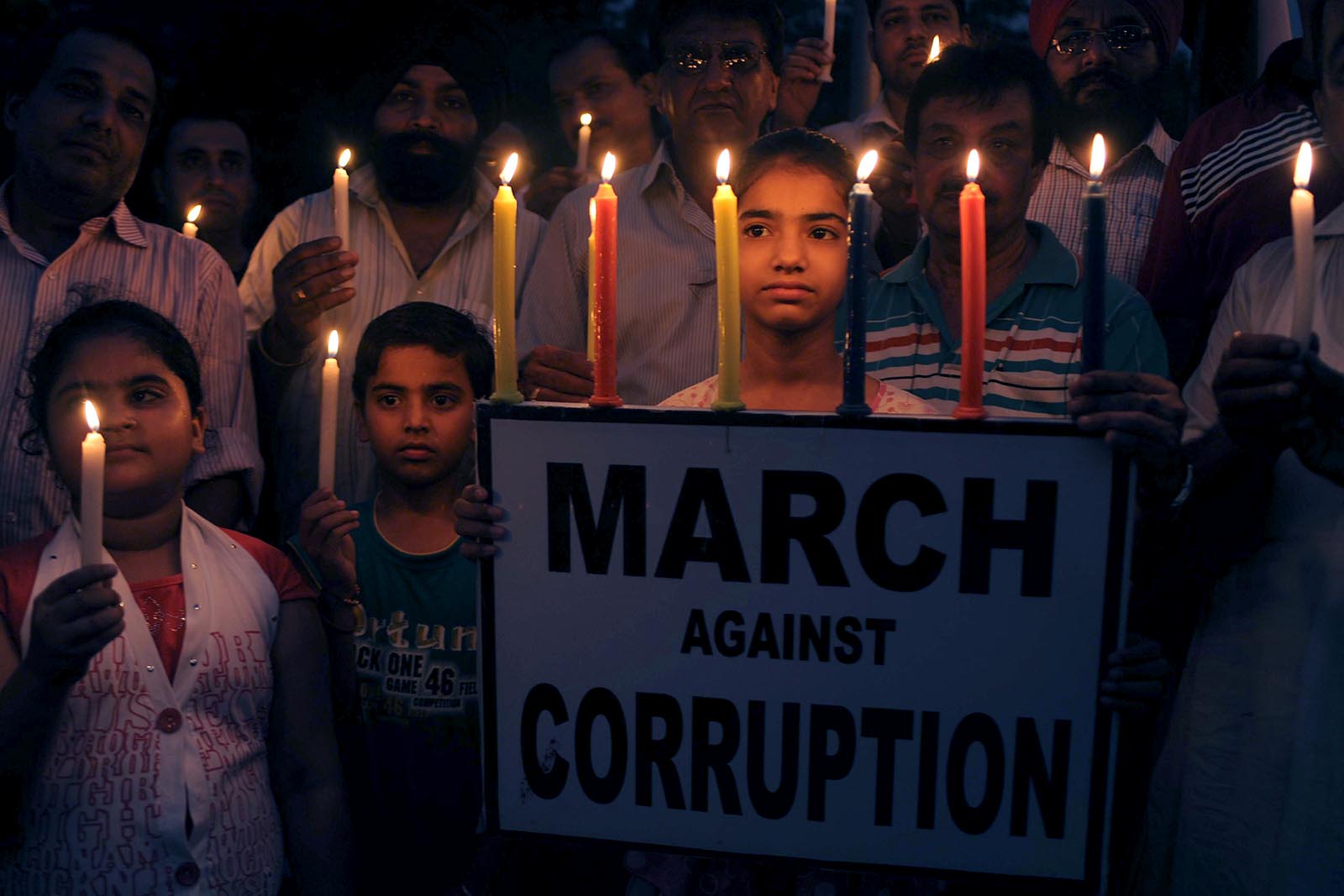 Anti-corruption supporters hold placards and candles during a protest against corruption in Amritsar, India. The region as a whole has seen little to no progress on corruption in recent years.

The 2018 CPI draws on 13 surveys and expert assessments that highlight the continued failure of most countries to significantly control corruption, subsequently contributing to a global crisis of democracy.

“With many democratic institutions under threat across the globe—often by leaders with authoritarian or populist tendencies—we need to do more to strengthen checks and balances and protect citizens’ rights,” said Patricia Moreira, managing director of Transparency International. “Corruption chips away at democracy to produce a vicious cycle, where corruption undermines democratic institutions and, in turn, weak institutions are less able to control corruption.” Globally, more than two-thirds of the countries surveyed fared poorly on the index, scoring below 50 and averaging a score of only 43. Over the past six years, only 20 countries have significantly improved their scores, while 16 have seen their performance deteriorate, particularly Australia. New Zealand and Singapore have been consistent performers, the former having topped the index among Asia-Pacific countries with 87 points. Meanwhile, Somalia (the bottom-most ranked country) has registered no improvement over the past two years and scored a dismal 10 points. Regionally speaking, Western Europe performs best, with an average score of 66, while the lowest-scoring regions are Eastern Europe and Central Asia (35) and Sub-Saharan Africa (32).

Asia-Pacific Continues to Grapple with Corruption

While countries such as New Zealand, Singapore and Australia—with scores of 87, 85 and 77, respectively—lead the pack in Asia-Pacific, it would be fair to say they are the exception and not the norm. At the other end of the spectrum, persistent and widespread corruption continues to plague many countries in Asia-Pacific.

The region has barely made any progress in the fight against corruption over the past three years, with its average score remaining stagnant at 44. Surprisingly, as a region, it is on par with the Americas, which had an average score of 44, too. One of the main reasons for Asia-Pacific’s poor progress “is an overall weakening of democratic institutions and political rights,” according to the report. Although the region as a whole has seen little to no progress in recent years, there are a few countries that have seen efforts to tackle corruption bear fruit. South Korea for example, has improved its score by three points (from 54 to 57) since 2017. It successfully overcame high profile corruption scandals that put the nations’ judicial system and institutions to test.

Similarly, in Malaysia, a change in government is continuing to unravel corrupt transactions from the past. Meanwhile, India managed to improve its score by only one point (from 40 in 2017 to 41 in 2018) as it enters an election year. This is because after the “spectacular public mobilization” against corruption seen in 2011, not much has been accomplished with “little to no movement on the ground to build the specialist anti-corruption infrastructure required.”

The Crisis of Democracy

There is a clear link established between corruption and health of economies when extrapolating cross analysis with global democracy data. Typically, full democracies score an average of 75 on the CPI while inconsistent democracies recorded an average of 49. Hybrid regimes, which are liable to exhibit autocratic tendencies, scored 35, with this subset witnessing the poorest performance. The poor rankings of several countries reflect the weakening of rule of law and democratic institutions, as well as a rapidly shrinking space for civil society and independent media, in those countries.

Delia Ferreira Rubio, chair of Transparency International, summarized the link between corruption and democracy thus: “Our research makes a clear link between having a healthy democracy and successfully fighting public sector corruption. Corruption is much more likely to flourish where democratic foundations are weak and, as we have seen in many countries, where undemocratic and populist politicians can use it to their advantage.”

This is a vicious cycle Asian economies cannot afford to enter into.