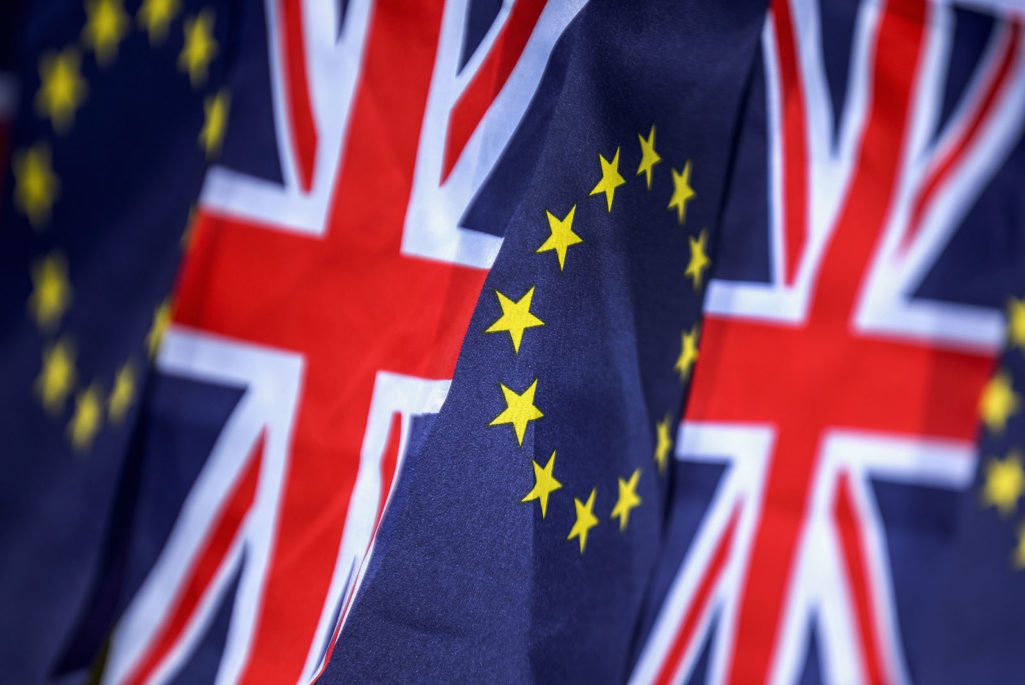 In this photo illustration, the European Union and the Union flag sit together on bunting. The UK will hold a referendum on June 23 to decide whether or not to remain a member of the EU.

When David Cameron announced plans to hold referendum on Britain’s participation in the European Union earlier this year, he intended to quash the sentiment of a “Brexit” once and for all. Cameron had struck an agreement of debated significance with leaders in Brussels to reevaluate the terms of Britain’s participation in the EU, affording the UK greater autonomy and decision-making power. After securing concessions that would strengthen the case for remaining in the EU, Cameron was confident that Britons would reject a risky departure.

As the June 23 vote nears, however, the outcome of the historic referendum has grown increasingly unclear. The latest polls show that the pro-EU side has a slight edge, but the numbers have fluctuated in recent months. Those who support remaining in the EU warn of the economic and geopolitical fallout if Britain leaves. Supporters of the Brexit argue that Britain would benefit economically by not paying into the EU while still able to negotiate favorable trade deals, be able to exercise sovereignty over their own laws and would be better positioned to determine national security if it weren’t tethered to the EU.

Outside the UK, there is speculation that the Brexit vote could spark a series of similar votes on EU membership. A recent Ipsos poll of nine leading EU states found that nearly half of those polled believed the referendum would lead other nations to bring EU membership up for a vote.

Recently, leading experts on domestic and foreign affairs in the UK convened at the Brookings Institute to discuss to discuss the potential risks, rewards and uncertainties of the Brexit.

“Europe without Britain would be fundamentally different,” Douglas Alexander, senior fellow at Harvard University’s Kennedy School of Government and former UK shadow foreign secretary, said in his opening remarks. Without Britain, a powerful economic player and home of the largest financial center in the world, “[Europe] would be less influential on the world stage.” Additionally, Alexander said, Britain would have less leverage to trade internationally without the backing of the EU.

John Longworth, former director general of the British Chambers of Commerce, countered that Brexit would be an opportunity for economic liberation. Smaller, independent nations are more “nimble” when it comes to international trade, which would allow Britain to “swiftly negotiate trade deals.” He also said that the Brexit debate symbolizes a broader class division in the EU.

“We have European elites interfering with the lives of everyday Europeans,” Longworth said, likening Brexit to a modern-day Peasants’ Revolt.

Outside the UK, there is speculation that the Brexit vote could spark a series of similar votes on EU membership.

The backlash against immigration in the UK has added tension to the Brexit debate. The EU guarantees citizens’ freedom of movement among its 28 member countries, which has led to record-high immigration levels in the UK. The growing refugee crisis in Syria has heightened these tensions.

“This [referendum] will be determined more by domestic policy in the UK and not foreign policy,” Alexander said. These domestic policy-centered decisions, however, may have dramatic constitutional consequences.

According to Anand Menon, professor of European Politics and Foreign Affairs King’s College London, Scotland, Wales and Northern Ireland are largely pro-EU, but may try to leave the Union if the Brexit vote passes. This could heighten tensions among countries within the EU and create constitutional instability. Vote Leave, the strongest voice on the pro-Brexit side of the debate, argued that leaving the EU could grant countries such as Scotland greater independence, though others disagree.

Beyond the borders of the UK, both sides agree that a Brexit would result in dramatic geopolitical changes, but their visions for the consequences of Europe differ drastically.

Alexander said that a Brexit would cause more “razor-wire fences” to go up, reinforcing xenophobia across the 28-country bloc. Longworth suggests a rosier outcome, where Britain leaving the EU would serve as “a beacon for other countries within Europe to demand reform,” creating greater accountability and transparency.

During the final panel discussion, Heidi Crebo-Rediker, senior fellow at the Council on Foreign Relations, discussed an underlying risk amid the diverging predictions about Britain’s exit from the EU.

“The one thing we can be absolutely certain about [if the Brexit passes] is uncertainty,” she said. The range of predictions offered by economists and political scientists may help foster debate around the Brexit, but there is no precedent to help orient or ground these predictions. Professor Menon highlighted this fact when discussing the predicted economic outcomes of a Brexit: Some models predicted as much as a 3 percent decrease in Britain’s GDP, while others predicted up to a 1 percent increase.

In an already fragile economy, according to Crebo-Rediker, lack of certainty only creates greater instability.

“I would imagine it’s going to be incredibly messy to negotiate a country the size of the UK out of the European Union,” Crebo-Rediker said. “That level of uncertainty hits foreign direct investment, which the UK [strongly] depends on.”

Alex Chapman Senior Researcher at The New Economics Foundation
URL: https://www.brinknews.com/as-uks-brexit-vote-nears-uncertainty-heightens-debate/
Get ahead in a rapidly changing world. Sign up for our daily newsletter. Subscribe
​​