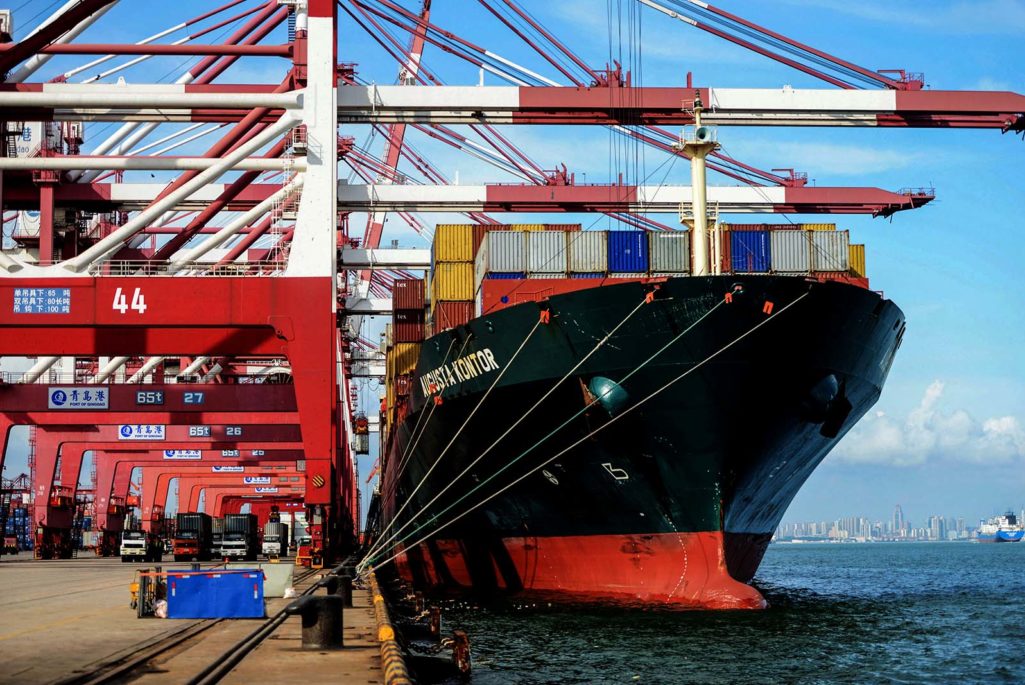 Cargo containers wait to be transported on a ship at a port in Qingdao, eastern China's Shandong province on August 8, 2016. China's economy, the world's second largest, struggled in July with a worse-than-expected trade performance as imports plunged 12.5 percent year-on-year.

Asia is set to see solid economic growth through the remainder of 2016 and into 2017, but strong downside risks—including a fragile external economic environment, ballooning private debt and increasing political pressure against economic openness—could jeopardize the region’s economic performance, according to the Asian Development Outlook 2016 Update.

The region’s gross domestic product (GDP) is expected to grow at 5.7 percent in 2016 and in 2017, marginally lower than the 5.9 percent growth seen in 2015. This update to the Asian Development Outlook, published in March, revises 2016 growth figures for China upward, owing to “surprisingly fast growth” in the first half of 2016.

According to the update, strong monetary and fiscal stimulus helped boost domestic demand in China in the first half of the year, and its economy is now expected to grow at 6.6 percent in 2016 and 6.4 percent in 2017, a little higher than was expected in March. South Asia—led by India—will contribute most to the region’s economic growth in this period, and is expected to grow at 6.9 percent this year and 7.3 percent in 2017. These numbers are supported by India’s strong growth forecast (7.4 percent in 2016 and 7.8 percent in 2017), which is “buoyed by reform to the banking sector, the enactment of value-added tax legislation and a favorable monsoon,” according to the update. Moreover, India is expected to see strong private consumption as a result of double-digit increases in government wages and pensions; and balance sheet structuring and leverage reduction at large corporations is expected to revive investment next year.

Meanwhile, Southeast Asia is expected to grow at 4.5 percent in 2016 and at 4.6 percent next year “on the back of strong infrastructure investment” in Indonesia, the Philippines and Thailand.

Among the key risks confronting Asia’s economic performance is the weak economic recovery in the U.S., Europe and Japan, the report said, adding that interest rate hikes by the U.S. Fed—if and when they happen—could “disrupt capital flows and complicate macroeconomic management.”

Second, swelling private debt could dampen the regional growth outlook. In Asia, between 2008 and March 2016, the average debt-to-GDP ratio for households increased by 15 percent, while the same for non-financial companies increased by 24 percent. These increases, if unchecked, could put a strain on national budgets going forward.

Another downside risk facing Asian economic growth, according to the update, relates to political pressures to retreat from openness in trade, particularly given subdued external demand.