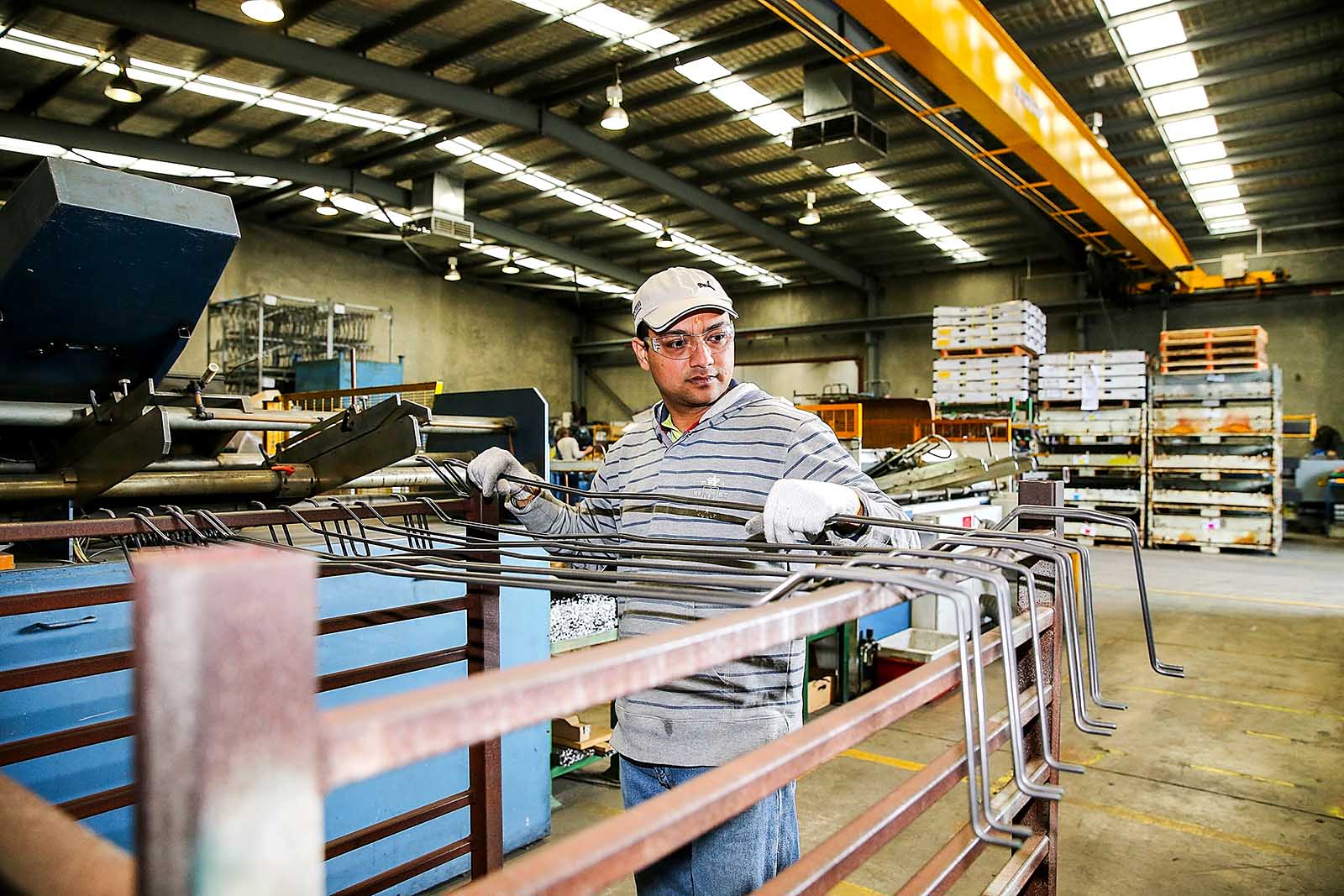 An employee works at a manufacturing plant that creates components for the motor industry in Adelaide, Australia. In 2015–16, an estimated 48.7 percent of all employing firms in Australia were active innovators—with the manufacturing sector taking the lead.

The advantages of innovation go beyond economic benefits, and its impact on the quality of daily lives in Australia is significant, according to a recent report from the Office of the Chief Economist in the Australian government’s Department of Industry, Innovation and Science. “The living standards of Australians have risen due to innovations including those in healthcare, communication, education, services, infrastructure and environmental sustainability,” the report says.

In 2015–16, an estimated 48.7 percent of all employing firms in Australia were active innovators—with the manufacturing sector taking the lead. Currently, 58.3 percent of manufacturing firms are innovation-active, as compared to 53.4 percent in 2007-08.

Retail trade followed closely at 58.1 percent, while the least innovation-active sector was agriculture, forestry and fishing, at 29 percent. “In 2014–15, the overwhelming majority of Australian innovators across all business sizes were domestic modifiers …, and this has been the case since at least 2008–09,” the report says. This is in contrast to introducing new-to-market innovations, an area in which Australia ranked 23rd out of 31 OECD countries in 2015. These new-to-market innovations are the ones that provide businesses with a greater competitive advantage.

Contribution of High-Growth Firms in Australia Australian businesses and HGFs in particular are keen on technology adoption. In 2015-16, income derived from Internet business was more than AU$320 billion, a significant increase from AU$144 billion only five years earlier. During the same period, more than 50 percent of Australian businesses placed orders over the Internet, 40 percent had a social media presence and 30 percent used paid cloud computing services.

Impact of Innovation on Organizational Growth

Globally, the OECD’s Digital Economy Outlook 2017 positions Australia at par or exceeding the OECD average, “suggesting that framework conditions in Australia are more favorable to the creation of innovative startups, new business models and new services enabled by digital technologies.”