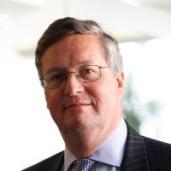 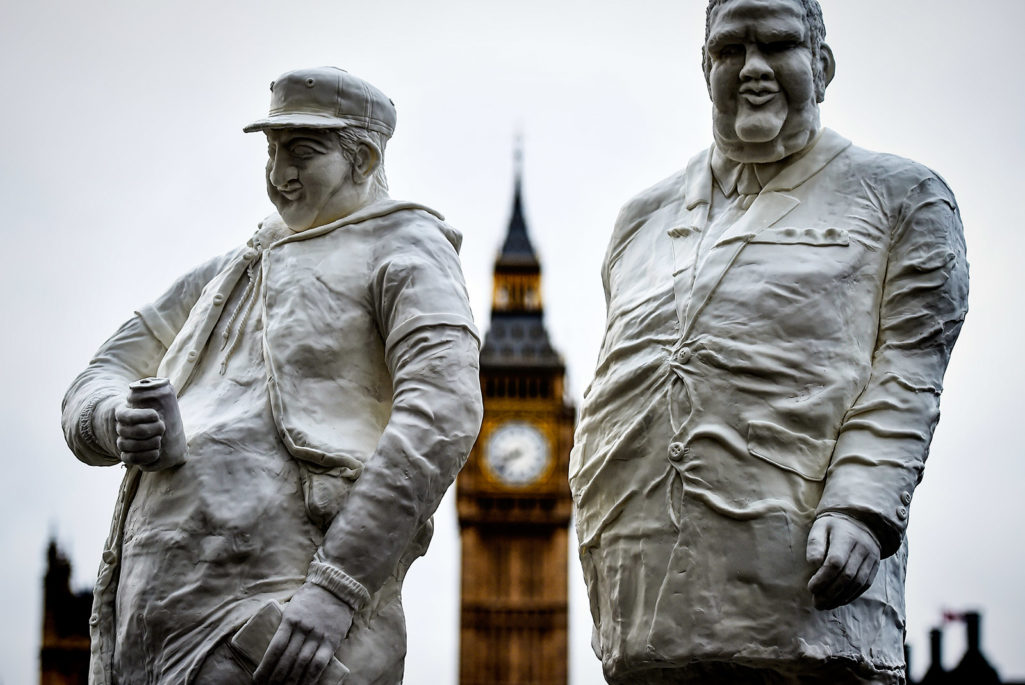 Sculptures made from sugar stand in front of the Houses of Parliament in London on December 1, 2015 to highlight the need for the public to reduce their sugar intake. A health select committee report published on November 30, 2015 urged British Prime Minister David Cameron to take urgent action and back a call for a sugar tax to tackle child obesity.

The world has a sweet tooth, and it’s wreaking havoc on global health and economies.

Over the past 50 years, worldwide sugar consumption has more than tripled. This increased consumption is believed to be driving the rise in obesity and diabetes, as high intake of free sugars—particularly in the form of sugar-sweetened beverages—is associated with weight gain in adults and children.

Today, about 30 percent of the world population is overweight or obese. Diabetes, which is closely linked to obesity, affects nearly 10 percent of adults. Every year, at least 2.8 million people die as a result of being overweight or obese. In 2012, an estimated 1.5 million deaths are directly caused by diabetes and 17 million more died as a result of associated cardiovascular disease.

Beyond the human toll, the associated cost of these diet-related chronic diseases is staggering. Obesity-related ill health in the UK costs the National Health Service about $5.67 billion per year. In the United States, the direct medical care costs of obesity are estimated to be more than $190 billion. The World Economic Forum declared chronic diseases to be the second-biggest drag on the global economy.

Increasingly, nations are implementing taxes on sugary foods and drinks to reduce sugar consumption. Such “sin taxes” are designed to improve public health by discouraging people from purchasing unhealthy products, similar to taxes on cigarettes and alcohol. France, Mexico, Hungary and Chile have a tax on sugary drinks, as does Berkeley, California. Governments in India, Indonesia and the Philippines are preparing to impose a similar sugary drink tax. The UK is expected to make a decision on its own sugar tax soon. The tax may be included in the government’s long-awaited (and debated) national childhood obesity strategy.

Such regulatory measures generate headlines because they are controversial, but the reality is the long-term impact of such taxes is yet unknown. And more importantly, the challenge is too complex for any single-focus strategy. Regulatory measures are part of the solution, but only part, and we shouldn’t get too bogged down in debate over sugar taxes.

During the annual World Economic Forum in Davos, Switzerland, this year, Oliver Wyman convened representatives from a variety of Fortune 100 companies in the healthcare, retail and food industries with food/health activists and senior academics for a discussion on new approaches to the sugar challenge.

“The answer isn’t only unidimensional; this isn’t only about prohibition,” said panelist Charles Alessi, a UK physician and advisor to Public Health England. “The fundamental is around behavioral change, and we need a balanced approach to actually achieve that.”

Sam Kass, former White House chef and past executive director of Michelle Obama’s Let’s Move initiative, made the point that people have a strong emotional connection with food, and so stakeholders must think beyond prohibitory measures. “I think if our strategy is to say to people they can’t have jam, we’re going to lose; we don’t stand a chance,” Kass said. “Food is the deepest expression of who we are as a culture.”

Kass then initiated a lively discussion on the importance of “rebranding” healthy foods. “We’ve been trying to tell people, ‘Broccoli has fiber.’ [But] love and sex beats fiber every single time,” he said. “We have to start taking that kind of sophisticated approach to communicating this better way of life.”

“Marketing is incredibly sophisticated at manipulating people into making certain choices,” agreed Jonathan Jackson, CEO of Dimagi, a social enterprise that delivers open-source software technology to underserved communities. “Public health dramatically underutilizes this. Why are we not working with them?”

The discussion then turned to an exploration of how marketing and industry’s keen sense of consumer insights could be tapped to change consumer behavior. “I think we have to open up the discussion beyond the usual players into how we can all come together to create healthier environments and ecosystems for health,” said Eva-Maria Hempe, Project Manager for Global Health and Healthcare at the World Economic Forum.

Food and retail industry leaders acknowledged the role their industries have to play, including using their marketing expertise to influence consumer behaviors and encourage healthier eating habits. “It’s so easy to tax or to do other things, but it’s not changing the world of how you behave,” said Dick Boer, CEO of Royal Ahold, a grocery holding company, and Co-Chair of Health and Wellness for Consumer Goods Forum, an industry association. “The real thing is behavior and understanding of our consumers. We, as retailers, see that as one of our tasks.”

Indeed, to effectively address the global obesity crisis, we need to harness the positive contribution from the food and retail industries to develop joint campaigns with governments and public health players to deliver real change. In particular, we need to use the huge understanding of behaviors and marketing skills of industry to tackle nutritional habits. Only when the major stakeholders are able to work collaboratively across industries and entrenched perspectives will we be able to achieve lasting change.

Crispin Ellison is a Partner in Oliver Wyman’s Health & Life Sciences and Public Policy practices. He advises senior government and health decision-makers on policy, strategy, performance improvement, and cost reduction. He has worked with top government and parliamentary decision makers in the UK, the EU, and the Middle East. His clients include central government departments in the UK,  EU commissioners and their teams, the UK National Health Service, and GCC governments.