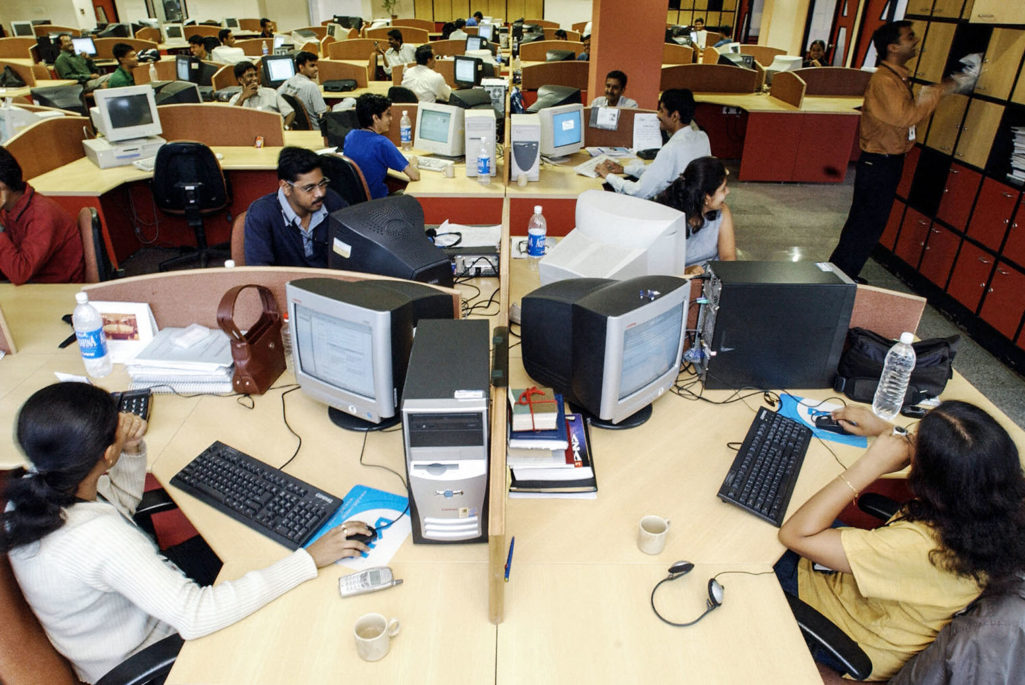 Software Professionals of Indian software firm Ivega Corp work at their workstations at the company's office in Global Village in India's technology hub on the outskirts of Bangalore.

Just as foreign exchange costs create headwinds for many multinational organizations, currency fluctuations are contributing to the cost of expatriate packages for those on the front lines of globalization. But armed with the right data, companies can make the right calls when budgeting for and ensuring the security of their expatriate talent.

Cost volatility is a given, of course, driven by economic and political risk, judging from Mercer’s 21st annual Cost of Living Survey. It finds that such factors as the instability of housing markets and inflation for goods and services have a significant impact on the overall cost of doing business in a global environment. (The survey includes 207 cities across five continents and measures the comparative cost of more than 200 items in each location, including housing, transportation, food, clothing, household goods, and entertainment.)

Indeed, the global economy has become increasingly interconnected, with close to 75 percent of surveyed multinational organizations expecting long-term expatriate assignments to remain stable or increase over the next two years to address business needs. Sending employees abroad is necessary to compete in markets and for critical talent, and employers need a reliable and accurate reflection of the cost to their bottom line.

The 2015 report saw Asian and European cities—particularly Hong Kong (the second most expensive city in the world), Zurich (third), Singapore (fourth), and Geneva (fifth)—topping the list of most expensive cities for expatriates. The costliest city for the third consecutive year is Luanda, the capital of Angola. Despite being recognized as a relatively inexpensive city, the cost of imported goods and safe living conditions in this country are available at a steep price.

The new survey complements Mercer’s annual Quality of Living Survey, which provides vital information and hardship premium recommendations for over 440 cities throughout the world and ranks 230 of them for quality. Such factors as political, social, and economic environment; medical and health considerations; schools and education; public services; recreation; and housing are weighted. Vienna ranked as the top quality-of-living city, with Baghdad rated last.

Change remains the only constant in the global business environment. If anything, the nature of risk is evolving, especially with regard to expatriate or travelling employees. For example, a new report describes the growing phenomenon of “detention risk,” as opposed to ransom-based kidnapping:

Governments, insurgents, and terrorist organizations are abducting employees not to make money, but to gain notoriety or for political reasons. Without a ransom demand, an involuntarily confined person is referred to as “detained.” Each detention event requires a specialized approach to try and negotiate the safe return of the hostage, depending on the ideology or motivation of the abductors. And the risk is not just faced by global corporations but by companies of all sizes.

Such new realities pose an obvious challenge for organizations, and the power of data can help assess and mitigate security risks, while costs can be measured in all their disparity and fluidity. Aligning workforce and mobility strategies by ensuring the right employees are in the right places is more critical than ever to manage globalization, and properly compensating employees on international assignments is as important as it is costly.

That’s especially so for emerging mobility programs that feature smaller pools of candidates and higher business needs for sending employees on international assignments. It is essential that these organizations have accurate and transparent data as they consider how to compensate fairly and in line with market demands.

A scan of the 2015 Cost of Living rankings reveals a world of change spurred largely by currency fluctuations, as cities in the United States climbed dramatically due to the strengthening of the dollar against other major currencies.

In South America, Buenos Aires (19) climbed 67 places to rank as the costliest city this year due to a strong price increase for goods and services, which was followed by São Paolo (40) and Rio de Janeiro (67). And Canadian cities dropped in this year’s ranking, with the country’s highest-ranked city, Vancouver (119), falling 23 places, and Toronto (126) dropping 25 spots, as the Canadian dollar weakens against the U.S. dollar.

As for Europe, its currencies also have weakened against the U.S. dollar, pushing most Western European cities down in the rankings. Other factors—the eurozone’s economy, falling interest rates, and increasing unemployment—are affecting these cities, too. However, Switzerland remains one of the most expensive locations for expatriates due to the surge of the Swiss franc against the Euro.

Other cities appearing in the top 10 of Mercer’s costliest cities for expatriates are Shanghai (6), Beijing (7), Seoul (8), Bern (9) and N’Djamena (10). The world’s least expensive cities for expatriates, according to Mercer’s survey, are Bishkek (207), Windhoek (206), and Karachi (205). India’s most expensive city, Mumbai (74), climbed 66 places in the ranking due to its rapid economic growth, inflation on the goods and services basket, and a stable currency against the U.S. dollar.

Notably, five of the top ten cities in this year’s ranking are in Asia. Hong Kong (second) is the most expensive city as a result of its currency pegged to the U.S. dollar. Next come Singapore (fourth), Shanghai (sixth), Beijing (seventh), and Seoul (eighth)—all climbing in the ranking with the exception of Singapore, which remained steady. Tokyo (11) dropped four places. Chinese cities jumped in the ranking due to the strengthening of the Chinese yuan along with the high costs of expatriate consumer goods.

If anything, the data reveals how much difference a year can make—and how challenging it can be to weigh expatriate cost and risk over multiple years.