Biodiversity Lost: Choking the Life out of SE Asian Ecosystems 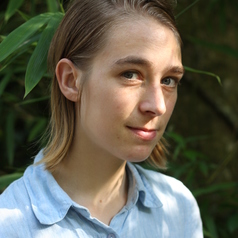 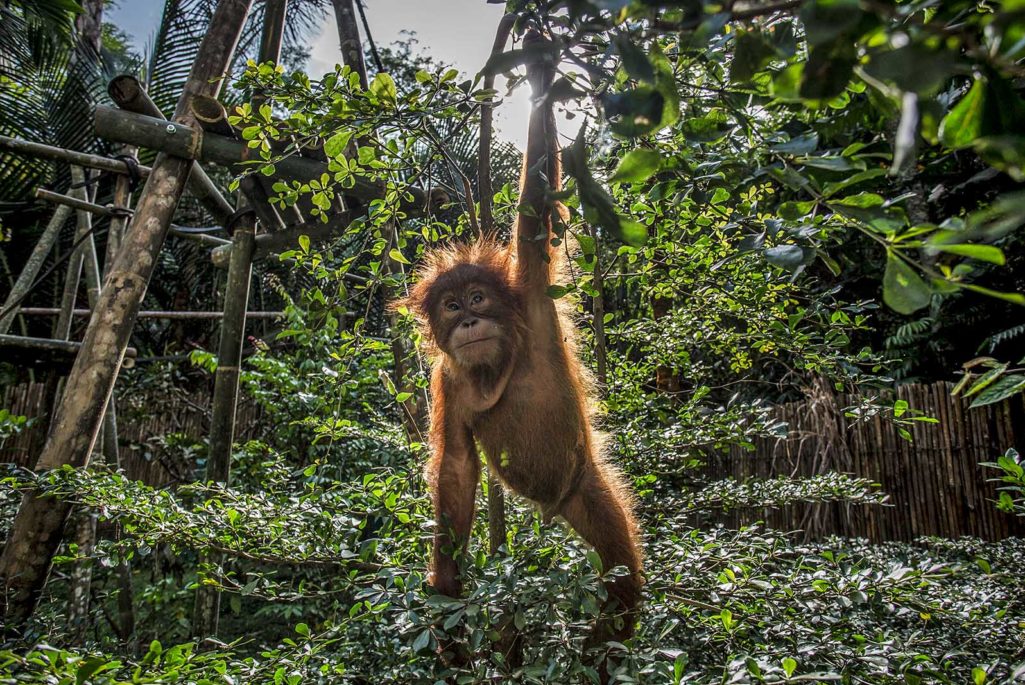 A baby sumatran orangutan plays around in a tree as they train at Sumatran Orangutan Conservation Programme's rehabilitation center in Kuta Mbelin, North Sumatra, Indonesia. The Orangutans in Indonesia have been known to be on the verge of extinction as a result of deforestation and poaching.

Rich in wildlife, Southeast Asia includes at least six of the world’s 25 “biodiversity hotspots”—the areas of the world that contain an exceptional concentration of species in habitats that are also exceptionally endangered. The region contains 20 percent of the planet’s vertebrate and plant species and the world’s third-largest tropical forest.

In addition to this existing biodiversity, the region has an extraordinary rate of species discovery, with more than 2,216 new species described between 1997 and 2014 alone.

Global comparisons are difficult to make, but it seems the Mekong region has a higher rate of species discovery than other parts of the tropics, with hundreds of new species described annually.

Southeast Asia’s biodiversity is under serious threat; some parts of the region are projected to lose up to 98 percent of their remaining forests in the next nine years. It is also thought to be the world’s most threatened region for mammals.

Sadly, the region’s fragile biodiversity is frequently forgotten by the global media. It also suffers lower publishing rates than other tropical regions for ecology and biodiversity research. It’s perhaps no surprise, then, that Southeast Asia has some of the highest rates of deforestation on the planet, having lost 14.5 percent of forests in the last 15 years.

Some areas, such as the Philippines, have lost up to 89 percent of their original forest cover. This loss is rendered especially stark using recent advances in satellite imagery, such as Google Earth timelapse, which shows that many regions have been transformed from pristine forest to agriculture within the last decade or two.

Forest loss is one of the major drivers of species loss in the region, and pulp-paper, rubber and oil palm production are the main drivers of forest clearance. Southeast Asia exports 86 percent of the world’s palm oil and 97 percent of the world’s natural rubber. The areas where these grow would need to expand by over 4.3 to 8.5 million hectares to meet demand by 2024.

Most new plantations come directly from rainforest clearance, and companies investing in Southeast Asia are ranked as the least sustainable globally. The recently created Forests & Finance initiative has reported that investment in “high deforestation risk” sectors in Southeast Asia was more than $38.76 billion between 2010 and 2015.

Avoiding these products is practically impossible. At 61.1 million tons, palm oil was the most consumed oil globally in 2015, and this figure is rising. Certification aiming to prevent further deforestation and guaranteeing the sustainability of certified palm oil has also proven difficult, and failed to halt deforestation.

The two initiatives for certification of sustainable palm-oil production and natural rubber—the Roundtable on Sustainable Palm Oil and “green rubber initiatives”—have failed to fulfill their commitments to protect natural habitats.

New plantations have continued to drive destruction of natural rainforests and the species dependent upon these ecosystems for survival. In some cases, the initiatives have ended up using perverse incentives that actually encourage deforestation. These include subsidies that facilitate forest clearance by funding conversion of forest to crops and free provision of rubber seeds to replace natural forests.

Deforestation is not the only driver of habitat loss in the region; Southeast Asia also has more dams planned than any other part of the planet. Though often looked at as “green power,” dams lead to a loss of biodiversity and undermine rural economies through the loss of livelihoods.

Southeast Asia will see the extinction of many species. How many will remain depends on the success of conservation.

There are currently 78 dams planned for the Mekong Delta. If built, they are projected to reduce the number of migratory fish by 20 to 70 percent in the Mekong, in addition to flooding essential habitats and causing regional droughts. The Mekong has the highest freshwater diversity in the world, and the potential extinction of so many species represents a global catastrophe.

Fisheries on the Mekong are projected to feed more than 65 million people. Declines in fish stocks will have direct implications for incomes and diets across the region.

The drainage of Asia’s wetlands presents a further set of dangers, particularly due to their importance to more than 50 million migratory wading birds that depend on them for migration and breeding.

Around 80 percent of Southeast Asian wetlands are threatened by conversion to agricultural land or development by drainage. Up to 45 percent of intertidal wetlands have already been lost. This has so far caused population reductions of up to 79 percent in some wading species.

Mining is another often overlooked issue that poses a significant threat to biodiversity, especially to karsts (limestone outcrops and caves), which cover around 400,000 km² of Southeast Asia. Each of these ecosystems is known to harbor more than ten species not found anywhere else on the planet.

But most of these sites have never been surveyed, and up to 90 percent of cave species in China are estimated to be scientifically undescribed. Similar rates of non-classified species are likely to exist for the rest of the region.

These karst ecosystems are under serious threat. Cement comes directly from karst ecosystems, and between 2011 and 2013 alone, China used more cement (6.6 gigatons) than the U.S. did in the 20th century. China’s approximate annual use of 1.5 tons per capita amounts to over 60 percent of the global cement demand annually.

As karsts are under-represented in protected areas—and given that the majority of karst-dwelling species are limited to a single site—there is no way of knowing how many species go extinct annually as a consequence.

Another threat to the region’s biodiversity is the illegal wildlife trade. Worth approximately $20 billion annually, it’s the fourth-biggest illegal trade in the world.

Trade in wildlife in Asia can be grouped into three main types: for medicinal purposes, for status (either in wildlife restaurants or as ornaments), or for the pet, zoo and aquarium trades (principally birds, reptiles and amphibians).

Traditional medicine in Vietnam and China represents a threat to a huge array of species, but most notably the pangolin, which is the most trafficked animal on the planet. Sadly, the use of endangered species in medicine shows little sign of abating.

Whereas celebrities have campaigned for species that are targeted for status and ornamentation, such as elephant ivory, many other animals and plants have failed to get the attention needed to prevent over-exploitation. And many are now facing extinction.

The pet and zoo trade in wildlife, especially for reptiles, amphibians and birds, have recently received attention, as many species formerly thought to be captive-bred are now known to be wild-caught. They have suffered serious population declines as a result of exploitation for trade.

The unique biodiversity of Southeast Asia is under threat because of some of the world’s highest rates of habitat loss, as well as direct over-exploitation of species. Even when forests remain intact, they are being steadily emptied of their biodiversity through hunting.

Though dedicated researchers and conservationists are working to prevent these issues, Southeast Asia will see the extinction of many endemic species in the coming decades. The question of how many will remain depends on the success of conservation and sustainability interventions.

Alice Catherine Hughes is an associate professor in Landscape Ecology & Conservation at the Chinese Academy of Sciences. She holds board positions at the Association for Tropical Biology and Conservation, the Society for Conservation Biology, the European Tropical Ecology Society, and the International Network of Next Generation Ecologists. She is also secretary of the Asia-Pacific Chapter of the ATBC, and chair of the Capacity Building and Meetings committees.