Combating Protectionism in the Cloud 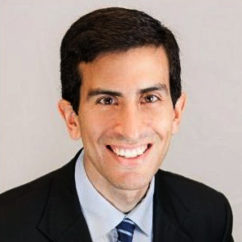 Server racks at the data center of T-Systems, a subsidiary of Deutsche Telekom AG in Biere, Germany.

What do international mining, banking, and oil and gas companies have in common? They all collect, transfer, and analyze data from all over the world to improve production, customer service, and innovation. Unfortunately, these innovative company efforts are being threatened by governments around the world seeking to limit these beneficial data flows.

Seeing the economic opportunities of data innovation, many governments have reacted, attempting to put up barriers, such as data residency requirements, to keep leading U.S. information companies like Google, Facebook, and Microsoft from moving data across national borders. Thinking that they are cracking down on U.S. tech leaders and in the process helping their own domestic information firms, these policymakers overlook that many of their domestic companies, in a wide range of industries, now rely on cross border data flows for competitive advantage.

In today’s interconnected world, it’s not just companies in information industries that need to move data around the globe, increasingly it is common for all businesses to process data from customers, suppliers, and employees outside the company’s home country. A few examples include:

Innovative company efforts are being threatened by governments around the world seeking to limit data flows.

Ironically, restrictions on cross-border data flows, meant to hobble U.S. companies and promote domestic technology firms, end up limiting the ability of all firms, domestic and foreign, in all sectors—high tech and traditional—from using data to boost customer service, cut costs, and innovate. These policies make cross-border data processing much more difficult, if not impossible, by restricting the information firms can collect from overseas operations.

Combat in the Cloud

It’s time to step up efforts to combat this kind of data protectionism. First, the U.S. should continue its efforts to incorporate data free trade rules into new trade agreements, such as the Trans-Pacific Partnership and the Trans-Atlantic Trade and Investment Partnership. The U.S. and like-minded countries should also propose a “Data Services Agreement” to WTO participating countries to protect cross-border data flows and prevent signatory countries from creating barriers to them. This treaty could be made in addition to other agreements currently being negotiated at the WTO, like the Trade in Services Agreement, which should also include specific parameters designed to prevent data protectionism.

Second, the U.S. should also engage its trading partners in a “Geneva Convention on the Status of Data,” to resolve international questions of jurisdiction and transparency regarding the exchange of information. This will allow for the development of global rules on data sharing and insure that legitimate concerns regarding privacy and cybersecurity are taken into account as cross-border data flows increase.

Only by creating a global trade system that respects the free flow of data in all industries can countries fully realize the benefits of a data-driven economy.

Daniel Castro is director of the Center for Data Innovation and and vice president of the Information Technology and Innovation Foundation. He is co-author of the report The Importance of Cross-Border Data Flows for Traditional Industries.