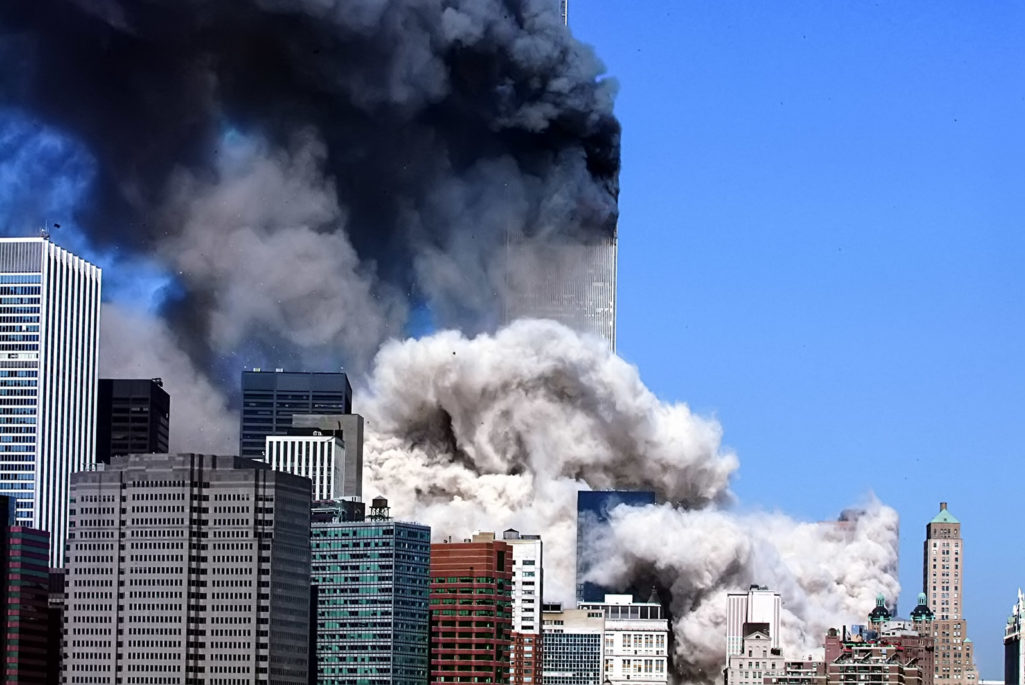 Smoke billows up after the first of the two towers of the World Trade Center collapses in the aftermath of the Sept. 11, 2001 terrorist attacks; the 2nd tower fell shortly thereafter.

Behind the champagne and celebration heralding another New Year, a darker event quietly transpired: The evaporation of the federal terrorism insurance program that since Sept. 11, 2001 has acted as a crucial financial safeguard for the U.S. economy in the event of another large-scale terrorist act.

The 113th Congress failed to reauthorize the Terrorism Risk Insurance Act (TRIA) before writing itself into the history books, leaving the program to expire at midnight, Dec. 31. The immediate upshot: Thousands of businesses across the U.S. will lose their terrorism insurance coverage with tens of thousands set to lose in the days and weeks to follow, according to the Insurance Information Institute.

“Disagreement won the day and politics took precedence over protecting the American people,” said Mike Becker, CEO of the National Association of Professional Insurance Agents in a statement. “If TRIA is allowed to lapse it will not only be devastating to the American economy, it will also put our national security at risk.”

In the aftermath of the Sept. 11 terrorist attacks, Congress created TRIA to provided a “transparent system of shared public and private compensation for insured losses resulting from acts of terrorism,” according to the U.S. Department of Treasury. As enacted, TRIA was a public/private partnership that helped ensure companies could get terrorism coverage at affordable prices because the Act “backstopped” private insurance companies by acting as a reinsurer in the event of a major terrorist event if aggregate industry losses hit $100 million.

TRIA’s expiration has moved the insurance industry onto shaky ground. “The cost of terrorism insurance coverage is expected to become volatile if the federal terrorism insurance backstop is not extended,” says a Marsh report on TRIA. Just the uncertainty around whether Congress would reauthorize the Act caused commotion in the industry, Marsh reports: “In 2014, some employers with large concentrations of workers and companies with property exposures in major U.S. cities have experienced limited terrorism insurance capacity and increased pricing, while others have not been able to purchase it at all.”

The Insurance Information Institute said the consequences of allowing TRIA to expire would be “potentially debilitating for businesses, a negative for job growth and will lead to negative economic consequences for the broader economy.” The Institute also said it’s an issue of national security, because the U.S. “would become more vulnerable as the take-up rate for terrorism insurance undoubtedly would fall, resulting in an economy that is less resilient to future terrorist attacks.”

Furthermore, businesses that borrow money could find themselves in violation of their loan covenants that require them to insure against all risks, including terrorism. And banks may be hesitant to finance new projects in the absence of TRIA.

The potential negative ramifications are already being seen, according to Connecticut’s Deputy Insurance Commissioner Anne Melissa Dowling. On Dec. 22 Dowling sent a letter to her state’s congressional delegation in Washington saying her department “has heard first hand that industry leaders representing a significant market share are already reassessing their risk exposure and pricing.” Other implications noted by Dowling: “[S]ome carriers have already begun to decline offers to quote new business in what has been traditionally identified as vulnerable markets.”

Dowling warned that “without swift action” in the early days of the 114th Congress “carriers have intimated their intent to withdraw from certain segments of the market by opting not to underwrite new coverage or renew existing policies.”

Although TRIA enjoyed nearly unanimous bi-partisan support in both the House and Senate agreement on the bill broke down in the Senate over certain provisions added by the House. When the Senate couldn’t find a way to work through those differences they decided to adjourn without reauthorizing TRIA, leaving it to expire. Congressional leaders in both parties have vowed to make TRIA a top priority when they return to work this week.