How Badly Will the Coronavirus Impact Africa’s Economies? 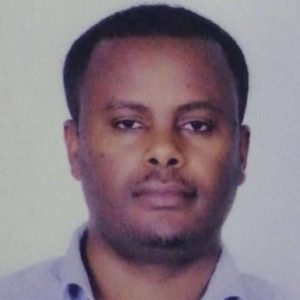 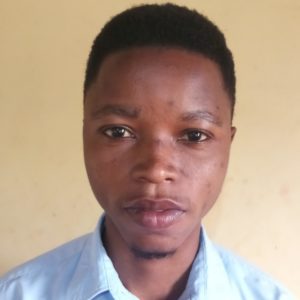 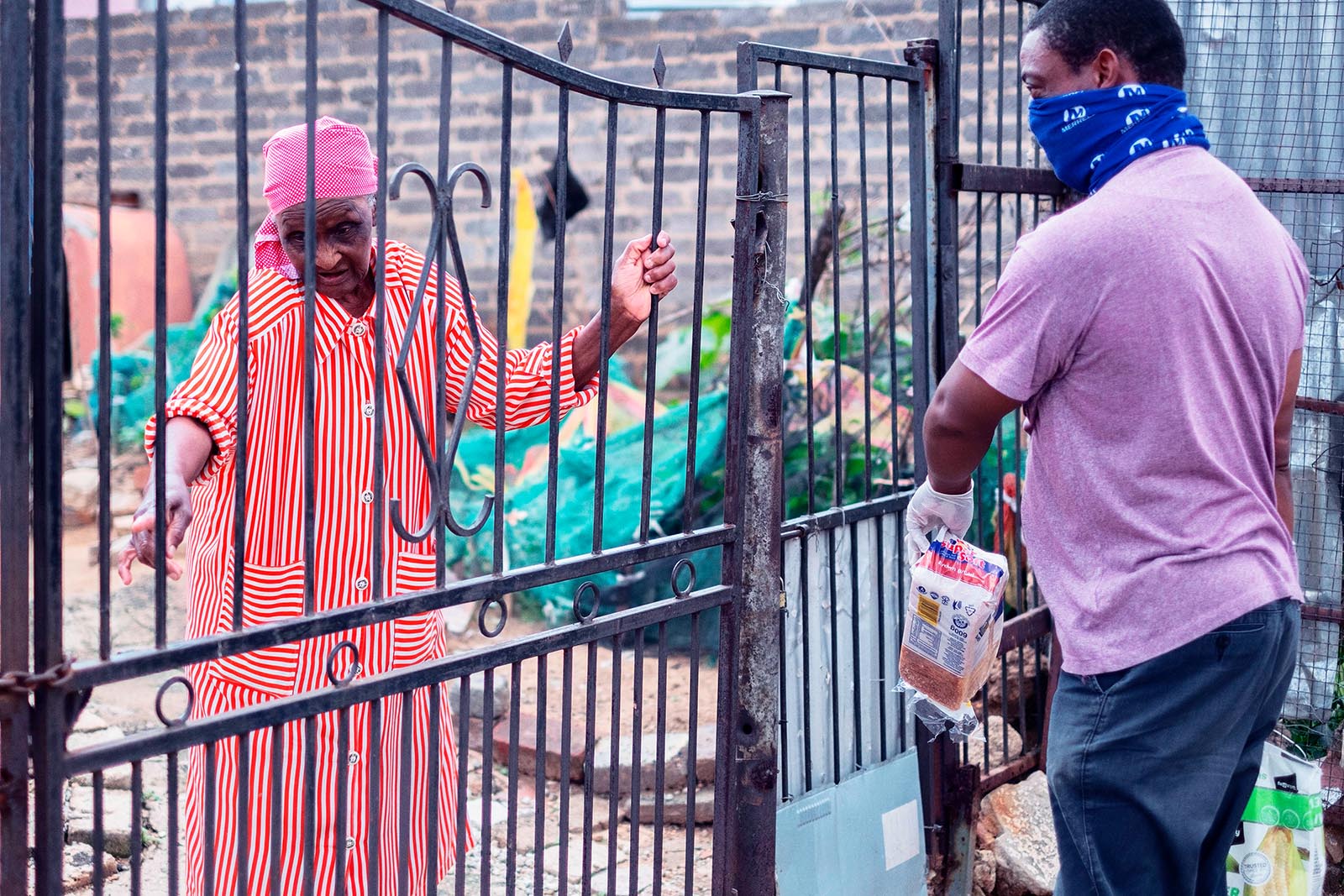 A volunteer delivers food and cleaning products to an elderly woman in Africa during the coronavirus crisis. Instead of declaring a city-wide lockdown, a possible option could be to quarantine the elderly and those with compromised immunity by channeling the limited resources toward them.

COVID-19, if not contained, can have long-lasting effects on all sectors of the African economy in addition to the loss of human life. There are 21,317 positive cases across 52 of 54 African countries, with a death toll of 1,080 as of April 19.

With Europe and the United States — both major sources of development finance and remittances to Africa — now at the epicenter of the virus, its economic impact is expected to be worse than imagined at the beginning. The latest United Nations Economic Commission for Africa (UNECA) predictions show that COVID-19 may reduce the continent’s expected economic growth from 3.2% to 1.8%.

According to the World Travel & Tourism Council, travel and tourism contributed $194.2 billion to Africa’s economy, representing 8.5% of the continent’s GDP in 2018. Some leading predictions indicate that the best scenario we can hope for now is a global economic recession comparable to the level of 2008 financial crisis.

Since 2000, remittance flows to the continent have shown a steadfast growth, except a small decrease in 2009 due to the financial crisis. The World Bank finds that sub-Saharan Africa gained about $46 billion in 2018 from remittances. Given the global dimension of the crisis, Africa might see a stagnation or even a reduction in remittances.

The virus is indiscriminately impacting global supply and demand. The European Union and India have announced their decisions to limit the export of medical equipment and drugs as they struggle to meet domestic demand and face difficulty to source key ingredients to step up production.

Because of this decision, sub-Saharan Africa, where most countries import as much as 70-90% of their drug consumption, is expected to be the primary victim. Africa’s nascent manufacturing industry might also be hurt, given its weak backward linkages. For instance, the continent imported 10% of the value of intermediate goods required for its manufacturing sector between 2010 and 2012.

With many parts of Europe and the U.S. in some sort of lockdown, global production and demand are in a downward spiral. Most international flights are now cancelled, and domestic movements are severely restricted in many countries, resulting in a dramatic drop in oil demand and price. The decline in oil price is expected to cost oil exporters on the continent more than $65 billion.

Other major export commodities such as gold, copper and cocoa are also expected to face some level of price drop. This will impact many businesses throughout the value chain and decimate many jobs along the way. Also, it will significantly reduce governments’ revenue from royalty, income and payroll taxes in a time when public finance is urgently needed to meet increased health expenditure and reduce the impact on businesses and jobs, thus worsening the already widening budget deficits.

So, how do we deal with the unfolding crisis? Unlike Ebola, COVID-19 has neither originated in Africa, nor is its prevalence limited to Africa. Some of the worst-affected Asian countries have given us hope of arresting the virus, reflected in their declining number of cases and high recovery rates, though there is a threat of resurgence. These countries, and lately the West, have discovered best practices including technologies needed to deal with the virus. This means that Africa can now adopt these best practices and technologies with some customization, thus avoiding the need to learn the hard way — as it happened during the Ebola outbreak.

To transform its economies, Africa needs more than economic growth, or else health, economic and political shocks will continue to haunt Africa.

The Promise of Anti-Malarial Drugs

Anecdotal evidence also indicates that anti-malaria drugs might have the potential to cure the virus. According to the WHO, about 93% of the 228 million cases of malaria worldwide were in Africa in 2018, and a significant number of patients receive treatment every year.

This implies that malaria patients who are taking the treatment might not serve as vectors for the virus, thus slowing the spread of the disease. But more importantly, the existing situation may help to generate quasi-experimental data that could further help to verify the efficacy of antimalarial drugs and make a timely decision on the use of the same drugs for the virus.

African governments should take necessary measures to contain the spread of the virus, but should also be mindful of the ramifications of their actions on the economy. The choice between economy and health is a tough call everywhere, but more so in Africa.

Lockdowns Not Possible for the Poorest

Africa’s poorest residents were already on the brink of starvation even before the pandemic. In the face of unprecedented pressure, city-wide lockdowns seen elsewhere might be tempting; however, this is simply impossible in many parts of Africa. Most city inhabitants work in the informal sector and cannot afford to stay at home, even for a day.

Governments have limited fiscal spaces to support the poor, even in the best of times. In addition, in many cities, the infrastructure that supports a prolonged home stay, such as online purchases and home delivery, does not exist. So, what is the option?

Instead of declaring a city-wide lockdown, a possible option could be to quarantine the elderly and those with compromised immunity by channeling the limited resources toward them.

Rural Communities Could Be Spared the Worst

Of course, those who can work at home should be asked to do so, though they are out of the highest-risk category. About 60% of Africans are subsistence farmers and live dispersed in rural areas. Crucially, rural Africa could benefit from some form of lockdowns, particularly restricting movements to and from urban areas, which are entry points to the virus.

Africa should not be completely bogged down by the pandemic. This shall pass, as they say. This should also be a moment of reflection about the achievements and squandered opportunities during the last two decades. Despite sustained growth for the last two decades, African economies remain susceptible to external shocks — such as commodity price drop like the one in 2014 — let alone to an unrivaled crisis in history.

To transform its economies, Africa needs more than economic growth, as the African Center for Economic Transformation (ACET) has been advocating. Health, economic and political shocks will continue to haunt Africa and erode its hard-earned achievements. The panacea for this is diversification in both production and export. The crisis, for example, makes the business case for pharmaceutical companies even stronger.

Take Advantage of This Moment of Solidarity

The value chains to jump-start the industry might not exist in a single country, but the recently signed African Continental Free Trade Area opens the opportunity to develop the value chain at the continental level while providing the requisite scale for the sector to be competitive on the global stage.

Similar cases can be made for agriculture and agribusinesses, including light manufacturing. Coordination at all levels is what it takes to materialize this. The crisis is expected to generate unprecedented solidarity — a rare commodity in the continent — that can be used to achieve such coordination.

Yohannis Mulu Tessema is a resident transformation fellow at the African Center for Economic Transformation (ACET). He holds a PhD in Economics from the University of Queensland, Australia.

John Kojo Osei is a communications officer at African Center for Economic Transformation (ACET). John holds an MSc in Development Finance from the University of Ghana Business School.