Could a ‘Multi-Tier’ Europe Be a Stronger Europe? 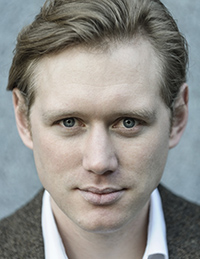 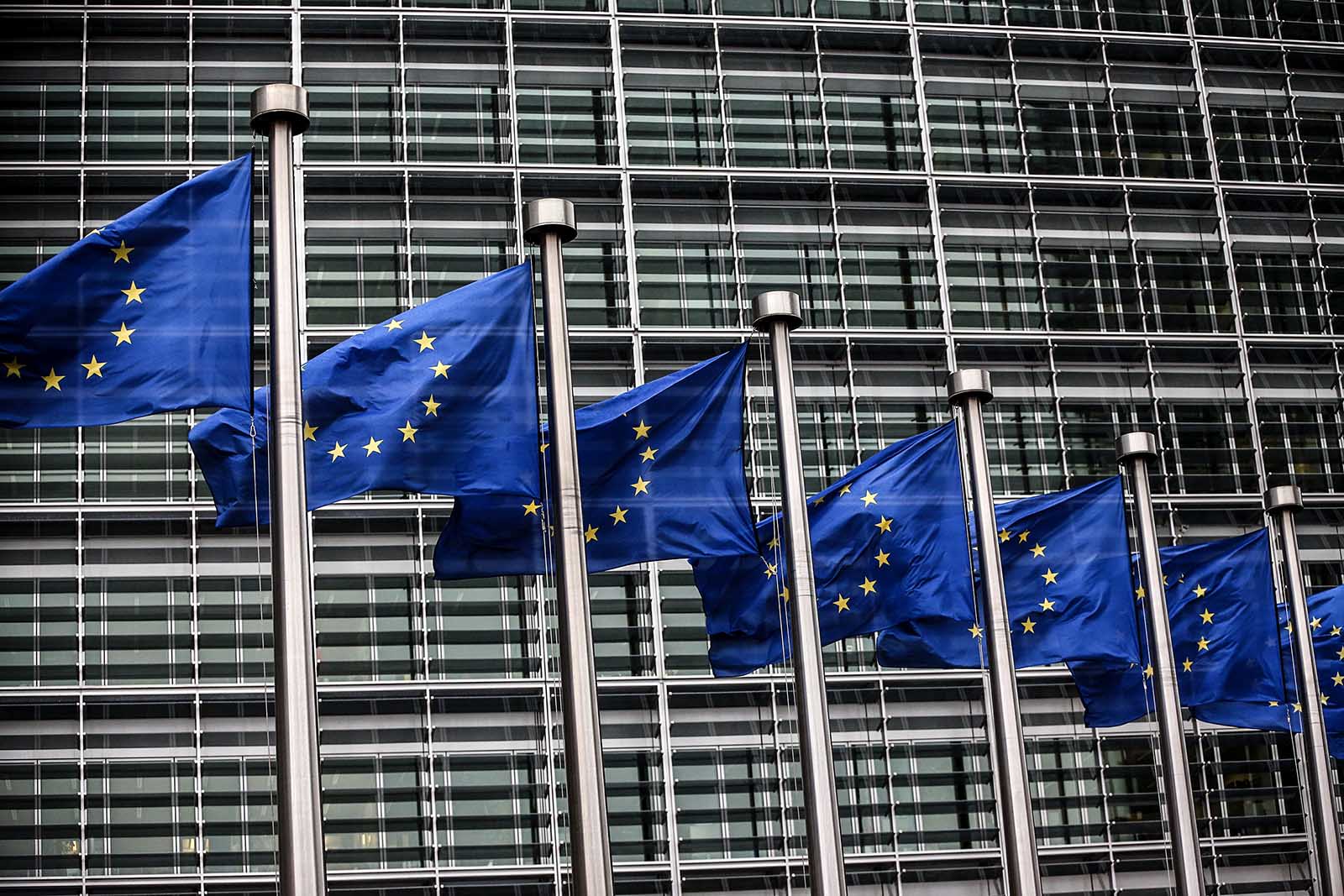 ‘Coalitions of the Willing’ could offer self-selected groups of EU member states the flexibility to work outside the rigid structure of the EU’s current framework.

Despite 60 years of peace and general prosperity, several mounting risks continue to pull at the fabric of the European Union. A recent report from the European Commission outlined five scenarios as possible paths forward to define the future of Europe and address its pressing challenges.

Among those five scenarios, it is the third—development of “coalitions of the willing”—that presents a solution for all those who pride themselves on thinking outside of the box. Rather than continuing in our failed attempts to square a circle, its proponents argue, we should abandon the all-or-nothing dichotomy by which all member states are either forced to accept the entire acquis communautaire, or, alternatively, are forced out of the European project altogether.

Instead, we should accept the limits of convergence and discover new and innovative sets of rules that would create a complex but efficient web of cooperation that eventually could serve to make the EU stronger and more resilient.

Several coalitions of the willing could then be formed around different policy areas, say counterterrorism, harmonization of the digital market, defense, or taxation, while those who feel uncomfortable joining any of these sovereignty-sharing endeavors could simply stay out without having to fear repercussions.

Many good things have been said about this model lately, which, in somewhat differing versions, carries almost as many names as it has proponents. But whether you want to call it multi-speed, multi-tier, variable geometry, Kerneuropa, differentiated integration, concentric circles, coalitions of the willing or, derogatorily, “Europe à la carte,” the reason people find the idea attractive remains the same: flexibility.

Bend but not Break

A European Union, where one size fits none, where the interests and sensibilities of individual members are violated regularly almost as a matter of course, certainly isn’t an attractive proposition. Why should Greeks be forced into a currency union they aren’t ready for, and why should central European heads of state accept a refugee policy that is so obviously ill-fitted to their daily political needs at home? Wouldn’t it be better to design a less rigid union with structures that are able to bend rather than break when tested by diverging interests and political trajectories?

Since the idea of a “core Europe” first manifested itself seriously in a paper written by Wolfgang Schäuble and Karl Lamers in 1994, back when the EU had only 12 member states, the idea has evolved from a vision that would differentiate Europe geographically, with concentric circles of associated members laid around a federal core Europe, toward a more functionally differentiated structure, where lines would be drawn between, and convergence would occur within, separate policy areas.

As is the case with all the other four scenarios in the report, “those who want more” not only describes a path for the future development of the EU, but also quite accurately mirrors a decent part of the status quo. Guy Verhofstadt might have exaggerated the point a bit when he recently claimed on the floor of the European Parliament that “we already have 50 different circles in the EU,” citing that there are 50 exceptions to the EU budget. But in many ways, multi-tier Europe is indeed already a reality. The distinction between eurozone members and non-members is the most obvious example of this, but there are many others, such as Ireland not being part of Schengen, the choice of the Netherlands and Poland not to participate in enhanced cooperation, or Denmark’s CSDP opt-out.

So what would happen if we turned the principle of flexibility into the EU’s main operating procedure?

If one believes that the EU will continue to be able to function as a loose confederation of nation-states and that the main problems are matters of national sovereignty and by extension national identity, the most straightforward case in favor of multi-tier Europe can be made.

In many ways, multi-tier Europe is indeed already a reality. The distinction between eurozone members and non-members is the most obvious example of this, but there are many others.

The case is less clear-cut if one is worried primarily about Europe’s effectiveness and international standing. While the EU has been uniquely inapt at leveraging its economic size into geopolitical force on the global stage, one could argue that it was precisely its inflexibility that gave it more of an edge in recent years when it came to imposing its will in situations of conflict. Both during the heights of the eurozone crisis and during the Brexit negotiations have we seen this mechanism at work.

The EU cannot compromise, EU negotiators are able to say, because its position is already the result of a carefully calibrated and fragile consensus between its 27 members. If only one inch of ground is given, this might pull the rug out from under this consensus, thereby delegitimizing the negotiator and rendering any compromise that violates the internal arrangement invalid.

This workaround ironically makes inflexibility a strength, that is, as long as the other side isn’t able to sow discord among EU members. A more diversified EU might find it harder to entice all members to hold the line on a common position, especially if whatever is being negotiated with third parties is relevant mainly in one issue area or geographic context but less so in others.

Moreover, overlapping policies would not necessarily make it easier to find common positions in the first place. Many of the EU’s policy initiatives today only get done precisely because nations’ interests from different policy fields are mingled together and weighed against each other. The way policies are made in Brussels requires the kinds of tradeoffs where a banking directive is combined with foreign policy for an end result that everybody can live with.

But the biggest problem lies elsewhere. How can we make sure that any of this is democratically legitimate?

Is Flexibility a Wrench in the Machine?

For those states that “want more and do more,” creating new layers of common rules would make EU governance even less transparent and accountable. Let’s assume a number of nations chose to cooperate on foreign policy. Whom exactly is this newly created executive power then accountable to? In matters that touch on the core competencies of national sovereignty, and this is certainly true for defense just as it is for parliamentary budgetary rights, it would be foolish to assume that one could just leave this power to be wielded by a simple majority of the state leaders who joined the respective initiative. The European Parliament couldn’t lend legitimacy either, as most of its representatives would have no business voting on policies their home countries aren’t even party to.

All of this is not to say that the EU is not in desperate need of more efficient, effective, and yes, more flexible governance. As tempting as its surprising successes may seem now, there is little chance that we will be able to uphold unanimity for much longer, much less indefinitely. One need only look to 18th century Poland to see what happens to a country that attempts to conduct all its business within a binary logic that knows only perfect unity or absolute discord. Sooner or later discord wins out.

In Poland, where the liberum veto gave every individual parliamentarian the power to kill any legislation, this rendered the state incapable of defending against Russian, Austrain and Prussian meddling. In the EU, were the same rights granted to states, in time we, too, would become easy targets for exploitation by foreign interests, whether they come in the guise of corporations or nation-states.

So herein lies the problem: with greater flexibility, some kind of variable geometry is sorely needed, but introducing a kind of flexibility that would grant sovereign member states the right to cooperate more freely amongst each other into the EU system as is would only serve as a wrench thrown into a finely calibrated machinery.

A European Union that continues to rely on structures that are built from the top down, whether this affects all members at once or only a handful at a time, especially if it doesn’t grant citizens the power to collectively decide on varying policy ideas, will never be stable. If one wants to Europeanize executive power, this means that democratic process needs to be Europeanized as well. In the end, whether or not a state’s citizenry is willing to make this change should be where the line is drawn.

CEO of Project for Democratic Union

Benjamin Zeeb is a historian who worked as a journalist in Munich before co-founding the Project for Democratic Union in 2013. Since then has been working as part of an international team to find solutions to Europe’s multiple crises and has become a vocal advocate for a full political union of the eurozone.