Could New Technologies Unleash a New Wave of International Violence? 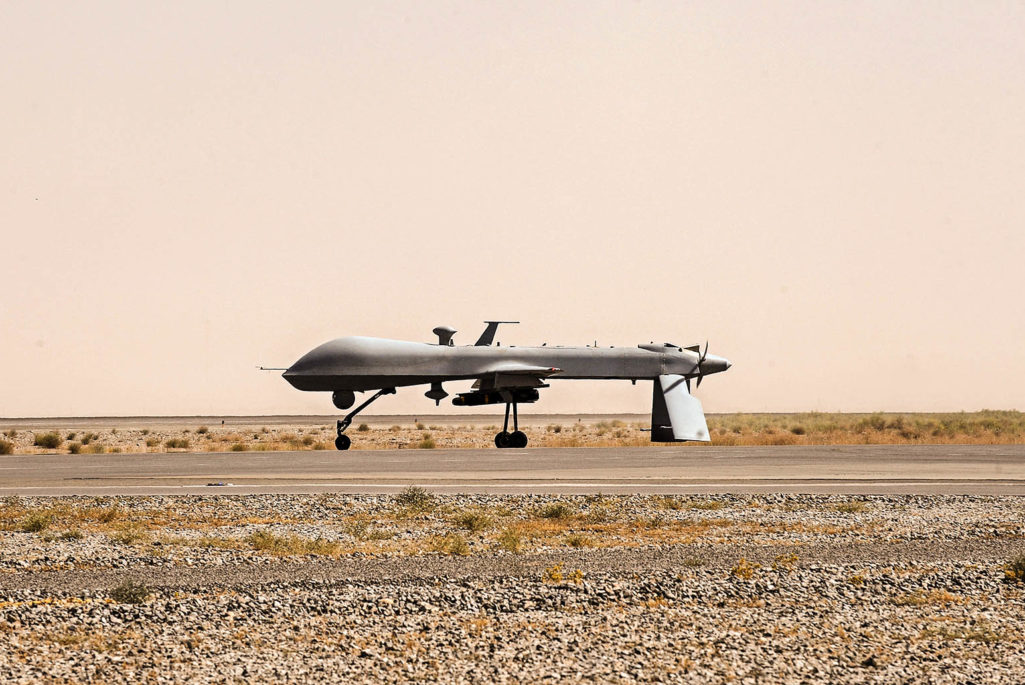 In this file picture taken on on June 13, 2010, a US Predator drone armed with a missile stands on the tarmac of Kandahar military airport.

How does the world govern itself in the face of technologies in which the power to attack is universal—across unlimited geography—where the power of any one state to protect itself is impaired?

That singular question fueled a recent discussion at the Brookings Institute, highlighting a new book, The Future of Violence, by co-authors and panel participants Gabriella Blum, a Humanitarian Law professor at Harvard, and Benjamin Wittes, senior fellow in Governance Studies at Brookings.

Blum stressed that while she supports how technology and the Internet empower everyone, from individuals to governments, she fears its power for the same reason.

“Technology blurs the line between personal safety and national security,” Blum said. “Before the technological revolution, [the government] protected you from every other country. Now, the threat environment is no longer 192 other countries. It’s 192 other countries, hundreds of thousands of companies and organizations, and seven billion people.”

With this greatly increased risk, she said that countries must learn how to collaborate with each other on security issues, rather than having a private, unilateral plan.

Technology blurs the line between personal safety and national security.

“To make sure we don’t live in the Wild West… we must care much more about the capacity of other countries around the world to be effective and functioning countries,” Blum said.

“So as we talk about the threats that are sort of distributing and diffusing across borders and to smaller and smaller entities, we should also keep in mind that maybe the biggest winner of the technology revolution is still states and it’s still going to be states,” Blum said. “The question is in this arms race, who is going to benefit more on the whole? Or who is going to be threatened more on the whole? And that is still, I think, an open question… ultimately if you take it to the extreme it means that every individual, group, or company or state is a potential threat at least to every other individual, group, company, or state around the world.”

Political theorist and Brooking’s Governance Studies Chair William Galston shared his skepticism of the book’s predictions, saying he thinks it is “easy to exaggerate the long term consequences of technological change for state-governing capacity, and the reason it’s easy to exaggerate is that technological change is typically a two-edged sword,” he said. “It may strengthen the purveyors of instability, and at the same time strengthen the defenders of order, or maybe not at the same time but sequentially.”

Screenshot of the “Out of sight, out of mind,” visualization of U.S. drone strikes in Pakistan since 2004 from Pitch Interactive.

But panelist Ben Wizner, director of the ACLU’s Speech, Privacy and Technology Project, said that there’s no reason to shirk the country’s digital security responsibilities, since the U.S. has a great deal to protect. The nation’s interest in surveillance, he said, may accidently leave it at risk for a greater security threat.

“There may be a conflict between security and surveillance,” he said. “We’ve learned that many of the things governments do in order to facilitate surveillance involve weakening communications infrastructures. And so sometimes that actually undermines the platform for the purpose of getting and extracting information.”

Wizner likened this potential weakness to the consistent post-September 11 fear demonstrated by national leaders, saying that he worries that the political conversation on security threats is almost too empathetic.

The event ended with a look at how the central threat of international violence has remained unchanged over the years.

“What’s interesting is that the technology, it doesn’t replace the old violence; it introduces new actors. It takes a particular kind of person to get up close to someone and physically assault them. You don’t replace that,” Blum said. “I think the technology adds a host of actors who wouldn’t be comfortable with the physical proximity, but the moment that you can inflict harm by clicking on your computer—it just becomes more attractive. And that’s the real threat.”