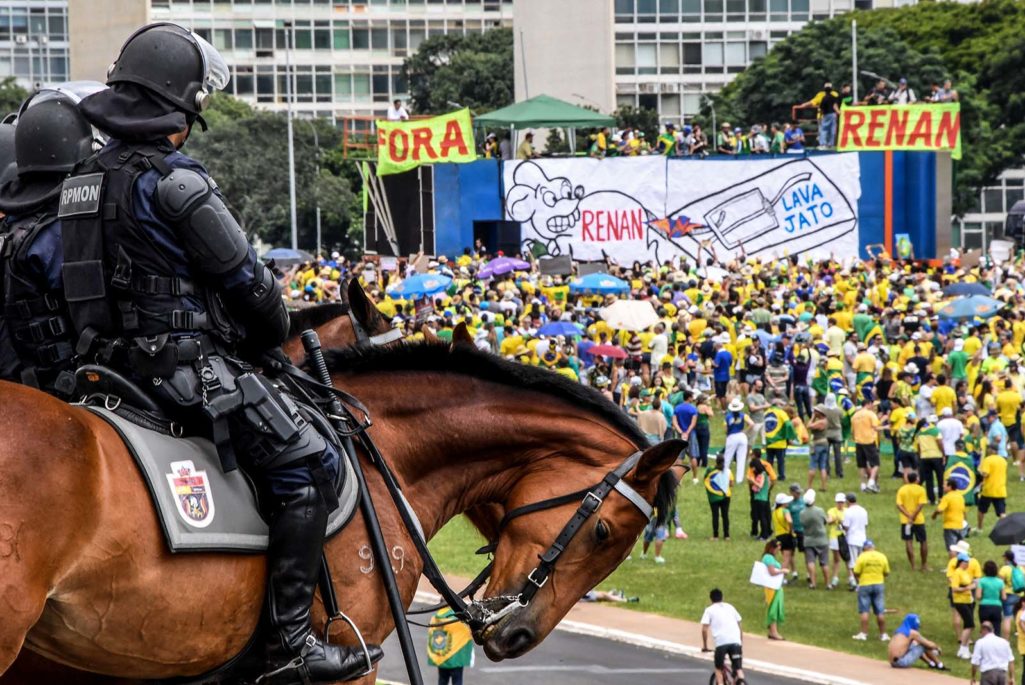 Demonstrators, in December of 2016, protest in front of the National Congress in Brasilia against corruption and in support of the Lava Jato anti-corruption task force that investigates bribery scandals.

The U.S. was the most aggressive in its enforcement actions, closing 30 cases in 2016, doubling its total in 2015 and tripling its 2013 total. In all, from 1977 to 2016, the U.S. closed 225 bribery cases, 69 percent of the global total of 325 enforcement actions concerning the alleged bribery of foreign officials taken to date.

“2016 was a record year for global anti-bribery enforcement,” Alexandra Wrage, president of TRACE International, said in a statement. “The United States has been concluding enforcement actions at an unprecedented rate, other jurisdictions have been stepping up their prosecution rates as well, and new anti-corruption laws continue to be passed worldwide,” Wrage said. “Although there may be short-term fluctuations in these trends, we believe this represents the continued development of a global consensus that transnational bribery will not be tolerated.”

Enforcement actions from 1977 through 2016 saw 22 countries closing bribery cases involving foreign officials for a total of 325. The U.S. enforcement total (69 percent) was seven times as high as the UK, the world’s next most active country for enforcement actions. Countries across Europe closed 84 cases (26 percent), while countries in Asia-Pacific and the Americas (excluding the U.S.) each closed 2 percent. The Middle East closed less than 1 percent of the global total for enforcement actions.

Seventy-two countries are currently conducting investigations of alleged bribery of domestic officials, as of the end of 2016. Brazil leads all countries in conducting these ongoing investigations with 22. That’s followed by India (13), China (12) and Nigeria (10). Countries in the Asia-Pacific region accounted for 29 percent of all ongoing domestic investigations, followed by the Americas (excluding the U.S.) with 26 percent, Europe (24 percent), Africa (about 18 percent) and the Middle East (about 3 percent).

Investigations of domestic bribery activity were double the amount of enforcement actions at year’s end. Algeria led all other nations with the most enforcement actions (nine) against domestic officials. It is followed by China (eight), Nigeria (seven) and Cuba and the U.S. each with five.

African countries account for 29 percent of the 78 total domestic enforcement actions, followed by the Asia-Pacific region with about 27 percent, the Americas (excluding the U.S.) with 23 percent, Europe with about 12 percent and the Middle East with about 9 percent.

Officials in the mining industry have been the targets of most non-U.S. bribery investigations, the report said, at 19 percent of the total. This was followed by the engineering/construction industry at 18 percent and the manufacturer/service provider industry at 14 percent.