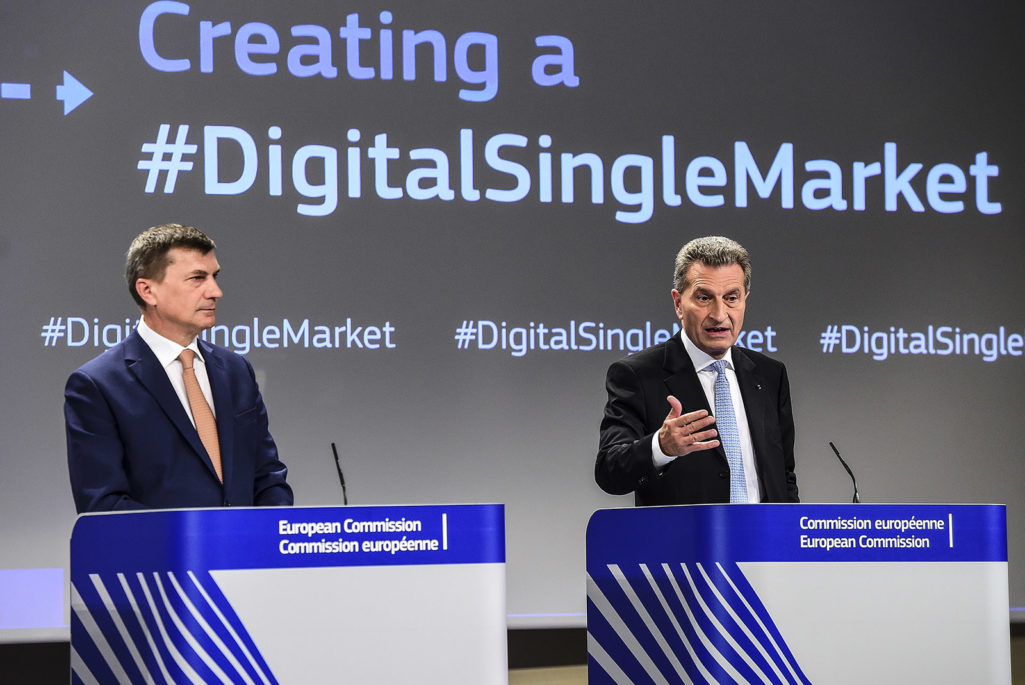 The European Commission’s just-released Digital Single Market strategy paper is good news. The paper discusses key areas for action: e-commerce, geo-blocking and copyright, the VAT framework, telecoms infrastructure, online platforms, privacy, cyber security, data ownership and flow, ICT standards, e-government. It also provides a timeline for concrete follow-up proposals through to the end of 2016, by when the Commission intends to make proposals for all these areas.

The paper lists principles that are hard to disagree with: moving towards less fragmentation in the EU regulatory framework; favoring investment and innovation; ensuring a “level playing field” for competition. However, the paper does not spell out how the proposals will be implemented, and thus is of little help in forecasting what will happen next.

More than in other sectors, the performance of digital markets is enhanced when market players can more easily anticipate how the underlying regulatory framework will be shaped in the future. Digital markets require significant investment in infrastructure and in innovation but they change fast, as do companies’ business models and customers’ preferences. A long-term regulatory strategy helps to address uncertainty by giving confidence to investors, who might be more concerned about their inability to assess the risk of their investment than about the size of the risk in itself. The Commission’s strategy does not yet provide a basis to perform that assessment.

A successful strategy would dispel any ambiguity about goals. At this stage it is not clear which goals will be prioritized when trade-offs have to be considered: for example when different policy options will entail different distributions of rents between buyers and suppliers. There is ample economic evidence that pursuing the interests of users is normally the best way to improve economic performance. This is often translated into the maxim that Europe should protect competition not competitors. But on this the Commission has proved ambiguous in the past. In 2014, a merger between two mobile network operators in Germany – Telefonica and E-Plus – was cleared despite the Commission identifying a risk of potentially significant price increases post-merger. Clearance was granted on the basis of remedies that were arguably too weak to counteract the negative effects of the merger: the parties were required to divest up-front less than half of the market network capacity that was previously used by E-Plus to compete against Telefonica. The Financial Times spoke about a rare revolt by national regulators against a Commission decision.

It is important that the Commission sticks to its strategy at least for the next five years.

The Commission should unequivocally affirm that providing benefits for users is the principal goal of the digital single market strategy, and that competition is the main tool to achieve this. Competition allocates rewards efficiently, promotes investment and ensures that users receive a significant share of the created value. The Commission says it will propose new rules for telecoms markets, including potential measures affecting new businesses such as over-the-top operators (WhatsApp and the like), which are eroding operators profits’ downstream to ensure “a level playing field for all market players.” The Commission will also launch a “comprehensive assessment of the role of platforms” (such as Google, Apple, Booking.com, etc) and the “sharing economy” (Uber, Airbnb, etc) to identify potential regulatory issues in terms of transparency or data usage, for example. The Commission should reassure investors that any new regulation will be just about fixing market failures and not about introducing disguised protectionist measures. The reduction of profits in the EU industry is not an issue in itself, if it means cheaper products and a wider choice for European consumers.

Once established, it is important that the Commission sticks to its strategy at least for the next five years. A major criticism of the Commission’s digital markets policy is that it has been inconsistent. For example, the Telecom Single Market “package” adopted in September 2013 significantly undermined structural measures that were introduced by the Commission in 2012 to address high international mobile roaming fees.

The 2012 measures required the unbundling of wholesale network access and retail services by mobile operators in order to foster competition in the roaming market. But with the 2013 package, the Commission made the unbundling provision softer, and ultimately no competition in the roaming market was created at all. Time consistency is crucial for investors and the Commission’s past record has undermined confidence.

Finally, the Commission will have to come up with a workable mechanism to ensure take-up by relevant stakeholders. This might require some thinking outside the box. On issues such spectrum, copyright and geo-blocking, the difficulty is not so much in identifying a need to move towards more EU and less fragmentation, but how to get there with the backing of the Council. Taking mobile spectrum as example: the Commission should be ambitious about moving from national towards centralized auctions that would facilitate the emergence of pan-European operators. That is feasible, to the extent that appropriate mechanisms for the re-allocation of the lost revenues amongst member states are envisaged.

The Commission’s Single Digital Market paper can make an impact if the Commission sends the right signals about the goals it is actually pursuing, and its determination to stick to a workable strategy to go after them.

This piece first appeared on the Bruegel.org blog.

Mario Mariniello is a research fellow at Bruegel. Previously he was a member of the Chief Economist Team at DG-Competition, European Commission. His work focuses on European competition policy and regulation issues.