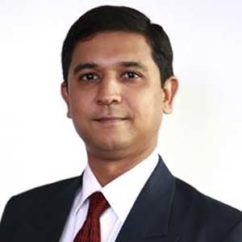 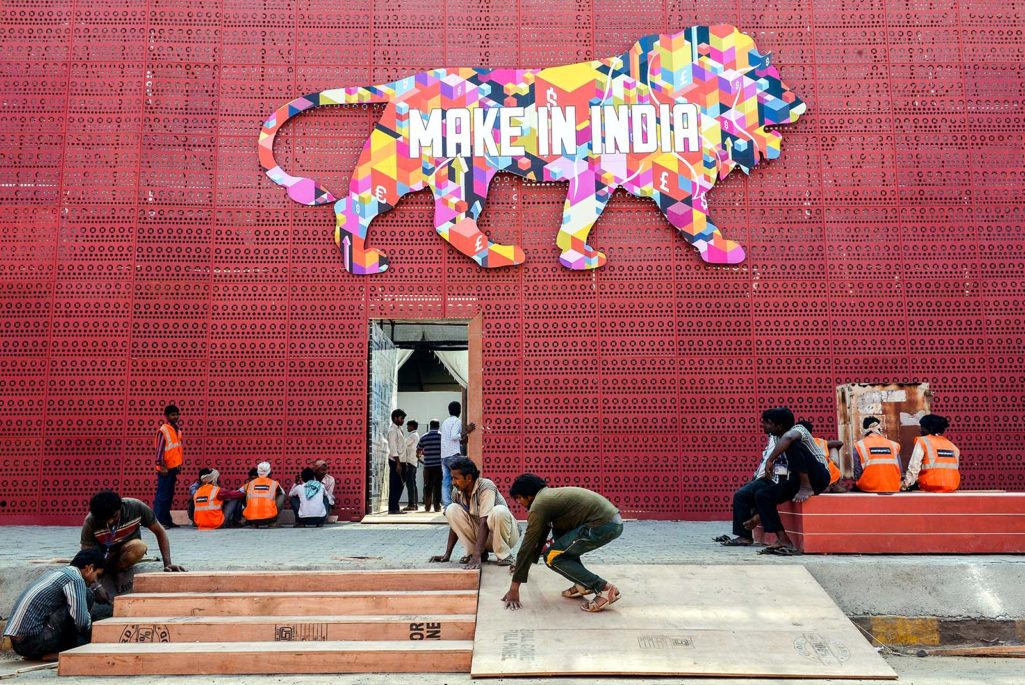 Indian workers set up the venue for the 'Make in India' showcase week in Mumbai in 2016. Over 190 companies, including multinational corporations from 60 countries participated. India continues to attract international investors due to several initiatives taken by the government.

In recent years—and particularly since the global financial crisis—robust economic growth in emerging Asia has led to increased investment in the region (barring in 2016), resulting in a flurry of merger and acquisition (M&A) activity.

However, foreign investors are still faced with a considerable degree of risk, which they need to be cognizant of when investing in Asia, despite a general improvement in the regulatory and transparency landscape.

It is critical to identify the risk in an emerging market compared to a developed market. The risk-adjusted return is better in developing markets and is a critical aspect for any investor; it’s vital to identify such markets. These markets show signs of rapid growth and development coupled with low per capita income. The most important challenge for a foreign investor is finding the right balance not only between risk, growth and liquidity, but also taking into consideration factors such as cultures, languages, regulatory regimes, tax jurisdictions, labor pool, skill levels, governments, political issues, accounting rules, etc. Since developed markets are generally considered safer than emerging markets, these issues define the basis of any investment in emerging markets.

Markets such as Singapore, much like Western markets, are mature and the due diligence process is fairly streamlined. Most target companies know what to expect, and if the investor wishes to outsource the due diligence process, the right experts are available. Also, the accounting rules are in line with International Financial Reporting Standards (IFRS) for both public and private companies; and legal requirements are well documented and easily accessible to investors.

In emerging markets such as Malaysia and Indonesia, the due diligence process could face challenges on a few aspects. They include accounting, legal and regulatory, commercial, and language and culture, among others. Malaysian public companies follow accounting standards in line with IFRS and private companies follow standards in line with IFRS for SMEs. Similarly, Indonesian GAAP (Generally Accepted Accounting Principles) has adopted IFRS but with some time lags for updates. Indonesia as its own valuation standards and requirements. These are some things to be prepared for from an investor’s perspective.

Frontier markets like Vietnam still use their legacy standards for accounting. It is also a country with one of the highest costs of debt and one of the highest country risk premiums. Sometimes, Vietnam is also plagued with labor strikes, which can cause significant disruption to business. Elsewhere, Myanmar has recently introduced an older version IFRS for public companies. However, the economy is still evolving their business processes, financial systems, accounting standards and regulatory requirements, and, these aspects are rapidly changing for the better. An investor doing due diligence will need to spend more time and effort in the process to understand these issues and the impact they will have on investment.

The lack of protection and transparency leads to corruption. The ASEAN Business Outlook Survey 2016 report on corruption in Southeast Asia shows that less than 15 percent of respondents are satisfied with the lack of corruption in eight of the 10 Southeast Asian countries. The two exceptions are Singapore, which has a very high score of satisfaction, and Brunei.

A few of the nations have set up strong anti-graft commissions, which are making good progress. However, this is undermined when we look at some high-profile scandals worth billions of dollars that have happened in the recent past. This is not just a Southeast Asian phenomenon. Most emerging and growth markets have similar issues, albeit possibly at a different scale. An investor needs to weigh the risk of such issues against the various benefits and opportunities that the deal would offer and make a balanced decision.

To attract investors, emerging Asia should focus on regulatory, transparency and infrastructure-related reforms.

Some of the issues around transparency can be addressed or mitigated somewhat. This can be done through checks and controls in the purchase agreements, which can make vendors liable for any lack of disclosures at the time of doing the deal or prior to signing.

There are, however, a few emerging economies that have made progress in terms of corporate governance requirements and transparency. India continues to attract international investors for reasons beyond the attractive growth rate and the affluence of the burgeoning middle class. The initiatives the current government has taken are bringing benefits and resulting in increasing capital inflow to the country. The fundamentals of the economy remain compelling; making room for interest rate cuts would help extend India’s position as the go-to place for investing among the emerging markets in Asia.

In India most of the capital inflows over the past couple of decades have been toward services, retail and real estate. However, Indonesia appears to be emerging as an alternative to China in the manufacturing and industrial space. The slowdown of global demand and potential change in export-import philosophies of leading economies may have an impact on the Chinese economy. Indonesia, then, becomes an attractive alternate investment area given its reduced reliance on external demand.

However, these geographies still have some way to go toward increasing investor confidence in terms of corporate governance requirements, transparency and protection.

Emerging markets are subject to various kinds of risk such as political risk, credit risk and market risk, among others. A company with issues related to shareholder rights, accounting principle and transparency can be volatile to fluctuations in the above parameters.

Investors need to weigh the pros and cons of an investment proposition and arrive at a balanced decision, especially where risks can be mitigated through checks and controls built into sale and purchase agreements, such as clauses that set out certain rights and indemnities that hold vendors liable for the lack of disclosures prior to signing.

Conducting due diligence in a thorough manner also helps to identify gaps and risks from both the legal and commercial fronts. This gives investors the chance to seek legal advice and take precautions that can protect them from misrepresentation or the lack of knowledge. In addition, it is important to carefully examine the corporate governance of the company.

Southeast Asia as a region is the 7th largest economy in the world, with a market potential of over $2.5 trillion and a relatively young population of over 640 million. While the market is huge, it is largely untapped, and emerging countries such as Myanmar, Indonesia and Vietnam are leading the pack in attracting investor interest.

Given that much of the fund flow would come from mature/stable economies, emerging Asia would benefit from focusing on regulatory, transparency and infrastructure-related matters, as these have traditionally been the areas that have lacked focus and kept investors away.

The views expressed in this article are the author’s and not of Duff & Phelps.

Ashish McLaren is a director at Duff & Phelps, providing M&A valuation advisory services to his clients. Prior to joining Duff & Phelps in 2015, Ashish was with PricewaterhouseCoopers Singapore for over 8 years in their valuation practice. Before that, he had 9 years of work experience in India having worked both in the telecom industry—Escotel Mobile (now Idea Cellular) and Bharti Airtel—as well as with financial advisors—Lazard and Deloitte.