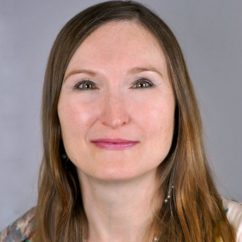 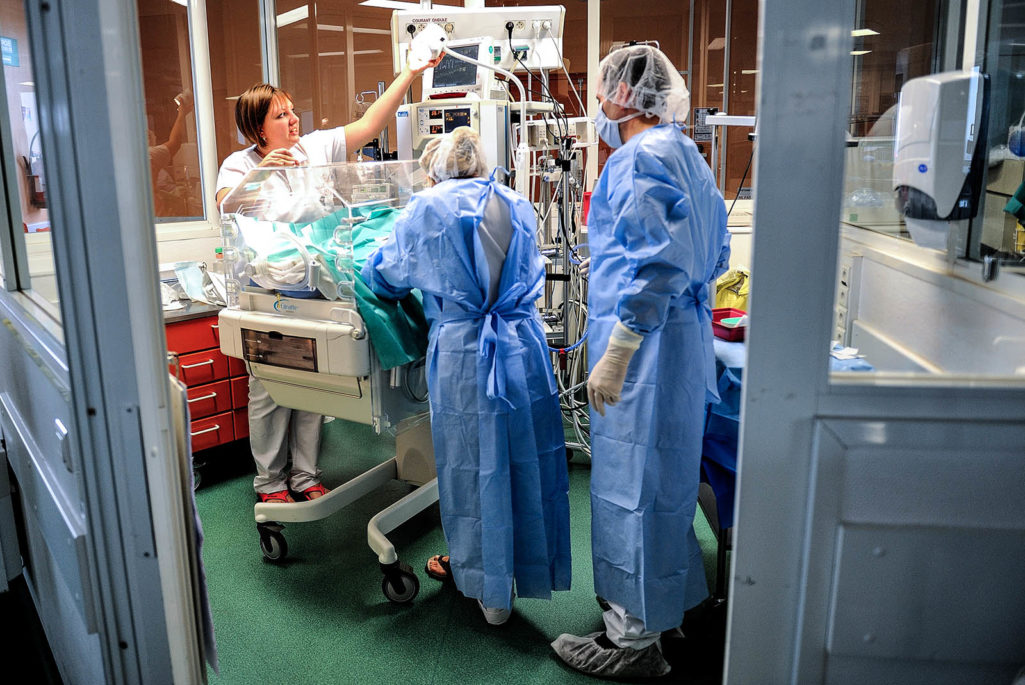 Nurses and a doctor attend to a premature baby in an incubator at the neonatal ward of the Centre Hospitalier de Lens in Lens, northern France.

All over the world, the health sector is predicted to be the largest source of job creation for the next decade.

Increasing numbers of older people and the expansion of the global middle class are driving the growth. As these two groups grow, the higher levels of healthcare they demand will cause seismic shifts in the amount of money being spent in the health sector, driving employment.

Unlike traditional employment sectors such as agriculture and manufacturing, which shed jobs as technology advances, healthcare tends to add jobs with increasing technology. The health sector will be an economic engine that not only creates new jobs and business, but by making workers in other sectors healthier and more productive, will enable those sectors to grow faster. Tens of millions of new jobs will be created.

But What To Do About It?

How do we ensure that the rising number of health-sector jobs avoids wasting money and instead results in improved healthcare at low cost that connects with other sectors and produces the sort of jobs that people can thrive and advance in? Partly in an effort to answer these questions, United Nations Secretary-General Ban Ki-moon has launched the Commission for Health Employment and Economic Growth.

So how can we make sure the greatest good comes out of investing in these additional health jobs? There are several actions that could help:

Currently, the health-sector educational system is one of the most expensive and fragmented anywhere. Theory often receives more time than competency-based education. Significant new educational requirements are frequently added by disconnected regulators with little or no evidence that the changes will improve the health of the majority of patients. Many countries have driven up the cost of health-worker education to the point of pricing themselves out of health-worker self-sufficiency. Most schools are run as boutiques and don’t make use of digital learning or the latest wisdom in adult learning. We need global public goods such as open-copyright curricula for the world’s most recognized professions: nursing, midwifery, medicine and pharmacy. Governments must coordinate regulators, reduce barriers to the establishment of private schools and create pipeline programs for students from minority and underserved communities.

Currently, the health-sector educational system is one of the most expensive and fragmented anywhere.

Demotivated and absent health workers plague most health systems in emerging economies. Offering decent career paths could motivate the rapidly increasing number of health workers and ensure better performance. In such systems, a high-performing health worker knows that he or she will be able to advance either technically or managerially. The creation of career paths will be especially helpful in engaging young people in the health-sector job markets. Career paths create entry-level jobs that help young people and those from poor backgrounds on to the first rung of the career ladder. The current lack of career progression can exclude younger generations and the poor from these promising jobs. For example, an analysis by IntraHealth revealed that less than 4 percent of health workers in Senegal are aged 19-30, despite that age group constituting around one-quarter of the population.

If the growth of health-sector jobs is to improve equity, we must address the gender challenges in health-sector employment. Women tend to be segregated in the lowest-paying jobs in healthcare; whichever profession they are in, they tend to advance more slowly than their male counterparts. Countries must rebalance wages and benefits to truly reflect the skills and risks involved in each job. They must also support women to enter the health profession of their choice, and ensure that women have what they need to succeed and advance in their chosen healthcare profession.

Better management can be achieved through the training and hiring of professional managers and adding management competencies to the training of clinical health workers. Other efficiencies will come through the introduction of digital health tools such as smartphone electronic medical records, which will increase judicious use of data, help individual health workers become more efficient and more accountable to health systems and communities.

Greater investment is needed in health workers throughout the span of their careers, from education to retirement. This rationalized financing includes: access to student loans and scholarships, targeted financing for students at risk of dropping out of school (as high as 60 percent in many countries), access to loans to start private practices (which add to the resilience and diversity of the health sector), payment systems that incentivize health workers to act in a way that improves the health of their patients and communities and retention packages to increase the numbers of health workers serving the neediest communities.

Additional thorny issues will arise. There are still disagreements over the role of immigration in the global health labor market, for instance. Also, some argue that those countries with the most cost-effective training should train the rest of the world’s health workers, while others object to the importing of health workers, arguing that it results in under-investment in educating young people in the receiving countries.

Telemedicine, too, will raise serious questions about trade in services, accountability and the cultural components of health, as will the rapid growth and consolidation of the private health sector in developing countries, which will pose interesting advantages and challenges.

This piece first appeared on The Agenda blog of the World Economic Forum.

Kate Tulenko, MD, MPH, MPhil is IntraHealth International’s vice president of health systems innovation. In addition to her previous work at the World Bank, she has been an advisor to national governments on health policy and reform and served on expert panels for the World Health Organization, the American Public Health Association, the Global Health Workforce Alliance, and the American Hospital Association. Tulenko offers consulting services in a variety of fields, including workforce planning and management, health systems innovation, and universal access to care.

Anne Toomey McKenna Visiting Professor of Law at University of Richmond School of Law
URL: https://www.brinknews.com/expanding-world-health-care-sector-can-it-heal-economies/
Get ahead in a rapidly changing world. Sign up for our daily newsletter. Subscribe
​​