Geo-economics in an Age of Risk 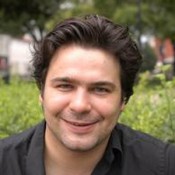 Mark Leonard
Director of the European Council on Foreign Relations 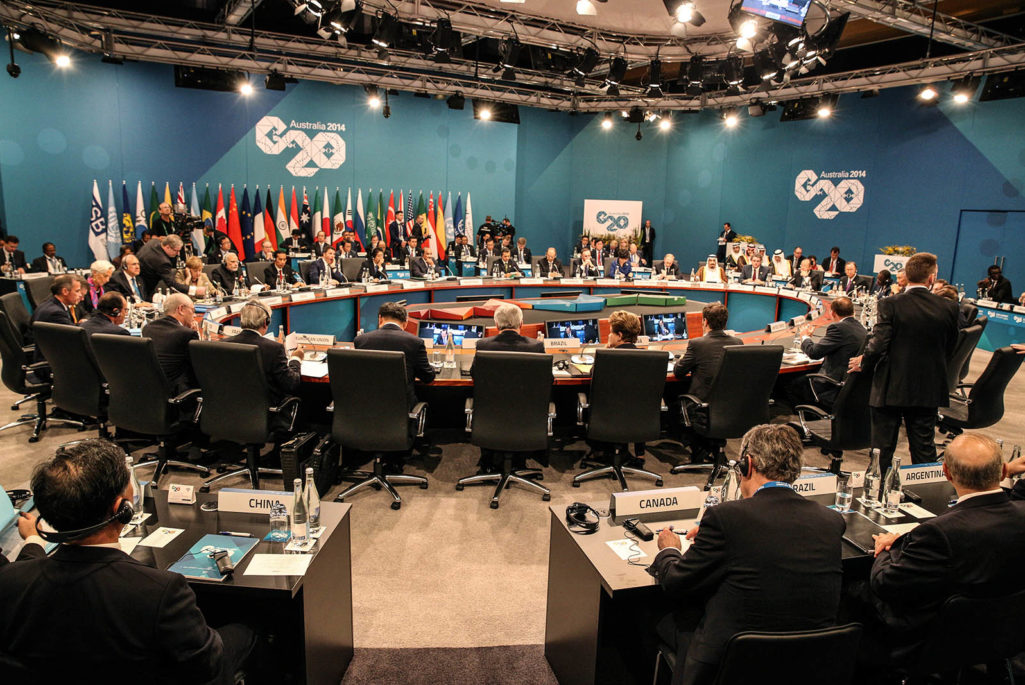 World leaders have gathered in Brisbane for the annual G20 Summit and are expected to discuss economic growth, free trade and climate change as well as pressing issues including the situation in Ukraine and the Ebola crisis.

In the absence of effective global leadership, global norms and standards are eroding—with an ensuing shift towards a multipolar world where great powers compete with each other through economic means and regional powers play a larger neighborhood role.

Increasingly, multilateral institutions are seen as instruments of power projection and there is less interest in tackling shared problems from Ebola to climate change. Because the great powers are looking at issues through a more zero sum lens, they only work together when their interests are very closely aligned. This is exacerbated by a widespread turn inwards as populism and nationalism rise, and governments try to establish measures to give them more control over their affairs.

So what can the world’s states do to prevent geopolitics from unraveling the globalization of the world economy and its systems of governance? What are the main risks to industry/business and what can they do to mitigate them? These are the questions that the Global Agenda Council on Geo-economics will be grappling with over the next two years. Here are five early thoughts.

1. States must develop their rules of the road for economic warfare. When governments use the infrastructure of the global economy to pursue political goals, they challenge the universality of the system and make it more likely that other powers will hedge against it. They could also provoke attacks in retaliation. In the same way that states have developed a series of agreements and conventions that govern the conduct of conventional wars between countries, these principles must be applied to the economic arena.

Of course, this kind of coordination will prove elusive, given all the trends towards regionalization that are making economic warfare more widespread in the first place. The United States still has the most to lose from other powers undermining the existing global economic system; thus, Washington should take the initiative to explain these principles, and it can encourage others to respond publicly. It will be difficult to achieve global consensus, but if major powers lay out their approaches, it could still protect against worst-case scenarios.

2. States must find the right economic role and pursue new forms of engagement. States need to find the right balance between “laissez-faire” and “intervention” to pursue strategic goals. After the financial crisis, it is clear that states will be more involved in setting the frameworks for economic activities. For example, Western countries could learn from China’s infrastructure-first model, but adapt it to their strengths.

China and other major emerging markets are providing an alternative source of capital and loans that make developing countries less willing to adopt the stringent economic and political reforms that assistance from the Western-led International Monetary Fund is contingent on. Instead, the West could drive infrastructure investment in developing countries by leveraging the advantages of its private sector, such as access to high-end technology.

Can nations prevent geopolitics from unraveling the globalization of the world economy and its systems of governance?

3. Staying attuned to the “survival of the biggest” and the pooling of the weak. When a small country becomes too reliant on the regional powerhouse, its ability to pivot and maintain options for itself − economically and strategically − becomes limited. To avoid being sidelined by regional hegemons, smaller states will need to do more to pool their resources and challenge local dominant powers in tandem.

The common threat of a neighborhood hegemon is a powerful impetus. Larger powers, for their part, should recognize the opportunity that small countries in other regions provide, as they look to deepen ties with large and stable outside powers that can give them breathing room. This is playing out to some extent in Asia-Pacific as China’s neighbors hedge against Beijing’s rapid rise by deepening their security relationships with Washington. That model could prove replicable around the world and make for unconventional alignments or alliances.

4. Businesses can keep their eye on the global prize but play by new rules in the interim. Business needs to pursue open globalization if it is to mitigate the risks posed by geo-economic competition and variables. It should be a strong advocate for trade liberalization and foreign investment, which deepens international bonds and diminishes protectionism and incentives for conflict. But even as multinational corporations strive for a more level and globalized marketplace, they need to brace for bumpier terrain. Businesses will need to think more about where they come from and how to be seen as local in different markets.

The rise of state capitalism will complicate or even shut off many sectors that are viewed as strategic by home governments but, on the other hand, new areas of opportunity will open up. China may be sensitive to foreign investment in the telecommunications sector but to combat rising pollution, it may welcome foreign expertise in renewable and alternative energies. Conversely, another country’s energy sector may be strictly off-limits due to that government’s strategic priorities, but it may want outside assistance in building up a viable smart grid and telecommunications infrastructure.

5. A focus on key regional players and sub-global politics rather than worldwide institutions is necessary. Civil society needs to be more pragmatic about where it looks for solutions to global problems. Rather than relying on the universal Bretton Woods institutions, it is worth looking more carefully at regional and sub-regional layers of integration. The time for big global campaigns aimed solely at the G7 is over: amid waning global leadership and new emerging powers, the G7 is not a viable forum for global action.

Such campaigns should be tailored to appeal to the strategic interests of the strongest states in a region that pertains to the initiative. Everyone has an interest in combating a world that is becoming a more dangerous, contested and ungovernable place by developing more political, regional and creative forms of collective action to fight the spirit of atomization that is increasingly defining the world.

This piece first appeared on the blog of World Economic Forum.

Director of the European Council on Foreign Relations

Mark Leonard is co-founder and director of the European Council on Foreign Relations. He is also chair of the World Economic Forum Global Agenda Council on Geo-economics. He has written two books: Why Europe Will Run the 21st Century and What Does China Think?