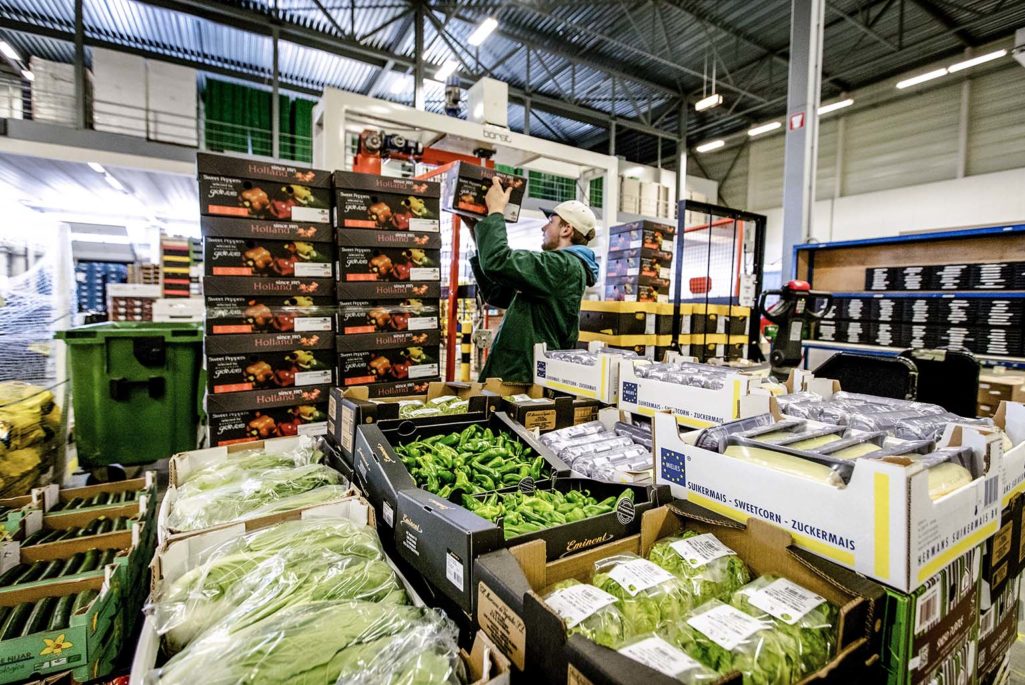 Crates of fruit and vegetables are ready for export at transport company ABC Logistics in Poeldijk, neat The Hague, on June 6, 2016. The Dutch agricultural exports last year rose to a record level.

The growing demand for food to meet the appetites of the world’s population boom will strongly rise through 2025; however, agricultural commodity prices are predicted to remain relatively flat overall in the coming decade.

Those are the key findings in a new report from the Organisation for Economic and Cooperation Development and the UN’s Food and Agriculture Organization.

Although agriculture prices are seen as stable, they remain vulnerable to quickly shifting geopolitical turmoil and increased extreme weather events. “We need to remain alert as changes in markets can take place rapidly,” said OECD Secretary-General Angel Gurría, in a statement. “The key priority for governments in the current context is to implement policies that will increase agricultural productivity in a coherent and sustainable way.” Getting those policies right “is critical to end hunger and undernourishment in the decades to come,” Gurría said.

The baseline projections in the report are “not a forecast about the future,” the report said, rather they are “a plausible scenario based on specific assumptions regarding the macroeconomic conditions, the agriculture and trade policy settings, weather conditions, longer term productivity trends and international market developments.”

As the world’s middle class continues to expand, the world’s diet will increasingly include meat, particularly among emerging economies, the report said. Feeding all that extra livestock will cause competition with agriculture foodstuffs for human consumption, “particularly from coarse grains and protein meals,” the report said, “causing their prices to rise relative to food staples such as wheat and rice.”

In a special analysis of sub-Saharan Africa, the report notes that the rate of undernourishment in the region would decline by 19 to 23 percent; however, because of the area’s rapid population growth, it would still be the center of hunger on the planet. Demand for food there is expected to grow by 3 percent over the coming decade; under the “business as usual” scenario, food production would be unable to keep up, growing at only 2.6 percent, the report said. This would thwart the ability to end hunger by 2030, which is the global hunger goal recently adopted by the UN.

“Policymakers will need to take steps to further boost productivity, including promoting the faster adoption of technology, improving access to markets and better integrating smallholder producers into value chains,” the report said.

Other findings from the report include the following: