Global Health Security and Diplomacy: A Whole of Society Approach 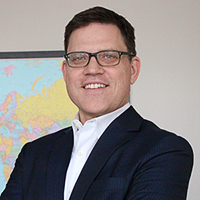 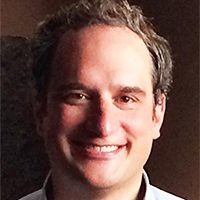 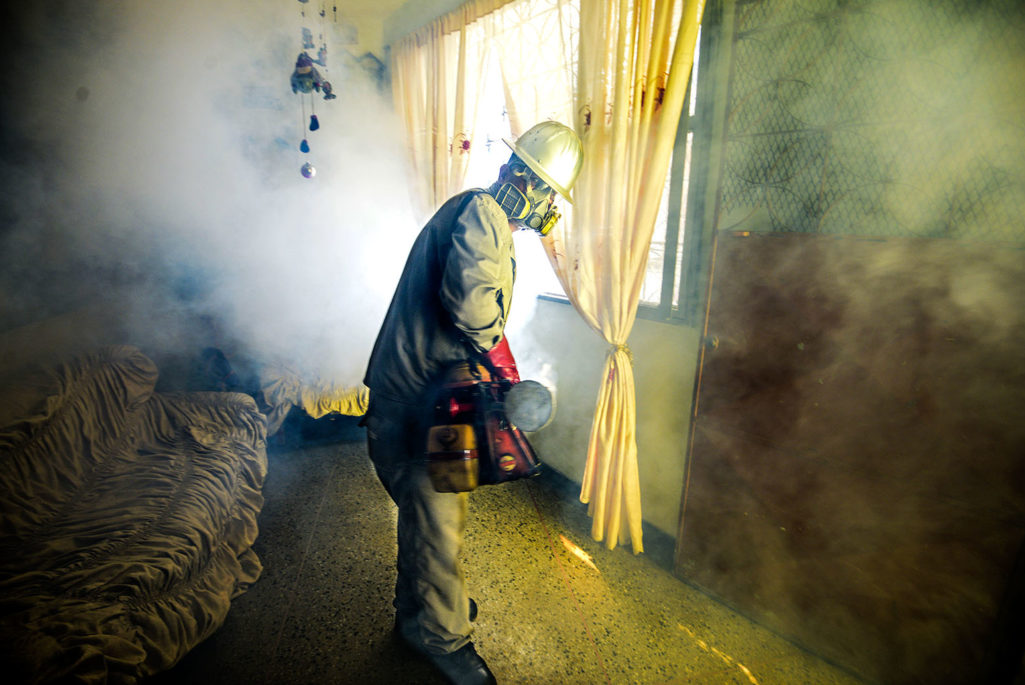 A Health Ministry employee fumigates against the Aedes Aegypti mosquito, at a home in Caracas on January 28, 2016. Venezuela has recorded 4,700 suspected cases of people infected by the Zika virus, which is thought to cause brain damage in babies.

The 2014 outbreak of Ebola in the countries of West Africa quickly became a global health crisis. Ebola symptoms often did not manifest for three weeks after exposure, allowing an infected person to travel around the world before they knew they had the disease. One American physician made it home from Guinea to New York City before his case manifested, threatening an Ebola outbreak in the largest city in the United States. Though his case was contained, there was a global spread, not of the disease, but of fear of the disease, and policymakers and politicians discovered that their reaction required skills and coordination across borders and oceans.

These kind of emerging and reemerging infectious disease outbreaks have not only tested governments, but societies and individuals themselves. How prepared are we as citizens? As a nation? As an interconnected global community? How well informed are we? How well can we respond? From SARS to MERS to Ebola and now Zika, the globe has dealt with numerous outbreaks and learned a number of lessons. In some areas, we have adapted and improved our capabilities, and in others, there remains much work to do.

Lessons from the Frontlines

While there is a natural focus on what individual governments and international organizations, such as World Health Organization (WHO), did to prevent and respond to an outbreak, non-governmental organizations (NGOs) also played a crucial role.

NGOs had the technical expertise, human resources and communications and policy infrastructure needed to mitigate a crisis before, during and after it occurred. NGOs, for example, often had the local knowledge and were locally known in the areas where the diseases ran rampant. NGOs thus played an important role on the front lines in administering aid, but were also as a trusted resource, building crucial relationships with local communities fighting the current outbreaks and fostering resiliency for future ones.

Another one of the lessons learned was that, more than ever, disease outbreaks were a national security concern. “[W]e must come together to prevent and detect and fight every kind of biological danger—whether it’s a pandemic like H1N1 or a terrorist threat or a treatable disease,” said President Barack Obama in 2011.

The launch of the Global Health Security Agenda in 2014 formalized the connection between national security and public health, recognizing that whether an epidemic outbreak or a bioweapon attack, the capabilities to prevent, detect and respond to insurgent disease were identical. The GHSA has provided a common and global platform for government agencies to act together effectively. The recognition that health and security are now inextricably linked meant the response to them had to be sustained by the ongoing diplomatic efforts of the international community. Here again, NGOs have proven effective, as trusted and unbiased experts providing a neutral voice, and being a trusted ally to achieve the objectives of both public health and security communities alike.

Another lesson learned from Ebola, was that, more than ever, disease outbreaks were a national security concern.

In the U.S., the recent Ebola outbreak further strengthened collaboration between the Centers for Disease Control, Department of Defense and United States Agency for International Development, all coming together to deploy a range of programs, connected in part by the GHSA. NGOs were leveraged in the roll-out of these Ebola response programs, with capabilities developed from their substantial earlier activities.

Specifically, large scientific associations such as the American Public Health Labs, Clinical and Laboratory Standards Institute and the American Society for Microbiology gained experience and proved their effectiveness in the roll out of the President’s Emergency Plan for AIDS Relief starting back in 2004. They helped to stem the tide of HIV and other infectious diseases across Africa and beyond, building laboratory capacity and other programs.

These scientific societies deployed subject matter experts and pulled in not only their parent society, but often universities and professional groups. Thus, individuals developed their own understanding and, more importantly, built trust and relationships that lead to lasting and sustained collaboration beyond the scope of the initial government funded activity.

The capacity developed was not just of physical space and equipment, but also of the networked understanding of a range of people. During the Ebola outbreak, that very capacity, once focused on HIV/AIDS, shifted to include the new outbreak. It remains in place to deal with emerging infectious diseases.

NGO capacity building has proven useful in other ways. While U.S. government assistance on health security has historically been less focused on Latin America, the NGO community has maintained strong ties across the Americas. Through organizations such as the Pan American Health Organization and a robust north-south university network, NGOs have a hemispheric capacity that will, for example, play an important role in the response to the recent Zika virus outbreak.

In addition, the NGO connections with universities are also creating new pathways for careers in global health security and diplomacy, where diverse expertise and experiences are needed. The American Association for the Advancement of Science Policy Fellowship program is an example, placing PhDs in research science in government jobs, leading to an infusion of science into policy and vice versa. The new Global and Public Health Major at Cornell University is an undergraduate example, creating expertise in the areas needed to deal with emerging health threats globally.

Health issues, particularly those of emergent diseases, have become internationalized. The lines between health, security and diplomacy have largely vanished, meaning that any response to them has to come from a multitude of organizations, governmental and non-governmental. In these responses, NGOs have been particularly useful, offering area- and disease-specific knowledge, managing capacity building in both physical and knowledge resources and developing long-term development paths for expertise. The combination proved substantially effective with the Ebola outbreak in 2014, and hopefully will do the same with the next emergent disease.

Director of International Affairs at American Society for Microbiology

Dr. Jason Rao is a recognized thought leader of global health security policy and programs; he is the creator of the U.S. Department of State’s Biosecurity Engagement Program and former senior policy advisor in the White House, Office of Science and Technology Policy. Dr. Rao is currently the director of International Affairs at the American Society for Microbiology and editor-in-chief of Cultures magazine. He teaches course on Global Health Security and Diplomacy at Cornell, Georgetown, and George Washington Universities and the Editor of the textbook Global Health Security and Diplomacy (in press).

David Silbey is the Associate Director of the Cornell in Washington program and an Adjunct Associate Professor in the Cornell History Department.

Anne Toomey McKenna Visiting Professor of Law at University of Richmond School of Law
URL: https://www.brinknews.com/global-health-security-and-diplomacy-a-whole-of-society-approach/
Get ahead in a rapidly changing world. Sign up for our daily newsletter. Subscribe
​​