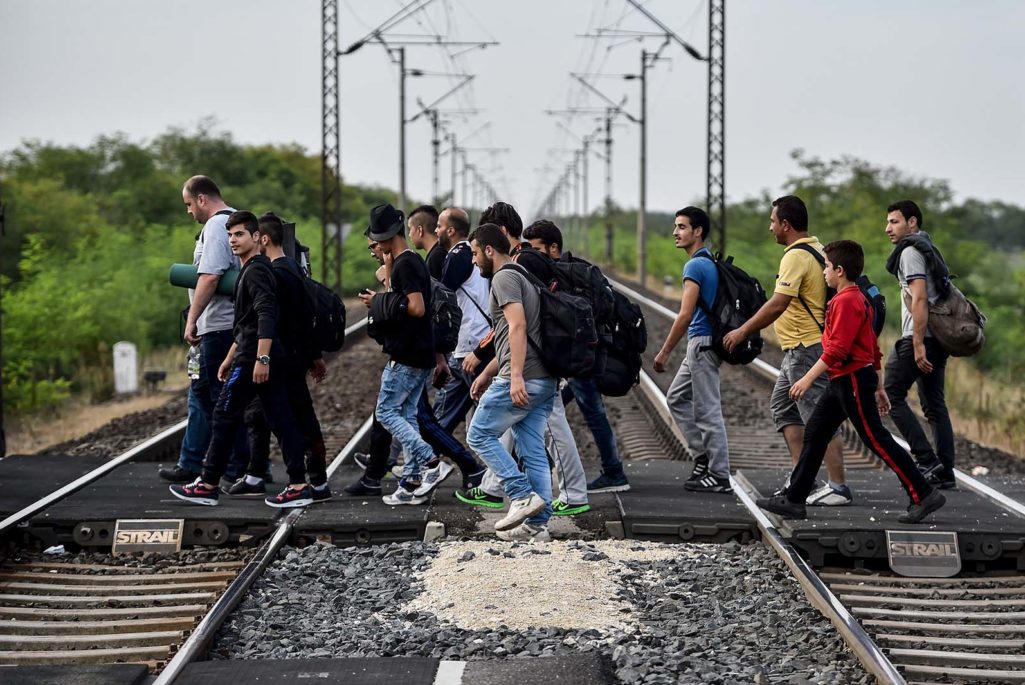 Hundreds of migrants walk from Hegyshalom, Hungary railway station to a holding center on the border with Austria following Hungarian authorities closing the open railway track crossing in 2015. Since the beginning of 2015 the number of migrants using the so-called 'Balkans route' has exploded with migrants arriving in Greece from Turkey and then traveling on through Macedonia and Serbia before entering the EU via Hungary.

Migration holds the promise of improving the lives of migrants and strengthening the economies of both origin and destination countries, given the right public policies are in place. However, in a world now awash with strong anti-immigrant sentiment, policymakers are hesitant to push the issue to the forefront of their agendas.

Although a multitude of humanitarian refugee crises need to be resolved, “more coherent policies and strengthened international cooperation are required to enhance the contribution of migration to development,” a recent OECD report said.

As of 2015, 243 million people—or 3.3 percent of world’s population—were living outside their home countries, up from 2.7 percent in 1995. The migration has been lopsided, with the majority of the migrant flow being toward high-income developed countries, away from low- and middle-income countries, equaling nearly two-thirds of the world total. There are currently 16.1 million refugees (representing 6 percent of the total number of global migrants) at large, the report said, and contrary to other migrant flows, most refugees (87 percent) are hosted by developing countries.

Despite progress in many developing economies, the gap in incomes with high-income countries has been increasing and differences in well-being remain large. The presence of migrant networks (family, friends and community) already living in traditional destination countries also helps to reduce the costs of migration, thereby reinforcing the concentration in a few preferred destinations. High and sustained economic growth “should theoretically become more attractive for migrants” and divert traffic away from traditional migration corridors, the report said. But this hasn’t happened, and migration is increasingly concentrated in high-income countries. In 2015, all top 10 destination countries except Russia were high-income countries; the United States remains the most desired destination for migrants, the report said.

The report outlines a three-part approach needed to accommodate the large numbers of people that aspire to migrate:

Designing policies that incorporate the development dimension. Migration is not a prerequisite for development, yet it can contribute significantly to the development of countries of both origin and destination. Policymakers should design migration and development strategies to minimize the costs induced by human mobility and maximize its benefits.

Fostering policy and institutional coherence. Policymakers should aim to promote better coordination of public initiatives to enhance the contribution of migration to development. Better policy coherence can help balance policy trade-offs in a way that is sensitive to the needs and well-being of all stakeholders, especially migrants.