Greece, the Euro Project and Future of the UK 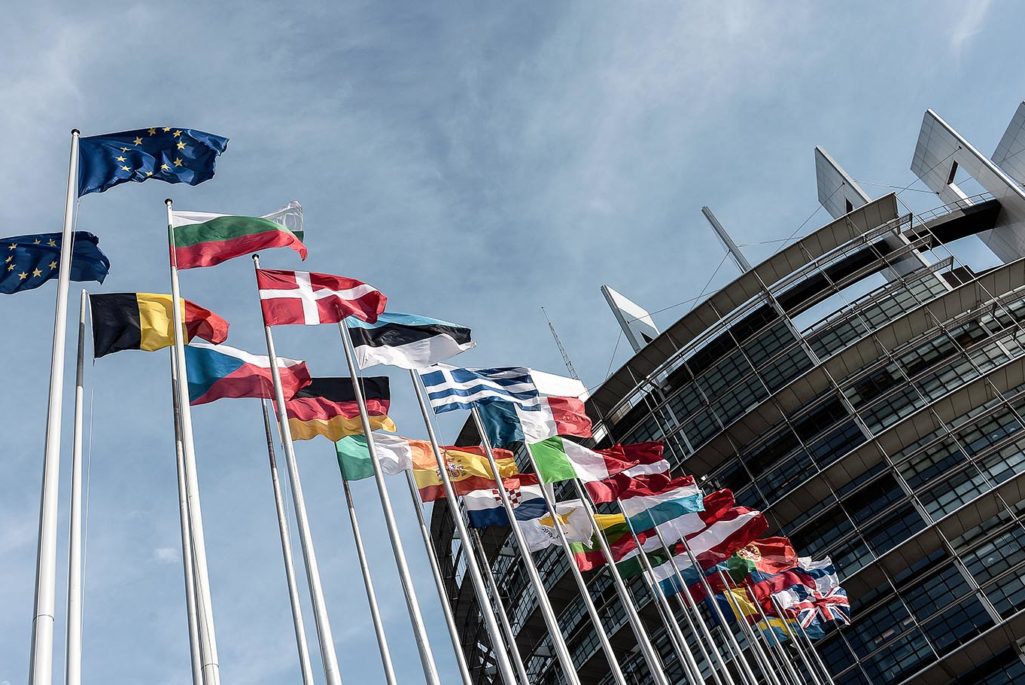 A photo taken on March 11, 2014 shows the European Parliament in Strasbourg, eastern France.

So much has been written about Greece that it is hard, sometimes, to keep a sense of perspective. For me, the lessons of Greece have two dimensions.

First, the impacts on Greece itself. The basic issues are now clear. Greece was unwise to have entered into a currency union. The potential of the country to compete on equal terms, particularly with its northern neighbors, was not there. The necessary structural adjustments were just too great. Those who played the emotional “they invented democracy” card were naive and all those who assisted Greece to fudge the numbers so that they were admitted on technical grounds should certainly be ashamed of themselves. This neither helped the Greeks nor anyone else.

As for Greece itself, it is condemned to a very uncertain future. There is no way it can redeem all its debts. But forgiveness is also not on the table—yet, at any rate. To some extent, the future for the economic and social well-being of the country will depend on what is finally negotiated with the EU creditors.

However, no significant improvement leading to inward (or even domestic) investment and sustainable growth will be possible without deep-seated, structural, supply-side reform. So far, despite promises along the way, the efforts in that direction have not been successful. And since labor market reform is just as important as a willingness to pay due taxes, the present left wing populism gives little cause for optimism in that respect.

As for Greece, it is condemned to a very uncertain future. There is no way it can redeem all its debts.

So the social and political strains are going to continue, with unpredictable results.

As for the Euro project, this will remain in peril, absent two developments. On one hand, there will need to be significant debt forgiveness to avert social eruption and a failed state in the south of Europe capable of falling into Vladimir Putin’s clutches. On the other, a major and sustained effort to restructure the economy on the part of the Greeks will be needed. The former may occur, and I hope that the International Monetary Fund’s lead on that will sway the balance. Sceptics may still feel that it unlikely; however, it is the only way for the prospect of Greece remaining in the euro and to preserve the inviolability of the euro.

Either way, the reality that there can be no monetary union without fiscal union, and hence political union, will have won the day.

Given the political realities—and despite all the huge efforts to create a sustainable regulatory and crisis-handling framework in Frankfurt—continuation of the drama surrounding the euro may well continue with the danger that, far from creating a single state, it produces fissure and dissent within Europe with incalculable consequences. The difficulties facing the southern states, in terms of competitiveness, will not go away. And a polity that requires the good nature of all the others to underwrite—and perhaps then to forgive—increasing debts of uncompetitive members in the same way as Greece has done is unrealistic, absent political union.

The reality is that the politics of stealth to achieve union, which was implicit at the time of the creation of the euro (and which the UK did not fall for) has not really worked. And Greece has shown the difficulties of creating such a union by stealth. Either the political will emerges openly to forge a united states of Europe, or we shall have more “Greek tragedies” down the track. As a pro-European in both the economic and emotional sense, but a sceptic in the political union sense, this is an uncomfortable scenario, to say the least.

Will the ‘Greek Tragedy’ Spill Over to the UK?

The second dimension deals with the implications of Greece for the UK; they could be momentous.

The first issue is the impact on the UK’s EU referendum. The siren voices proclaiming that it is German austerity that has forced the calamity in Greece could encourage the UK’s Left to make this a reason to quit and tip the balance in favor of exit.

Despite Jeremy Corbyn’s recent statements that the Labor Party wants to stay in the EU, his reasons for wanting to do so are likely to inflame the Right and make them even more determined to leave. So the net impact of Corbyn, so far, has to be to make Brexit more likely, and the impact may become worse over time, given his own voting history.

So Brexit has to be a real danger. After all, the referendum result may be close, and even if the numbers are small, the Left could still swing the balance. Those who want the UK to stay in the EU—while trying to forge a proper economic free market among all the EU members, and at the same time want to ensure an equal voice for opposing points of view—will be appalled at the thought that the dangers of Brexit have been increased because of what has happened in Greece. So far, so bad.

But if Brexit occurs, the prospect of the Scots demanding another referendum is all but certain. First Minister Nicola Sturgeon has already said as much.

The Scots, it seems, are more for the EU than are the English. Whether the Scottish Nationalist Party would win such a referendum is far from clear, but the danger that they might do so is too high for any of us who extol the virtues of a successful political union that is a century older than that of the United States. Nevertheless, I would certainly not underplay the political skills of the Scottish nationalists and the prospect that, this time, they may win a referendum.

So we would then have England outside the EU, the United Kingdom dissolved and uncertain outcomes from the Northern Irish and the Welsh.

fmr. Deputy Governor of the Bank of England

Sir Andrew Large is Founding Partner of Systemic Policy Partnership, offering advice in the design and governance of financial, monetary and economic policy.  He is former deputy governor of the Bank of England and a member of its Monetary Policy Committee from 2002 to 2006. Prior to his time at the Bank of England he served from 1992-1997 as Chairman of the UK’s supervisory authority, the Securities and Investments Board, which was the precursor of the Financial Services Authority. He also served as Deputy Chairman of Barclays Group from 1998-2002.

In addition he is chairman of the Senior Advisory Board of Oliver Wyman; senior adviser of Hedge Fund Standards Board; a member of the Board of Axis, Bermuda; chairman of INSEAD’s Advisory Council.

Alan Shipman Senior Lecturer in Economics at The Open University
URL: https://www.brinknews.com/greece-the-euro-project-and-future-of-the-uk/
Get ahead in a rapidly changing world. Sign up for our daily newsletter. Subscribe
​​