How Are Businesses Shielding Against Terrorism Threats? 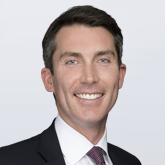 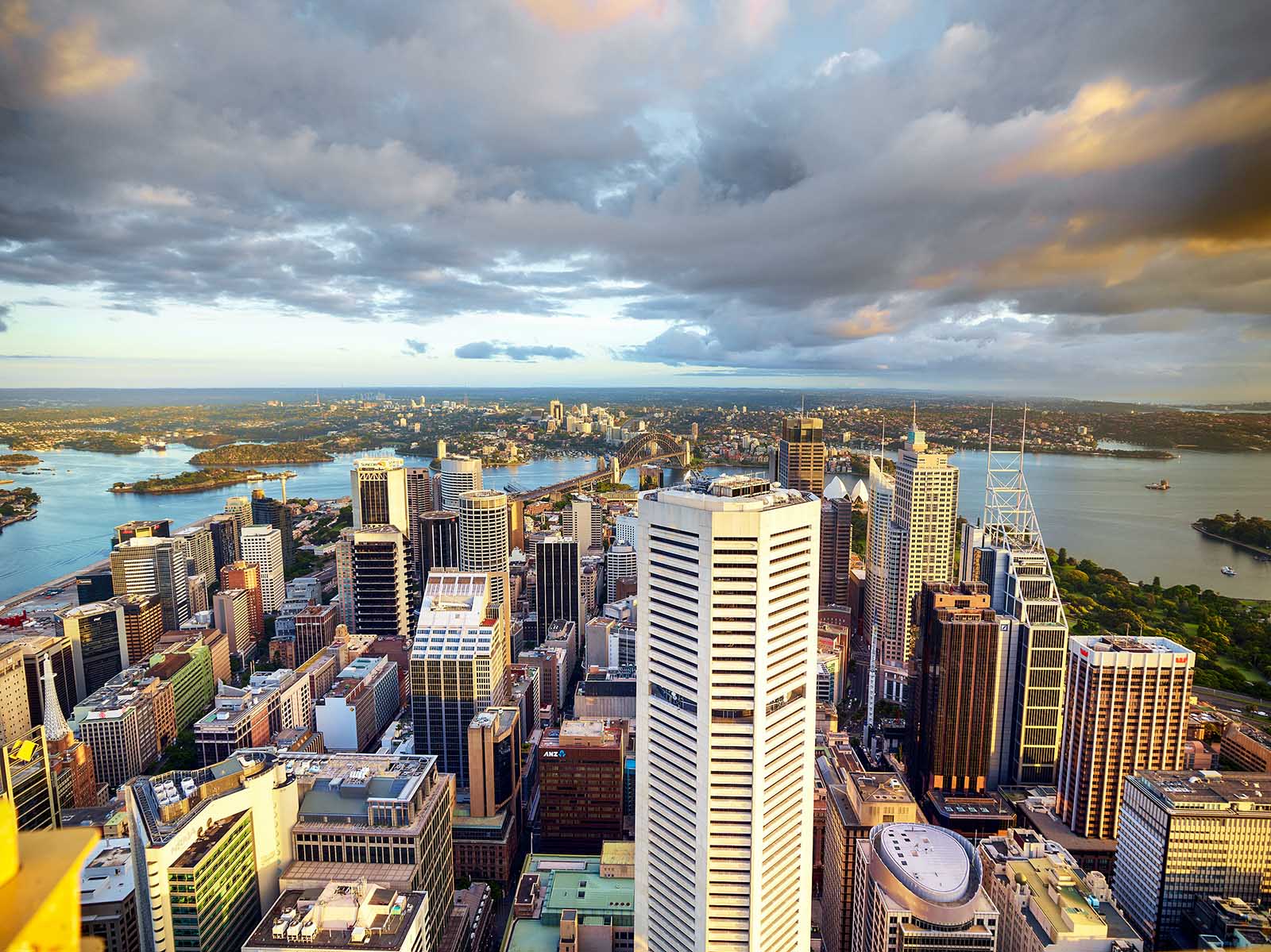 The skyline and harbor of Sydney is seen from a viewing platform at the Sydney Tower Eye. In Australia, more than a dozen major terrorist plots have been foiled by counter-terrorism agencies since the national threat level was raised to probable in 2014.

The 2016 Global Terrorism Index reported a 650 percent increase in terrorism-related deaths across OECD countries. In Asia-Pacific, there are over 200 active terrorist organizations, with attacks resulting in more than 8,000 fatalities in 2016 according to the Global Terrorism Database (GTD). Of the five countries that saw the most number of terrorist attacks globally in 2016, Asia accounts for four. In particular, South Asia is the most concentrated area of terrorism in the region, with bombing and explosives accounting for 51 percent of attacks and firearms for 32 percent.

While ISIS-affiliated operatives attempted—but failed—to conduct additional attacks in Indonesia and the Philippines last year, terrorism risk is on the rise and threatening business operation in the region. In Australia, more than a dozen major terrorist plots have been foiled by counter-terrorism agencies since the national threat level was raised to “probable” in 2014.

Security shocks have the potential to cause severe damage to a nation’s economy and foreign investment, consumer confidence, and the tourism industry. Furthermore, the shifting nature of these terrorism events is driving the need for the insurance industry to reassess coverage options. Many of the atrocities witnessed so far in 2017—London, Manchester, Paris, Stockholm, St. Petersburg, Las Vegas—all bear the hallmark of “lone wolf” attacks or “lone attacker” events. Typified by being small-scale and causing high loss of life but limited property damage, these events can leave devastating effects on an organization’s operations, assets, people and day-to-day running of the business. While there has been a sharp increase in the number of fatalities by terrorist attacks in recent years, property damage has remained relatively low. Apart from governmental effort to strengthen legal frameworks and investigate and prosecute terrorism cases, organizations should also take preemptive measures to build resilience.

Role of Insurance: The Case of Australia

In the event of a declared terrorist incident, any terrorism exclusions under an eligible insurance contract are overridden, and insurers must pay their claims in accordance with the terms and conditions of the policy. The respective insurers can then access the ARPC scheme to recover their eligible terrorism losses, subject to various thresholds. Also, in Australia, an incident needs to be formally declared as a terrorist incident by the responsible minister before provisions under the ARPC are triggered. Coverage under the ARPC follows traditional “damage-based” concepts, meaning that a business-interruption loss is only covered if it follows property damage.

The evolution of terrorism acts, which has shifted focus from terrorist groups targeting high-value properties to lone attackers seeking maximum casualties in crowded spaces, means that many events are now likely to fall outside the boundaries and definitions of traditional insurances. In view of this, the ARPC broadened the scope of a terrorism act to include chemical, biological, polluting, contaminating, pathogenic and poisoning.

The ARPC also broadened the scheme’s scope of eligibility to include certain mixed-use residential buildings and high-value buildings.

Marsh’s national property placement manager, Mark Mitchell, believes that while the latest round of amendments is good news to those organizations that have since become eligible, the flipside is dilution of coverage: “The total aggregate cover is effectively being shared with more policyholders now, which potentially dilutes the cover for everyone.” Terrorism risk will continue to shift and evolve, necessitating the development of new and appropriate products that continue to stay relevant.

Top-up terrorism cover. “Top-up” terrorism insurance provides an additional layer of protection on top of the ARPC cover. Unlike the ARPC limit, which is shared among all members of the scheme, the top-up limit is a dedicated limit reserved exclusively for the individual policyholder. Top-up insurance aims to cover claim payout shortfalls that result from the aggregate nature of ARPC’s cover. This cover can be taken by organizations that desire extra protection rather than relying solely on the ARPC cover in the event of a major-loss event where a payout reduction may be applied. Property owners might also select this coverage for accumulation exposure as a result of concentration of assets, for example, located in CBD areas.

Wrap-around terrorism cover. These global programs are designed to “wrap around” country-specific government terrorism pools (see Exhibit 1). The policy can provide difference-in-conditions coverage, where a government terrorism pool is in place in a particular country, as well as ground-up coverage in the absence of a government pool, as is the case in New Zealand and Canada. This coverage can be taken by organizations with multinational exposures, for example, Australian-based businesses with global assets and operations, and New Zealand-based businesses with assets predominantly in New Zealand and/or with overseas exposures.

Standalone terrorism cover. A standalone terrorism policy provides coverage to the policyholder from the ground up. Although the aggregate limit of coverage attainable under a standalone policy may be less than the ARPC, it provides a dedicated limit for the policyholder, in contrast to the shared limit provided under the ARPC. This coverage can be taken by organizations not eligible for the ARPC, including government-owned properties, residential/strata properties, some mixed-use buildings that fall outside of ARPC’s scope, rolling stock, and vehicles. Standalone terrorism coverage is provided by some non-life insurers in Asian countries such as Thailand, Singapore and Malaysia.

Alternative covers. The potential cost of property damage from a “small” attack can be outweighed by business interruption costs if, for example, enforced curfews resulted in diminished patronage, if travel warnings led to cancellations, or if grounded flights caused travel disruption. In response to these shifting threats, the insurance market has developed crisis-management-style insurance products to supplement gaps that may exist under traditional insurances and the ARPC. They aim to address issues such as active shooter situations, non-damage losses such as costs incurred from evacuation due to a threat, contingent interruption of operations, cancelled reservations and loss of attraction. Alternative covers can be taken by organizations that are not eligible under the ARPC or those seeking extra protection.

Where to From Here?

The global terrorism insurance industry has grown exponentially over the years. However, standalone and alternative terrorism insurance options appear underused in Australia. Although there is ample capacity in the insurance market, a number of factors may be influencing local purchasing patterns. They include:

Notwithstanding these factors, terrorism will continue to be an evolving global risk in a digital age where geographic reach is no longer limited by physical borders and an uncertain terrorism-risk landscape is underpinned by unstable global political and economic environments. In this environment, it is prudent for organizations to review their response plan in a terrorism scenario, be aware of their exposures, and have a clear understanding of their insurances, particularly for those who are not eligible under the terrorism insurance pools or have overseas exposures that may leave them uninsured.

Josh Roach is the leader of Marsh Australia’s Specialties Practice which encompasses its industry and practice specialties including FINRPO, Construction, Environmental, Captives, Private Equity and M&A, Credit, Power and Energy, Aviation and Marine.