How Can Asia Bring More Women Into the Workforce? 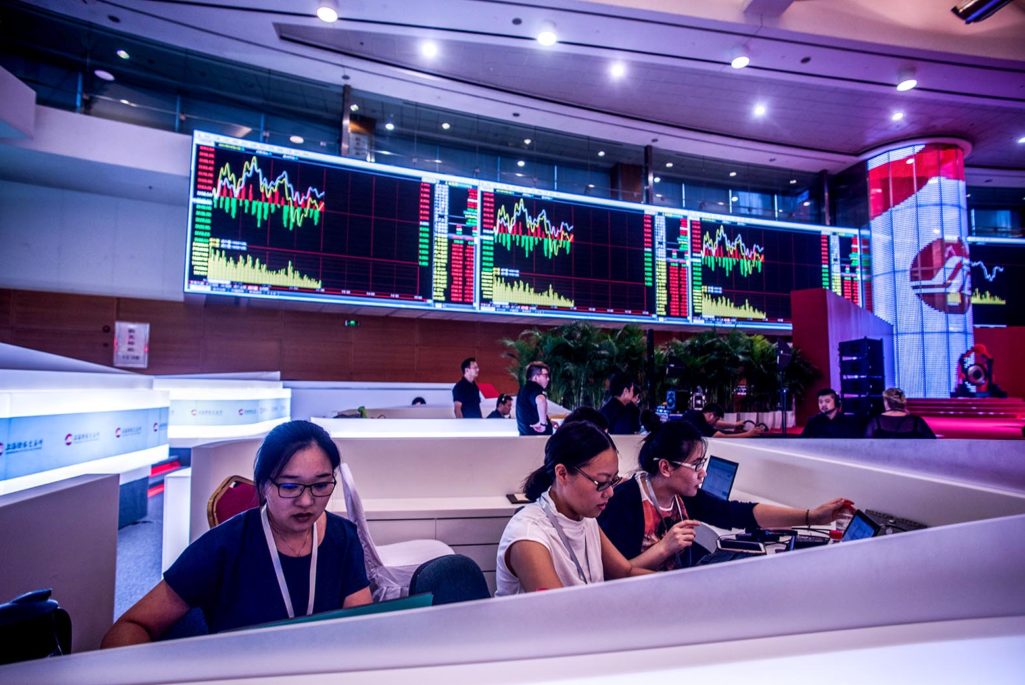 Women work on the trading floor at the Shanghai Stock Exchange in the Lujiazui Financial district of Shanghai.

Women in Asia are on average 70 percent less likely than men to be in the labor force. This gender gap persists despite steady economic growth, increased access to education, and the desire of most working-age women to become employed.

The gender imbalance in the workforce in Asia and the Pacific limits productivity and curbs economic growth. Estimates show that the removal of gender bias in education, the labor market, and the household in a typical Asian economy would increase per capita income by 30 percent and aggregate income by 6 percent over a generation.

However, economic growth and increasing education alone are insufficient to increase the share of women in the workforce. Other factors holding back women’s participation in the labor force range from lower wages and lower quality jobs owing to how women allocate their time between market and non-market activities, the perception that women aren’t as skilled as men, social norms that emphasize domestic work as the primary responsibility for women, among others.

A recent study examines the factors that have prevented women from entering the workplace and outlines a range of policies to reverse the trend.

The study presents findings from four countries—China, Indonesia, South Korea and Pakistan—that together account for close to 28 percent of the world’s working-age women.

Each of the four countries has low or declining rates of female participation in the workforce. In China, 64 percent of working-age women are employed, down from 73 percent in 1990. Indonesia’s rate is comparatively high for the region but is still only 51 percent. Female labor force participation in South Korea remains at a low 50 percent despite high levels of economic growth and per capita income. And in Pakistan, while on the rise, the female participation rate sits at just 25 percent.

So, what accounts for these stubbornly low or declining participation rates?

Study data suggest there are several prominent constraints to female labor force participation in the four countries. These include a wide range of social and cultural norms that emphasize women’s domestic responsibilities, limit mobility, restrict the subset of jobs considered appropriate for women, and impede women’s access to information.

In a typical Asian economy, the removal of gender bias can increase per capita income by 30.6 percent.

The study observes five important patterns in the data:

There are several socioeconomic benefits associated with increasing the participation of women in the workforce in Asia.

Increased growth. Gender disparity in the workforce results in misallocation of talent that hampers productivity and curbs economic growth. In developing countries, for example, women handle most domestic work, which is inefficient as women engaged in these roles at home could actually be more productive than some men in the labor force. In a typical Asian economy, the removal of gender bias in education, the labor market and in households can increase per capita income by 30.6 percent.

Improved individual welfare. Another key benefit of women joining the workforce is that they gain ownership of assets and become more independent, which gives them greater freedom of mobility and improves the nutritional outcomes of their children as well. The control over assets also has positive spillovers on daughters and sisters. It is worth noting, however, that several of these benefits may not accrue—despite increased female participation in the workforce—if women are working in low-quality jobs that pay very little or providing unpaid work for the family.

How can Policymakers Boost Female Participation in the Labor Force?

Notwithstanding the clear benefits of increased female participation in the workforce, and despite the desire of non-working women to take up employment, they are not working as much as they would like. Policymakers, however, can help address this imbalance.

Introduce job quotas that counteract the negative effects of discrimination, provide incentives for women to acquire skills, and allow them to act as examples that will challenge beliefs about their productivity and suitability for certain kinds of work.

Facilitate mobility, such as female-only transportation to provide a socially acceptable way for women to travel between work, school, and home.

Going forward, policymakers in Asia need to adopt a multifaceted policy-research agenda to bring about gender parity in the workforce, which in turn will be instrumental in leading to the improved use of human capital, increasing productivity, better individual welfare outcomes, and higher economic growth.

Development Asia provides a format for sharing solutions to development problems—from small detailed fixes on a specific type of project to big picture strategies that address broad societal issues. Contributors to Development Asia look for solutions and share them.