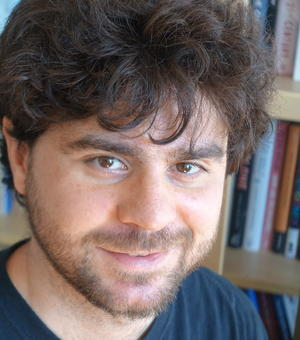 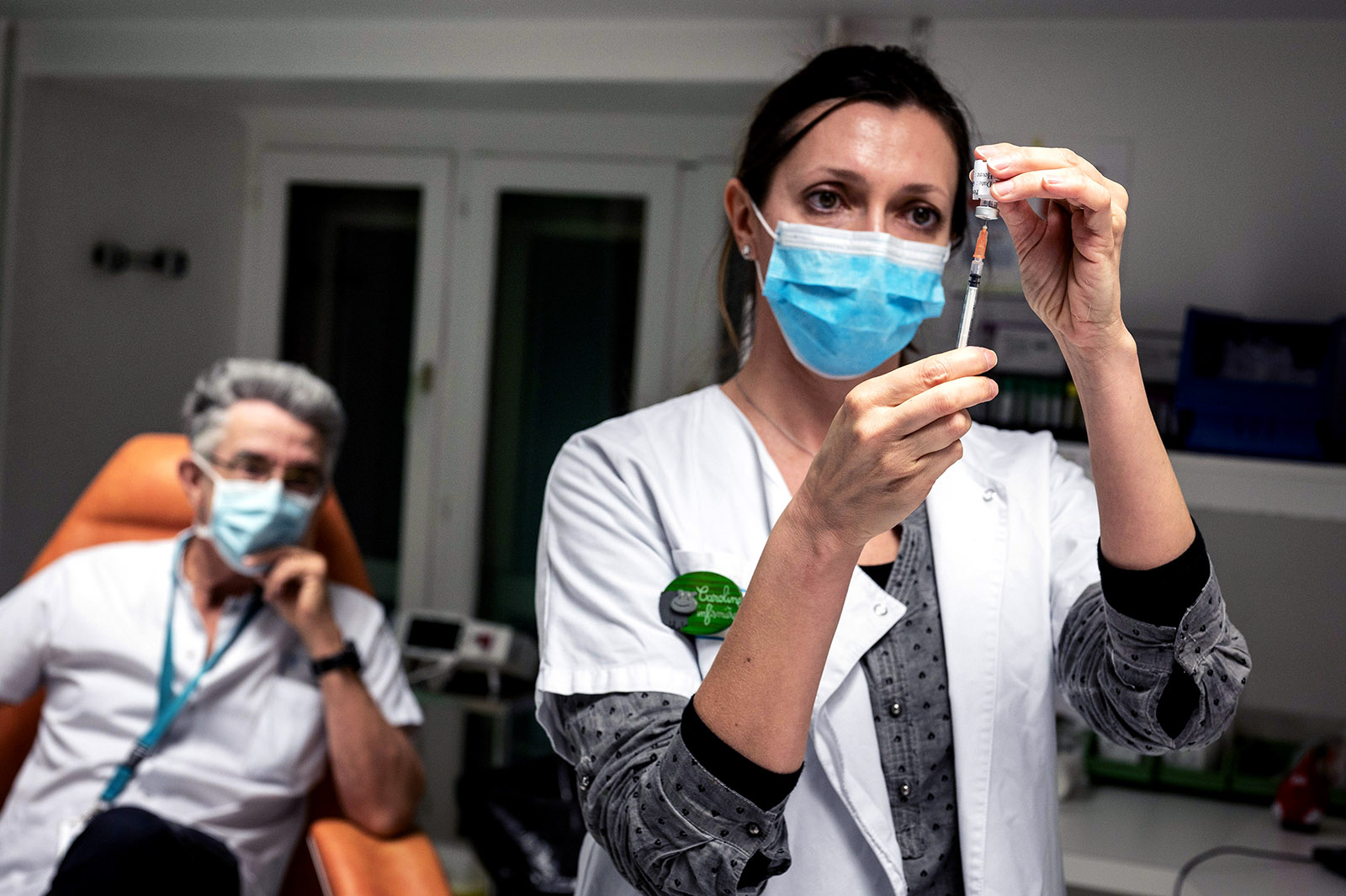 A medical practitioner prepares a dose of the COVID-19 vaccine at the Croix Rousse Hospital in France. There has always been some form of resistance to vaccination; therefore, it's not really something that is new to COVID.

As Europe starts to distribute the COVID-19 vaccine, many European governments are facing high levels of vaccine skepticism among their populations. In France, polls suggest 46% of the population would reject a COVID-19 vaccine, if offered. And similar levels are found in Poland and Hungary.

BRINK interviewed Alberto Giubilini, a senior research fellow at the Oxford Uehiro Center for Practical Ethics and Wellcome Center for Ethics and Humanities at the University of Oxford, about this skepticism.

GIUBILINI: Skepticism and hesitancy around vaccines is not a new phenomenon. There has always been some form of resistance to vaccination, such as the MMR vaccine, for example. It’s not really something that is new to COVID-19.

What is new about COVID-19 is that people have become aware of many of the aspects of vaccine development that they didn’t know about before. For example, the fact that vaccines have to go through three phases of trials. There is a new kind of language that people didn’t know before, and what they’ve learned while gathering this new information is that this vaccine has been developed very, very quickly compared to other vaccines.

I think that raises doubts about its actual safety, and these doubts are not entirely unreasonable. We know that these vaccines will be very, very safe in the short term, but we cannot simply assume with 100% confidence that they will be safe in the long term as well.

The idea of this vaccine being developed quickly and that it might be made mandatory — these things together scare people a bit. But once you see that people have been vaccinated and nothing bad happens, then I’m sure that the level of confidence will go up. But we really need to make sure that it goes up fast enough, and at a high-enough level, in whatever population group we want to target. And that’s really the big problem.

BRINK: So if confidence levels go up, why is it necessary to make it compulsory?

GIUBILINI: First of all, because the willingness to be vaccinated is very unstable. We saw this in the U.K. with the MMR vaccine; we were above herd immunity levels for a few years, but there wasn’t a mandatory vaccination scheme, and at some point, vaccination protection fell below herd immunity because there was not enough uptake.

So by not making it mandatory, you’re actually taking a risk.

Even if there is enough uptake at the beginning, you don’t know whether there will be enough uptake, say, in one or two years. It’s risky to wait for the emergency to happen, or for the level of uptake to go down in order to intervene. Prevention is always the best strategy in this case.

BRINK: Is there a risk that making it mandatory will actually increase people’s suspicion of government?

GIUBILINI: There might be a risk of that; some people think that mandatory vaccination policies will backfire because people will lose trust in government. So you might lose a bit in terms of people’s confidence, but if you get people vaccinated, the facts will show that vaccine mandates work and are a good thing.

We don’t need herd immunity to get out of this emergency: We need to ensure that the most vulnerable who are at risk are adequately protected.

I cannot think of a better way of fostering people’s trust in the health care system and in public health authorities than with facts.

After all, that’s exactly what happened with many other public health policies.The most popular example would be seatbelt requirements. Many people didn’t want to wear seatbelts when they were introduced. But we have seen how good these policies are because we saved thousands of lives, thanks to seatbelts. And now, it is a norm to wear seatbelts. And I think the same will happen with these vaccines.

BRINK: If the decision whether to make it mandatory is left to individual countries, is there a risk of not getting herd immunity in the EU, because some countries are doing it and some are not?

GIUBILINI: You need a coordinated international effort. National vaccination policies in a globalized world don’t work as well as they could because people move around. This is a global problem, not a national problem. Infectious diseases know no borders.

The Paris Climate Agreement is another example. This is a legally binding agreement, which means that countries would be penalized by other countries if they do not comply with the terms of the agreement, say in terms of negative consequences in market access.

BRINK: Do you believe there should be something like a digital passport or proof that someone has had a vaccination so that they can travel?

GIUBILINI: Yes, I think so. We already have something like that, but we don’t call it a passport. For example, in the U.S. in many states, children cannot go to school if they’re not up-to-date with certain vaccinations, which means that if you don’t present a certificate that your child is vaccinated, the child cannot go to school.

That’s a form of vaccination passport already. We don’t use that name, but it’s the same thing. So I think the same thing should be implemented more broadly in any public space or transportation, or any publicly accessible settings where contagion is likely to happen.

BRINK: Are you confident that herd immunity will be achieved in Europe?

GIUBILINI: That’s the million-dollar question. According to current estimates, the level of herd immunity for COVID-19 is not that high. It’s between 50% and 70%. So you really don’t need to vaccinate the vast majority of people to get to herd immunity. You need to vaccinate maybe half of the population or so.

I’m confident that we can achieve herd immunity at some point, but how soon, it’s really impossible to tell. Now I would hope within one year or two, but I don’t know.

However, we don’t need herd immunity to get out of this emergency. We need to ensure that the most vulnerable who are likely to overburden health care systems, and essential workers who are at risk are adequately protected, be it through direct or indirect immunization.

Alberto Giubilini is a senior research fellow at the Oxford Uehiro Center for Practical Ethics and Wellcome Center for Ethics and Humanities, University of Oxford. He has a PhD in Philosophy from the University of Milan, and has published on different topics in bioethics and philosophy, including the ethics of vaccination.

Anne Toomey McKenna Visiting Professor of Law at University of Richmond School of Law
URL: https://www.brinknews.com/how-do-we-overcome-europes-covid-19-skepticism/
Get ahead in a rapidly changing world. Sign up for our daily newsletter. Subscribe
​​