How Is Caregiving Holding Women Back?

March 10, 2019 An interview with
Shailey Hingorani
Head of Advocacy, Research, and Communications at AWARE (the Association of Women for Action and Research) 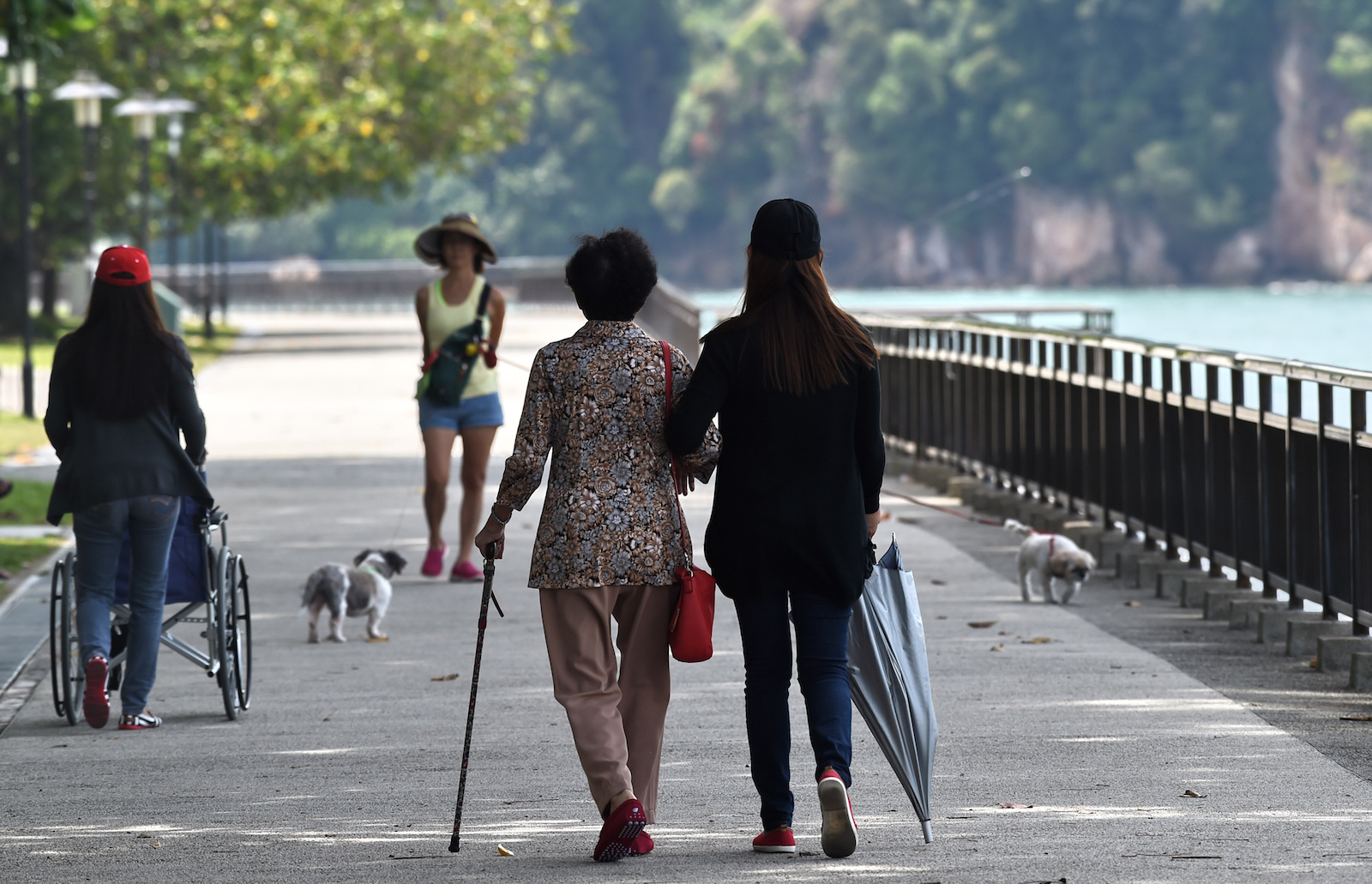 A young working woman walks a family member at a park in Singapore. A number of countries have normalized flexible working options, which helps working caregivers avoid the conflicts they face in trying to balance their careers with responsibilities at home.

This is the second article in a special series on women in the workforce.

Gender parity is often seen as just a workplace issue in Singapore—and indeed elsewhere. While there are clearly a multitude of issues in the workplace that inhibit the progress of women to senior roles at their organizations, the impact of caregiving on gender parity is not given its due.

Women carry out a disproportionate share of caregiving responsibilities in their homes, and this has serious implications on their employment prospects, jobs, career progression, income and retirement savings. BRINK Asia spoke with Shailey Hingorani, head of Advocacy, Research, and Communications at AWARE (the Association of Women for Action and Research) about the impact of caregiving on gender parity in Singapore, steps being taken by the government to address the imbalance, and the role of companies.

BRINK Asia: When we consider gender equality, what areas is Singapore doing well in compared to others?

Shailey Hingorani: I think there’s a lot to celebrate about the gains made in women’s rights in the past couple of decades in Singapore. In terms of health and survival and particularly maternal health—Singapore does very well. We’ve also done remarkably well in educating women, with female literacy increasing from 34 percent in 1957 to 96 percent in 2018. The gains we’ve seen in one generation are enormous. Another area in which Singapore has made advances is the participation of women in the workforce. We have gone from 22 percent in 1957 to 60 percent in 2018. This is a substantial increase, and linked to this is the extent of women’s contribution to GDP, which is currently at about 39 percent, well above the global average. So, I think there’s much to celebrate about where Singapore stands at the moment.

BRINK Asia: What about gender parity in the workplace?

Ms. Hingorani: As you know, AWARE does a lot of work around caregiving. With Singapore’s aging population and its shrinking family size, we are going to see more pressure being placed on those available to provide care, whether to children or to the elderly. I think we don’t recognize the importance of unpaid care—how it disproportionately affects women and their labor outcomes.

Care work is an important aspect of economic activity, and it contributes to the well-being of individuals and families. Each and every household has to provide some kind of care. The Singapore government has recognized this—one of the key principles that undergirds Singapore’s social systems is the family as the first line of care and support. However, the problem is that this work remains unpaid. It remains invisible and mostly a woman’s responsibility. It affects labor outcomes because it can determine what kinds of jobs women are able to take. That, in turn, affects the amount of money that women are able to save, as it impacts the income they make. Caregiving also determines how long women are able to stay in the labor force.

Another big, related issue is that of the gender pay gap: the difference between men’s earnings and women’s earnings, expressed as a percentage of men’s earnings. There are lots of ways to calculate it. Even if we go by the way the Singapore government defines it, it hovers at about 10-11 percent in all occupational categories except clerical support. This isn’t nearly as bad as it is in the U.S., where it is 33 percent. But it is still substantial if we calculate how much women lose out in terms of earnings over a 40-year period—the most productive period of our lives. AWARE has calculated this gap to be a staggering $640,000.

Separately, what troubles me is that, contrary to what one may expect, as women go up the career ladder, the gender pay gap actually increases. Company directors in Singapore face a 43 percent gender wage gap—that’s astounding!

If we dissect the gender pay gap more, we see that in sectors traditionally associated with women—such as health, social services and education—the gap is even higher than the average. What this shows us is that as a society, we are either intentionally or unintentionally devaluing women’s labor.

And finally, we see that women tend to be overrepresented in lower-paying jobs, such as cleaners. It is sometimes assumed that women are choosing these jobs, and there is a grain of truth there, but the question overlooks the structural conditions that are pushing women to choose these jobs in the first place. It’s not that women don’t want money; these jobs just provide a certain kind of temporal flexibility that allows them to balance caregiving responsibilities with work.

Caregiving responsibilities have traditionally been seen as a woman’s role, and that is very problematic. We are not recognizing the fact that women are performing this double shift.

BRINK Asia: What can Singapore learn from others?

Ms. Hingorani: In terms of the gender pay gap and unpaid and invisible work, I think Singapore can do more to encourage equal pay for equal work. There are a number of places where legislation requires companies to offer equal pay for equal work across all sectors. In some countries, there is legal protection that specifically says women cannot be discriminated against or that discrimination on the basis of sex or gender is disallowed. Those laws help women participate in the labor force on a much surer footing.

Separately, a number of countries have done a marvelous job in normalizing flexible working options. I think it’s very important to give a degree of comfort to working women, as it helps working caregivers avoid the conflicts they face in trying to balance their careers with responsibilities at home. Flexible work arrangements are being offered by some companies, but that’s not enough. We need to get senior management to role-model actually adopting these arrangements, because there is still a stigma attached to it, in terms of what flexible work may do to their careers if it is seen as a lack of commitment.

Other countries have also spent a lot of time and resources refashioning the narrative around caregiving and the role of men. We need to start a conversation around what role men can play in caregiving. Until this happens, women will not be able to participate in the labor force on an equal footing.

BRINK Asia: How can the Singapore government address this imbalance in caregiving?

Ms. Hingorani: Obviously, one straightforward way is to increase public spending on our long-term care infrastructure. We need to redistribute caregiving responsibilities not only within households, but also between communities and the families. Therefore, the more professionalized services we have, and the easier it is for families to access them, the easier it will be for women to join the labor force.

AWARE has been recommending the expansion of current leave options in Singapore. Parents right now get child care leave, and some companies offer family-care leave, but that is not common practice yet. Unless companies can proactively offer family-care leave that employees can use either for their children or for their elderly parents, we will continue to discriminate against those who have elderly caregiving responsibilities. AWARE is, therefore, calling for a conversion of child care leave, which is six days at the moment, to family-care leave; and we’re calling for an increase to 10 days every year. This leave could be used either for children or any other dependent.

BRINK Asia: What role does the private sector have to play?

Ms. Hingorani: I think the government’s approach to enlisting the support of the private sector has been the provision of financial incentives. For example, there’s something called the Special Employment Credit available to employers when they employ older workers. If that kind of financial incentive is also available to the private sector to hire more caregivers, that could be one way to go.

But I think going beyond that, if companies were to offer more flexible working arrangements, they would be able to employ more caregivers, and there is a good economic case for doing that. Additionally, they could help ease the transition of mothers back into the workplace and offer trainings to employees, managers and HR professionals. It is important for the private sector to challenge various conscious and unconscious biases that exist, particularly when it comes to evaluating the performance of female employees or when recruiting women.

BRINK Asia: In your view, what is the biggest obstacle in addressing the gender disparity we see in Singapore today?

Ms. Hingorani: At the risk of sounding like a broken record, I’ll say it is the unequal sharing of unpaid work. It is a fact that caregiving family responsibilities have traditionally been seen as a woman’s role, and that is very problematic, because we are not recognizing the fact that women are performing this double shift. Women are expected to go out and make a living and then come back and spend another eight or nine hours doing more work at home. Unfortunately, unlike a lot of countries in Asia, Singapore does not have any surveys to show the extra time that women are spending working at home. But Asia as a whole is notorious in terms of the amount of time women are expected to spend outside of their work lives making sure their households are running smoothly. This impacts their current and future earning potential. In terms of current impact, you have a loss in income for stepping out of the workforce. You also have a loss in terms of career progression because if you’re taking frequent breaks, then you aren’t able to achieve the same level of success as your male counterparts.

And very importantly, it also has an impact on women’s future, because we have CPF (Central Provident Fund) here in Singapore, which is tied to an individual’s employment. If women are taking frequent breaks from work, it has a natural impact on CPF savings. The difference in CPF balances between men and women has come down in recent years, but still stands at 11 percent. That is a lot. And given that women tend to live longer, they need more and not less return on savings. Which is why I think caregiving is the biggest obstacle we are facing in addressing gender disparity in Singapore and across Asia. To address this, we must move away from the “primary breadwinner” model.

Head of Advocacy, Research, and Communications at AWARE (the Association of Women for Action and Research) 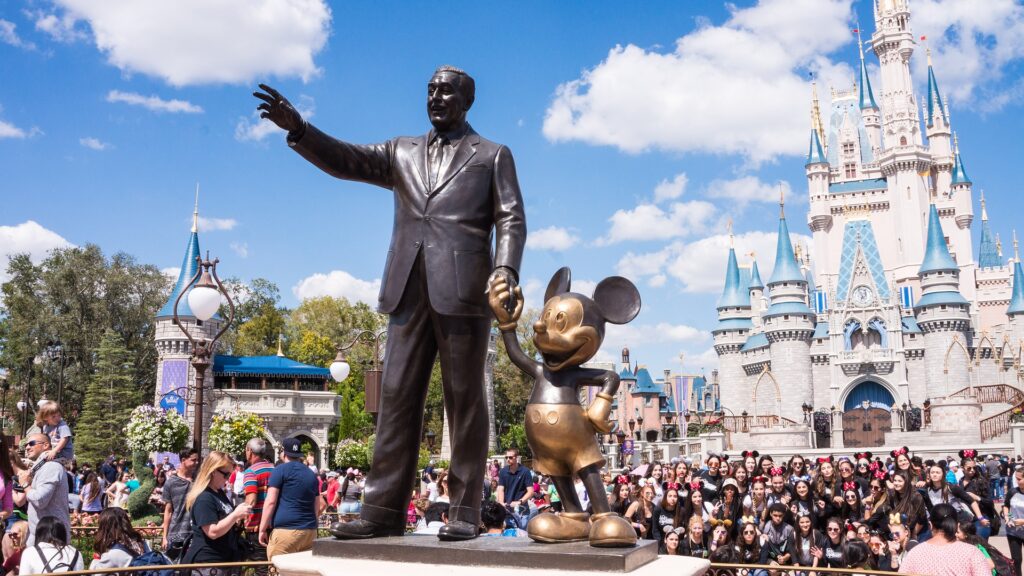 Olivier Meier Principal in Mercer's Mobility Practice
URL: https://www.brinknews.com/how-is-caregiving-holding-women-back/
Get ahead in a rapidly changing world. Sign up for our daily newsletter. Subscribe
​​