How Should a CEO Use Social Media?

September 24, 2019 An interview with
Damian Corbet
Author of "The Social CEO, How Social Media Can Make You A Stronger Leader" 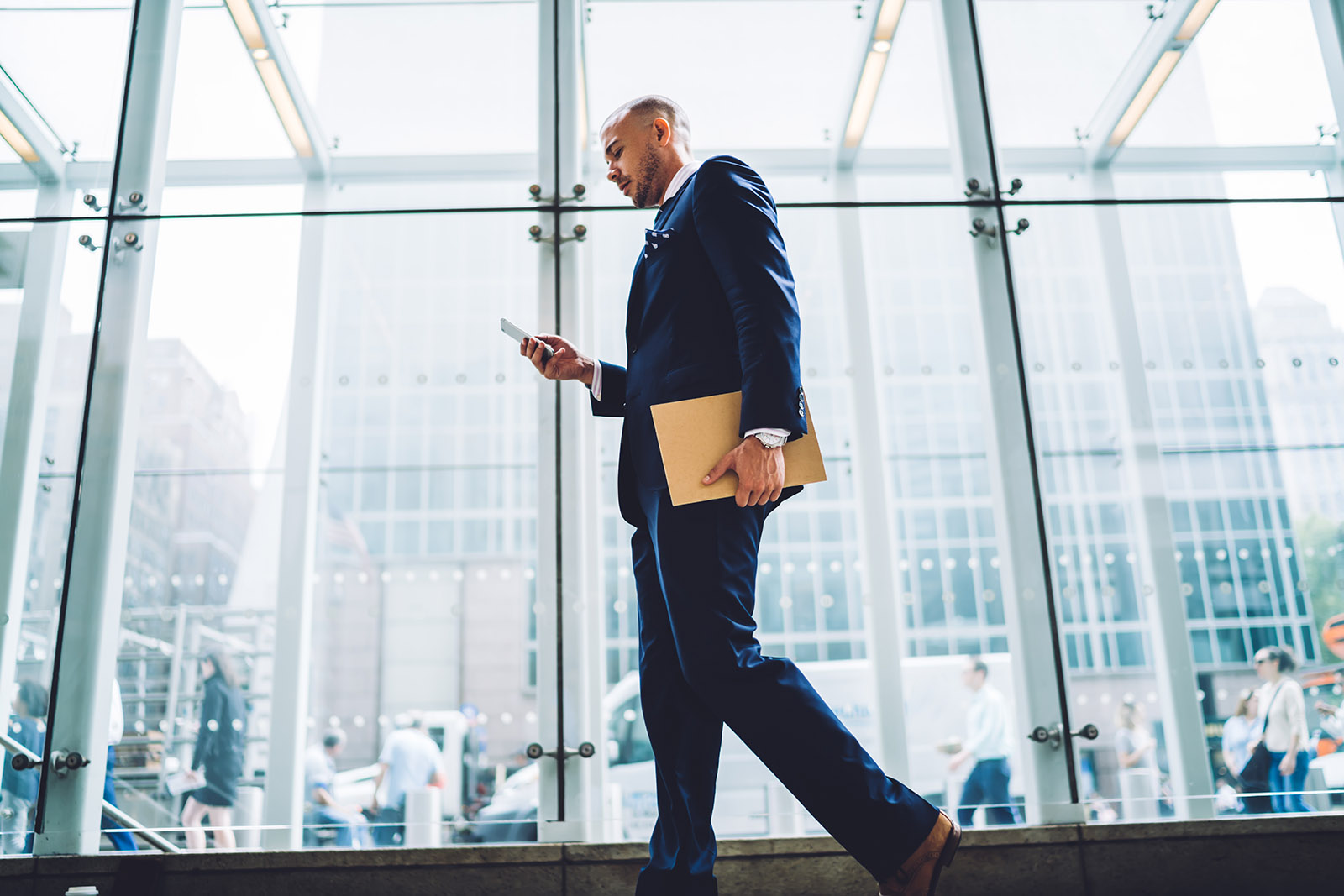 A person on their phone in the office. The C-suite should embrace social media, argues Damian Corbet, author of a new book called The Social CEO: How Social Media Can Make You A Stronger Leader.

Many CEOs are nervous about the attention that social media can bring, while others see it as a powerful tool. Social media consultant and founder of The Social C-Suite, Damian Corbet is the author of a new book called The Social CEO: How Social Media Can Make You A Stronger Leader. In it, he discusses the relationship between the C-suite and social media.

BRINK’s executive editor, Tom Carver, asks him why he thinks some CEOs have been slow to adapt to the social media age.

Damian Corbet: The main reason they’ve been slow to adapt is probably fear — or a combination of fear and misunderstanding about what social media entails. A lot of them come from a school of thought where being a CEO or being in a senior leadership role requires a certain level of grandeur or gravitas. Social media exposes people to the outside world. To suddenly be open to questions from anybody, in any way, at any time, is quite a scary prospect.

Tom Carver: You’ve coined the term “social CEO.” How do you define that person? What kind of characteristics would that sort of CEO have?

Mr. Corbet: Transparency is one of the key characteristics of a social CEO. Also honesty, humility, openness, fearlessness and a willingness to engage are important. And this all starts with the right mindset — one that sees social media not as a challenge, but as a great opportunity.

For the CEOs who contributed chapters to the book, being transparent and open is part of their leadership style. Social media allows that: It gives leaders the chance to show open leadership, a type of leadership that is prepared to engage with stakeholders, with customers, with partners — and also internally with employees. That last aspect is very important and easily overlooked.

Social leadership also demonstrates trustworthiness. It shows that the leaders — and, by extension, their organizations — are trustworthy.

Mr. Carver: I can imagine CEOs reading this and thinking: “That’s great, we all want to be transparent,” but there’s the risk that being on social media could open them up to liability if they say something that impacts the share price.

Mr. Corbet: Absolutely. If you’re working for a publicly listed company with shareholders, you have to be careful of what you say and when. And I don’t think shooting from the hip is ever a good idea for a leader.

Mr. Carver: But doesn’t that conflict with being transparent?

Mr. Corbet: Not really. It’s about finding the right balance and being sensible. It’s more about showing your persona as a leader. Talking about how you view certain issues. So yes, it’s a fine line, but you can do it. It’s not impossible to be open and transparent on social media while still sticking to the rules, so to speak.

A social CEO is one who has, metaphorically, moved from the corner office to the lobby. They see customers, employees and competitors come and go; hear their gripes, their needs, their aspirations.

Mr. Carver: Another aspect of social media is that it can be very time consuming. Do you have any tips for busy CEOs and how to manage that?

Mr. Corbet: That it’s time consuming is one of the misconceptions. I’ve spoken to over 30 CEOs for the book and my blog, and most of them might spend 15 minutes or up to half an hour a day on social media, often spread over several times of the day. Some choose to spend much longer. Brett Gosper, the CEO of World Rugby, for example, spends at least an hour a day on it, but he chooses to do that — he sees social media interaction as an integral part of his job. He is probably the exception, though.

So, for example, if a CEO wants to keep their finger on the pulse of what’s going on in their industry, they can set up a Twitter list, with key players or influencers in their industry. This means they don’t need to look at their full Twitter stream of who they are following — they can simply view the list, which can be set to private, and see what’s being shared in real time. This is a great way to keep their finger on the pulse of their industry. They can then pop back and view it later in the day to see what’s new.

Social media really doesn’t have to be time consuming. If managed properly, it can be done in half an hour a day or less.

Mr. Corbet: It’s really up to the individual. I don’t think anybody should be expected to share their private life on social media. Some do. Jack Salzwedel is the CEO of American Family Insurance, and he shares selfies at sports events, for example. Ryan Holmes, the CEO of Hootsuite, shares pictures of his family.

It’s really down to the individual and how they want to portray themselves and, by extension, their organization. I don’t think people should feel compelled to do that, though. It does help to show the human side, but if it’s forced, it’ll come across as a bit disingenuous. I know a lot of CEOs who are happy to talk about their life, talk about their dog or what they did over the weekend. But if you’re not comfortable doing that, just stick to work topics. That’s absolutely fine.

Mr. Carver: Do you find that some sectors of industry are more enthused about it than others?

Mr. Corbet: Absolutely. I’ve noticed that the nonprofit sector is one where a lot of CEOs seem to be embracing social media. It makes sense because it’s about fundraising. It’s about raising the profile. So a lot of the CEOs are the chief cheerleaders for their organizations.

A CEO of one of the leading bowel cancer charities in the U.K., Deborah Alsina, (who has now moved to another charity), was very active on social media — particularly Twitter. She would tweet multiple times a day about new research, about patients that she’d met, about things that were happening in the organization and new initiatives. For her, it was more than just promoting her organization — it was about raising awareness of bowel cancer more widely. No doubt she will do the same for her new organization.

There are many other sectors that are ideal for social leadership: health care, finance, sports, media, manufacturing, startups, retail — the list is almost endless. A social CEO is one who has, metaphorically, moved from the corner office into the lobby. By relocating, they can now see customers, partners, supporters, employees and competitors come and go; hear their conversations, their gripes, their needs, their aspirations.

You don’t get that kind of exposure if you’re locked away from the real world with an executive assistant guarding the door and your email. Not enough leaders understand this. Too many still close the door, assuming, because of their position of authority, that they’re somehow unique, that their ideas are more valid than anyone else’s. They work harder, for longer hours, so they know best. Not in the social age. Today’s most effective leaders have a different mindset. They are open, authentic, humble and brave — and they engage honestly and openly.

Author of "The Social CEO, How Social Media Can Make You A Stronger Leader"