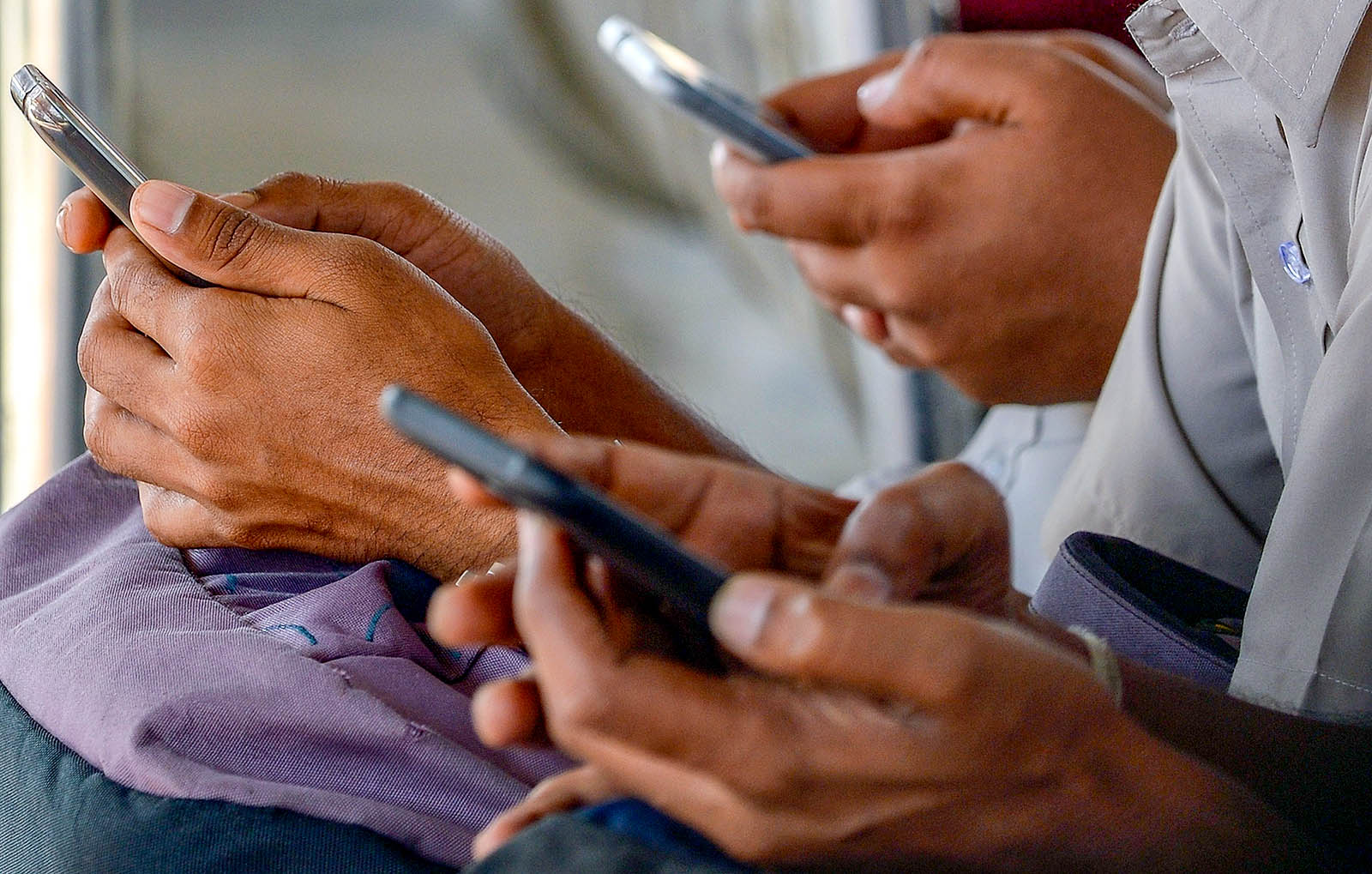 Consumers check their mobile telephones at a free Wi-Fi zone in Mumbai. Internet access is a key indicator of an economy’s readiness to adapt to technological change—and Asia is working to overcome substantial digital gaps.

Technology is evolving at a brisk pace, and coupled with innovation, new possibilities keep emerging. An increasingly global world has enabled effective sharing of ideas, and digital disruption is here to stay.

It is imperative for governments, businesses and individuals alike to be adequately prepared for digital disruption, according to a recent report by The Economist Intelligence Unit. While a few Asian economies fare particularly well on this metric, the digital divide in the region is vast, with many developing economies at risk of not being able to catch up.

Internet access is a key indicator of an economy’s readiness to adapt to technological change. Internet penetration rates are high in developed countries, and this has been directly proportional to business opportunities. Likewise, lower penetration rates were associated with constrained business opportunities. Country rankings were based on two indicators, namely, the level of Internet use by its population and the number of per capita mobile phone subscriptions.

Level of Internet use. It was estimated that by 2017, almost 50 percent of the global population enjoyed Internet access, and this is expected to rise to 75 percent by 2022. Among developing countries, India fares particularly well, with almost 80 percent of Internet users accessing the Internet via mobile phones due to the availability of competitive mobile broadband packages, and this trend is expected to continue. Other Asian countries such as the Philippines and Malaysia are also expected to witness significant increases in Internet use over the next five years.

Exhibit 1: Internet Users as a Percentage of Total Population

Mobile phone subscriptions. Cell service subscriptions are a complementary indicator in gauging ease of Internet access and household demand for connectivity. Subsequently, it indicates a country’s ability to adopt and embed new technologies.

The average per capita mobile phone subscription has registered a steady increase over the past decade. Hong Kong has assumed leadership, with a lofty 2.3 subscriptions per person. Mobile phone subscriptions are expected to grow at a steady pace in the 2018-2022 period, with operators in several markets struggling to upgrade mobile broadband data infrastructure to respond to consumer demand. “Mobile payment systems are growing in sophistication and functionality, opening up commercial opportunities even in countries where broadband subscriptions remain low. Meanwhile, mobile applications, for instance in the fields of health care and education, are increasingly becoming tools to support human capital development in emerging markets,” the report says.

Currently, the digital economy has transformed daily activities such as work, shopping, communicating, reading the news or even paying taxes, and these time savings have resulted in higher efficiency. This was made possible by an e-commerce and e-government infrastructure. The health of a country’s digital economy infrastructure can be gauged on the basis of three indicators: the e-commerce business environment, the scope of e-government services, and cybersecurity preparedness.

E-government services. These services stand to benefit both government and citizens alike as they are cost-effective, reduce opportunities for corruption and help build transparency and trust toward the government. On this front, Australia and Singapore score better than most other developed nations, followed by New Zealand, South Korea and Japan. Several countries in the Asia-Pacific region, including Malaysia and Sri Lanka, are prioritizing a strong e-government strategy to contain corruption. The report points out that “One of the main drivers of e-government strategies, for instance in the Asia-Pacific region, is the desire to reduce corruption.”

Cybersecurity preparedness. 2017 witnessed a major rise in disruptive cyberattacks. Governments and business organizations have therefore incorporated defense strategies to mitigate the growing frequency and severity of cyberattacks. Currently, Taiwan is the global leader in this regard, while Singapore, Malaysia, Australia and Japan also scored highly among Asia-Pacific countries.

“Openness to innovation” is a measure of how easy it is to develop and implement new ideas. The report states that, “If there is funding available to help researchers to explore innovations, and if infrastructure is in place to help firms to adopt new technologies, then the business environment will appear more attractive to forward-looking companies. In turn, too, openness to innovation can influence consumers’ expectations and boost productivity—a key driver of long-term economic growth.” Openness to innovation is gauged using three performance indicators: internationally granted patents, R&D spending and research infrastructure.

Patents. Patents are an effective measure of a country’s innovative capabilities. The U.S., Japan, Germany and South Korea were strong performers, according to the report. China ranked seventh, and its patent applications have witnessed a surge on account of higher domestic patent filings. However, the report points out that patented innovations alone cannot boost productive capacity or instill an innovative business culture unless they are put to use effectively.

Research infrastructure. This measure is based on indicators such as quality of a country’s research institutions, the strength of university-industry links and the government’s support of innovative firms. Innovation clusters are one example of an effective research infrastructure. For instance, the report finds that “innovation clusters such as Singapore that have closely linked businesses, suppliers, financing and research institutions all in one place punch far above their weight.” In the research infrastructure metric, OECD countries take the top positions. However, emerging economies are catching up, with cities in China and India making significant strides. Indonesia is also expected to improve in this metric in the coming years.

Finland and Sweden lead globally in terms of technological readiness. They are followed by a few countries in Western Europe and the advanced economies of Asia-Pacific. However, it is expected that in the period between 2018 and 2022, governments from poorly performing Asian countries will commit investments toward improving their technological readiness. Countries such as Vietnam, Sri Lanka and Indonesia are expected to witness substantial improvements.