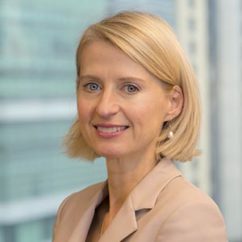 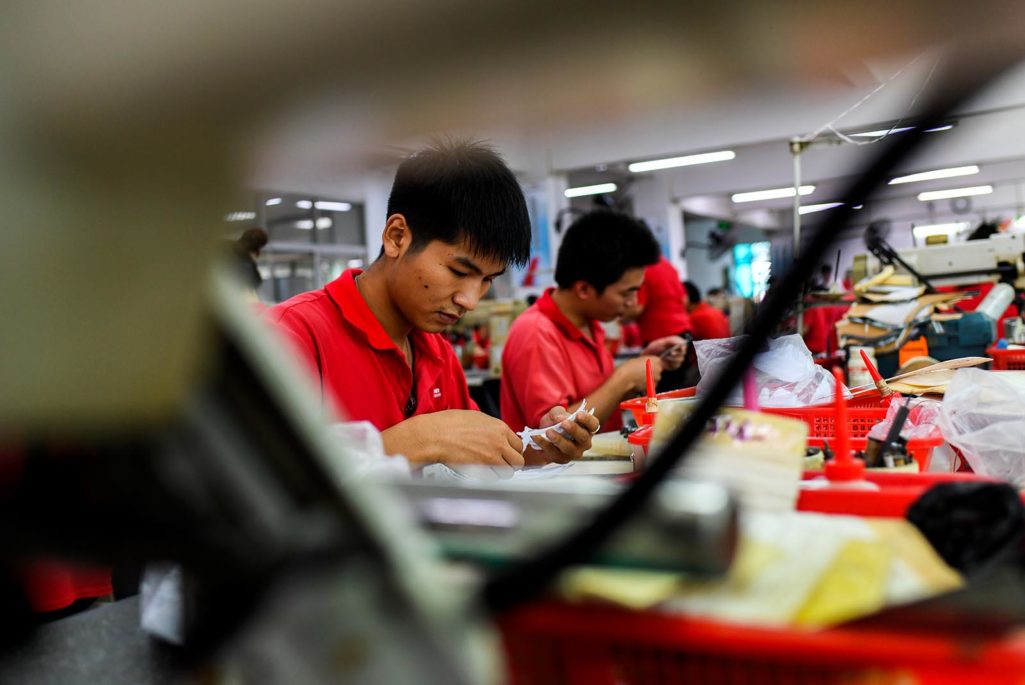 Workers check materials at a factory in Dongguan, in China's southern Guangdong province.

The nature of work in Asia and the Pacific has changed dramatically in recent decades. Labor market shifts have transformed societies, and rapid economic growth provides workers with better paying and more productive jobs.

But Asia’s jobs challenge is far from over. Between 2015 and 2030, the estimated size of the labor force among the Asian Development Bank’s developing member countries will increase by about 16 million per year.

Technology can help Asia overcome many of its challenges. But only if countries are well prepared for the changes it will bring to their labor markets.

Mobile Internet, advances in computing power and big data, artificial intelligence and machine learning, robotics, and nanotechnology are driving the Fourth Industrial Revolution. They will fundamentally change business models and the nature of work.

While these advances are likely to drive future prosperity, some will pose challenges for workers and societies. Less skilled workers and those with jobs involving tasks that can be automated are especially vulnerable.

The forces unleashed by the Fourth Industrial Revolution have generated a rise in less stable forms of employment. These jobs do not provide social benefits or on-the-job training, which is crucial for workers to keep pace with changing labor market demands.

First, as tempting as it may seem, introducing barriers to trade is not an option. Open markets have brought much prosperity to developing Asia. This is expected to continue, despite slowing growth of trade over the last few years.

The parts of the region that have integrated more closely with the global economy, such as East Asia and Southeast Asia, have tended to grow faster and create more decent jobs. South Asia could be next, after taking steps to improve infrastructure and streamline regulations.

Second, the solution to the technology challenge is not to stem the pace of technological change, but rather to prepare for it.

For instance, in some cases, technology will displace existing workers—a substitution effect. But even then “scale effects” may dominate. This means that even as the number of workers required to produce a given amount of output declines, a large enough increase in total production volume leads to a net increase in jobs.

If Asia prepares for the disruption of the Fourth Industrial Revolution, it could benefit from more and better jobs.

For countries in developing Asia to take full advantage of all these opportunities, they need to become more flexible in using their resources: workers, capital, and land.

Flexibility is essential, given the fast pace of technological change and the unpredictable ways in which technologies affect different markets, sectors, and firms. Regulations that prevent workers, capital, and land from being reallocated from declining industries or firms to more promising ones will only lead to wasted potential.

It is imperative that flexible labor market regulations allow firms to adjust their employment levels to match market trends, use different types of employment contracts (such as fixed-term contracts), and experiment with different working arrangements, such as remote work and telecommuting.

Workers should be protected from loss of income due to economic and health shocks and retirement. At the same time, companies should not have a hard time dismissing underperforming employees; if they do, fewer jobs will be created even during times of economic expansion.

Companies must retain the ability to make changes to their workforce, while contributing their fair share to social insurance, much like the “social security tax” already in place in many countries.

Developing Asia and Pacific countries have made impressive progress in expanding access to education. Now they need to focus on improving the quality and relevance of education and training.

Most young people new to the job market lack the particular skills to solve complex problems and think strategically. Employer surveys also report a lack of non-cognitive skills as a major shortcoming.

It’s clear that skills are paramount. To reap the full benefits of new technologies, it’s important to expand developing Asia’s skills base by improving educational systems to match skills with needs.

For instance, many future middle-skilled jobs will involve a mix of tasks, involving interpersonal interaction, problem solving, and flexibility and adaptability. That means those future workers will need not just technical skills like computer literacy, but also the solid foundational cognitive and non-cognitive skills that are best provided in primary and secondary schools.

Economies that invest in providing high-quality education combined with lifelong training will be least affected by disruptive innovations—and will be better placed to exploit them.

The Fourth Industrial Revolution is an exciting time. If we are prepared for its disruptions, it could deliver more and better jobs rather than fewer lower-quality ones.

Ingrid van Wees is responsible for the overall management of the operations of the Office of Risk Management, the Controller’s Department, and the Treasury Department. Prior to this, she was a senior official at the German Investment and Development Corporation (DEG), where her portfolio covered debt, equity and fund investments in Europe, the Middle East, and Asia.