World Must Prepare to Support More People With Fewer Workers 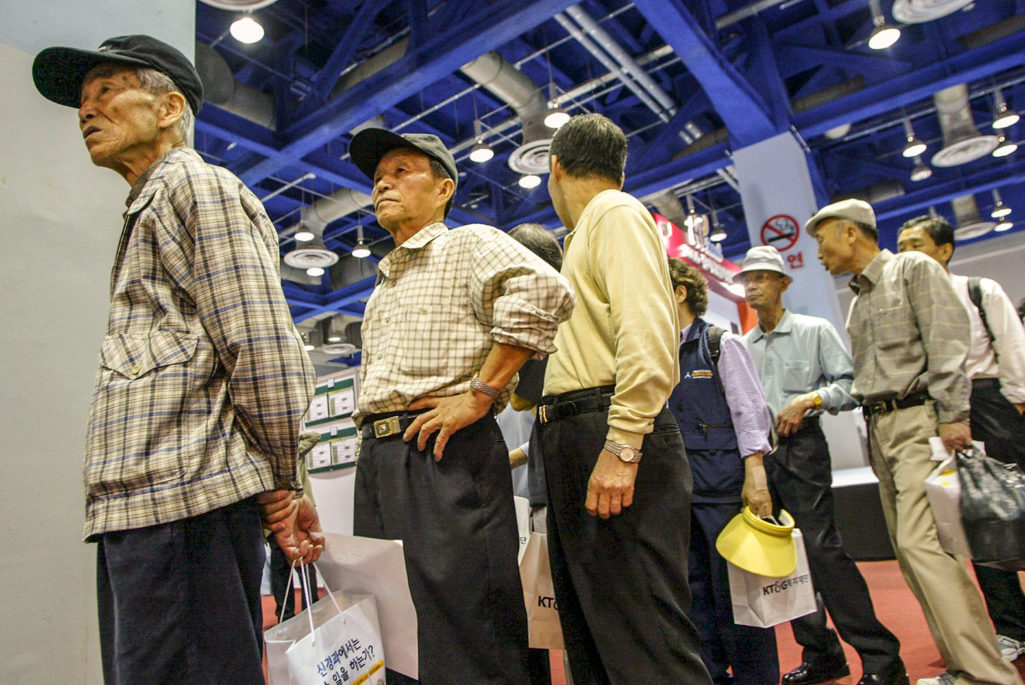 Elderly South Korean job seekers line up for interview during a job fair in Seoul, South Korea. When the percentage of those aged 65 or older to the total population is greater than 7%, the population is called an Aging Society. South Korea has the world's fastest aging population.

Countries worldwide should prepare for an increasing ratio of non-working age adults compared to working-age adults over the next 50 years and beyond. The number of people 65 and older per every 100 individuals between the ages of 20 and 64 is expected to increase globally and across all regions, according to new United Nations data.

The 2015 Revision of World Population Prospects expects that businesses and governments will increasingly operate in a world in which more non-working individuals rely on healthcare, social programs, infrastructure and other services with fewer working individuals paying taxes.

These numbers figure into the Potential Support Ratio (PSR), or the number of workers per retiree, defined as the number of people aged 20 to 64 divided by those aged 65 or over.

African countries currently have, on average, a PSR of 21.9. Asian countries have PSR’s of 8, Latin American and the Caribbean 7.6, Oceania 4.8 and Europe and North America at or under 4. By 2050 seven Asian countries, 24 European countries, and four countries of Latin America and the Caribbean are expected to have PSRs below 2. This underscores “the fiscal and political pressures that the health care systems as well as the old-age and social protection systems of many countries are likely to face in the not-too-distant future,” the report says.

Amy Gallo Contributing Editor at Harvard Business Review
URL: https://www.brinknews.com/increasingly-nations-will-support-more-people-on-fewer-workers/
Get ahead in a rapidly changing world. Sign up for our daily newsletter. Subscribe
​​