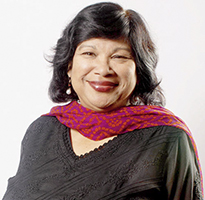 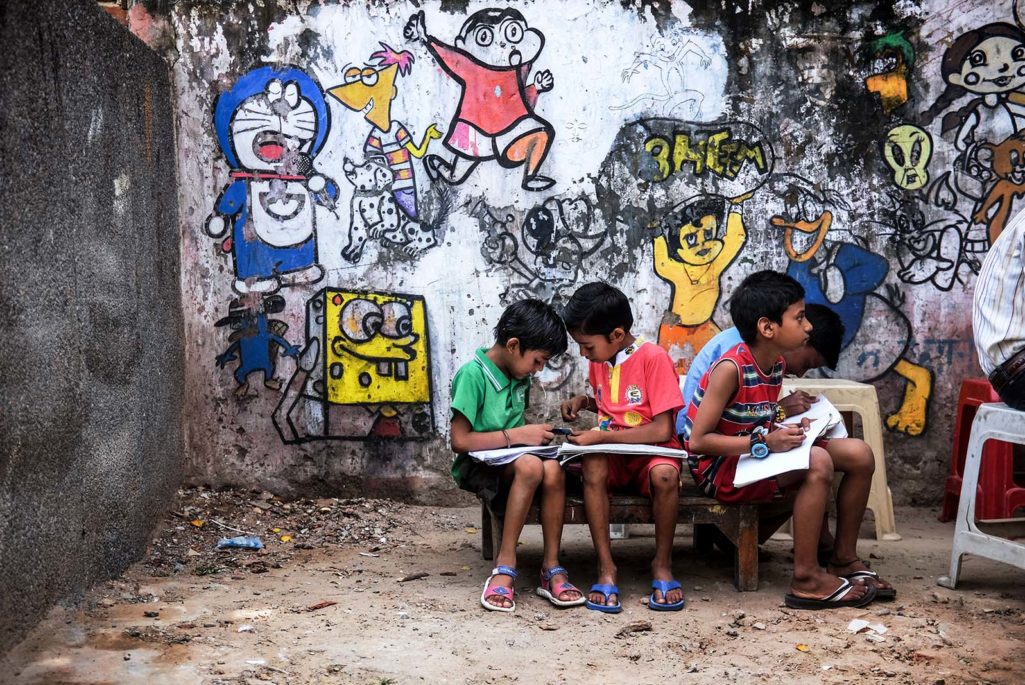 Indian students sit alongside a wall covered with paintings at an art school in Nangloi, a colony in west New Delhi. Watching over them is Rangamma Kaul, a 51-year-old teacher determined to bring art to the ramshackle colony in New Delhi's west whose families scratch a living laboring on construction sites and selling street food.

For the third year running, the World Economic Forum’s Global Risks Report 2016 has found “severe income disparity” to be one of the top global risks in the coming decade. A growing body of evidence has also demonstrated that economic inequality is associated with a range of health and social problems, such as mental illness and violent crime. This is true across both rich and poor countries. Inequality hurts everyone.

Oxfam believes that this sharp rise in inequality in many countries around the world is damaging, and that countries need to make an effort to curb it. Rising inequality will lead to slower poverty reduction, undermine the sustainability of economic growth, compound the inequalities between men and women, and drive inequalities in health, education and life chances.

India is suddenly in the news for all the wrong reasons. It is now hitting the headlines as one of the most unequal countries in the world, whether one measures inequality on the basis of income or wealth.

So how unequal is India? As the economist Branko Milanovic says: “The question is simple, the answer is not.” Based on the new India Human Development Survey (IHDS), which provides data on income inequality for the first time, India scores a level of income equality lower than Russia, the U.S., China and Brazil, and more egalitarian than only South Africa.

According to a report by the Johannesburg-based company New World Wealth, India is the second-most unequal country globally, with millionaires controlling 54 percent of its wealth. With a total individual wealth of $5,600 billion, it’s among the 10 richest countries in the world – and yet the average Indian is relatively poor.

Compare this with Japan, the most equal country in the world, where according to the report millionaires control only 22 percent of total wealth.

India is the second-most unequal country globally, with millionaires controlling 54 percent of its wealth.

In India, the richest 1 percent own 53 percent of the country’s wealth, according to the latest data from Credit Suisse. The richest 5 percent own 68.6 percent, while the top 10 percent have 76.3 percent. At the other end of the pyramid, the poorer half jostles for a mere 4.1 percent of national wealth.

What Can be Done to Reduce Inequality?

The continued rise of economic inequality in India – and around the world – is not inevitable. It is the result of policy choices. Governments can start to reduce inequality by rejecting market fundamentalism, opposing the special interests of powerful elites, and changing the rules and systems that have led to where we are today. They need to implement reforms that redistribute money and power and level the playing field.

Specifically, there are two main areas where changes to policy could boost economic equality: taxation and social spending.

Two key indicators are: how much has a government committed to spend on education, health and social protection? And how progressive are the spending levels? This chart shows the money India has spent on public services over the past eight years; the horizontal lines represent expenditure as a percentage of GDP, and vertical bars expenditure in rupees.

According to a forthcoming Oxfam report (to be published in 2017), India performs relatively poorly on both counts. Its total tax effort, currently at 16.7 percent of GDP, is low (about 53 percent of its potential) and the tax structure is not very progressive since direct taxes account for only a third of total taxes. South Africa, by comparison, raises 27.4 percent of GDP as taxes, 50 percent of which are direct taxes.

When it comes to the second indicator (levels and progressivity of social-sector spending) India compares less well. Only 3 percent of GDP goes towards education and only 1.1 percent towards health. South Africa spends more than twice as much on education (6.1 percent) and more than three times as much on health (3.7 percent). While it’s assessed as more unequal than India, South Africa rates much higher than India in its commitment to reducing inequality.

The Dream of Ending Poverty

India – along with all the other countries in the world – has committed to attaining the Sustainable Development Goals by 2030, and to ending extreme poverty by that year. But unless we make an effort to first contain and then reduce the rising levels of extreme inequality, the dream of ending extreme poverty for the 300 million Indians – a quarter of the population – who live below an extremely low poverty line, will remain a pipe dream.

Nisha Agrawal is CEO of Oxfam India since 2008. She has held various positions with the World Bank, including in Washington D.C., where she was responsible for development issues in Indonesia and East Africa; Lead Economist, Poverty and Social Development Issues, Vietnam program; Country Manager, Cambodia, in charge of developing and implementing strategy and program in Cambodia.