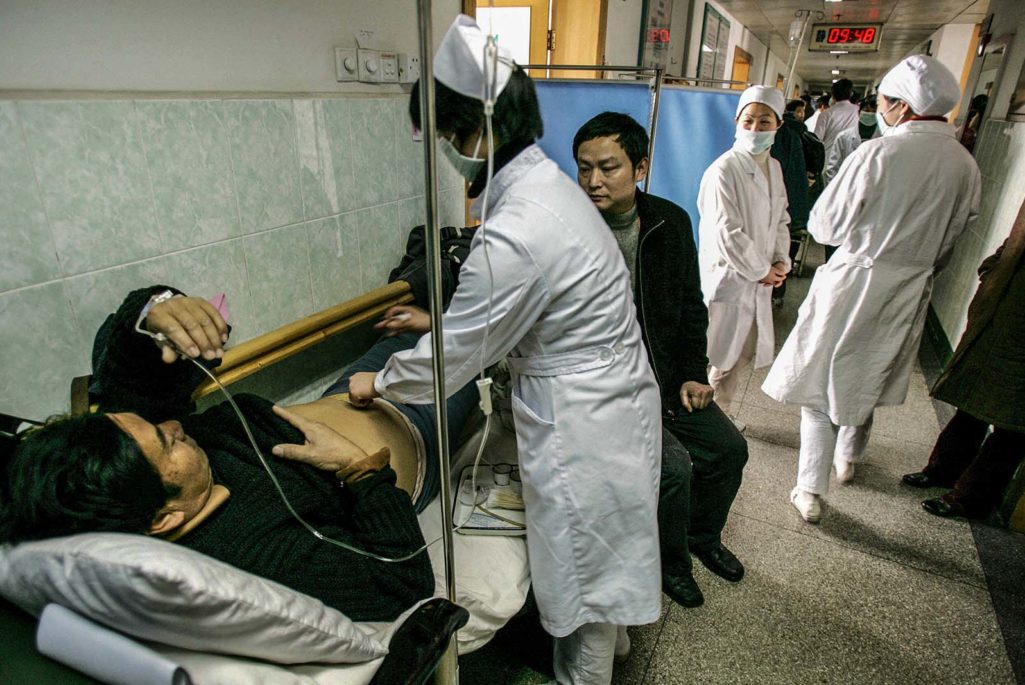 A nurse treats a patient in a hospital bed in a crowded corridor of the Anhui Provincial Hospital in Hefei, China. Significant alterations in insurance coverage have changed access to hospital care, especially in countries such as India and China.

Health care development—in terms of accessibility and health care systems—remains a major challenge across many Asian economies, according to The Economist Intelligence Unit’s Access to Healthcare in Asia-Pacific index*. Asia is a “study in contrasts,” according to the report, and is home to some of the best performing, as well as some of the most poorly performing, countries across these parameters.

Countries such as Australia (ranked 4th), Japan, Taiwan, Thailand and South Korea all feature in the global top 20, while countries such as Afghanistan and Cambodia find themselves near the bottom of the index.

The accessibility aspect of the Global Access to Healthcare Index examines how effectively access to prevention and treatment services across a set of disease areas (such as child and maternal health services, infectious diseases such as malaria, HIV/AIDS, tuberculosis and viral hepatitis, and noncommunicable diseases such as cardiovascular diseases, cancer and mental health) are addressed. The health care systems aspect, on the other hand, measures the conditions that allow for access to effective and relevant health care services (such as policy, institutions and infrastructure).

While at one end of the spectrum, Asia is home to some of the most progressive health care systems globally that rank high on the index, it also includes pockets with limited access to health care.

Access to health care in many Asian countries is commendable (and improving), but affordability mostly remains a privilege of the economically affluent—this is particularly true of South Asia. Dr. Asher Hasan, a noted U.S.-based social entrepreneur, says in the report that “accessibility is not the same as affordability. A number of emerging health systems are able to provide increased levels of ‘access,’ but their unaffordability limits the utilization of these care-delivery systems.”

Moreover, great disparities in terms of access and affordability also exist within individual countries, particularly between urban and rural areas. In Southeast Asia, delivering health care services to people dispersed across hundreds of islands or to remote areas is very challenging. Participants in a workshop at the South Asia regional conference of the World Organization of Family Doctors (WONCA) in 2016 concluded that primary health care should constitute a major part of the restructuring of health systems in the region. It was also noted that training in the community setting and regional collaboration were essential elements for success.

In this regard, Indonesia stands out in particular. Its government established Jaminan Kesehatan Nasional (JKN) in 2014, a mandatory national insurance system with the goal of providing basic health care cover to its 250 million people by 2019.

That said, the report points out that providing universal basic coverage can be extremely difficult in lower- and middle-income countries in Asia as they have a high proportion of workers in the informal sector. “For the poorest among those not in salaried employment, access to health insurance is often more fleeting, leaving many dependent on cash payments,” the report said. Significant alterations in insurance cover for the population have rapidly changed people’s access to hospital care, especially in countries such as India and China. Certain Indian states went from insurance coverage of around 3 percent to around 80 percent within a few years. Le-Nest, a community-based health care delivery model based in Shanghai, supplies trained volunteers and professionals to provide noncommunicable disease management to elderly patients, including education, physical and psychological interventions, and physical therapy and hospital-visit counseling. In India, where ambulance services were previously almost nonexistent, a local, private nonprofit partnered with a local software company and Google to develop a system with sophisticated information technology and analytics.

In terms of total health expenditure, the economic growth of China and India far outpaces their respective spending on health care systems. According to the report, countries such as Australia (4th) and Japan (8th) are in the top ten globally, and Taiwan (14th), Thailand (15th) and South Korea (16th) are amongst the top twenty. In terms of an aggregate, South Asia spent an average of just 4.4 percent of GDP on health in 2014 (up from 3.8 percent in 1995), and in the East Asia and Pacific region the figure stood at 6.9 percent of GDP in 2014 (up from 5.8 percent in 1995). These figures are well below the OECD average of 12.3 percent.

Owing to the diversity of challenges related to health care, East Asia and South Asia in particular have emerged as hubs for innovative health care solutions. Although significant progress has been recorded, countries in the region will need to find new ways of extending health care coverage in order to make care more accessible to a larger share of the population. In addition, the provision of primary care must increase, and the effective use of technology could provide much-needed leverage to fledgling health systems. It is only by maintaining a sustained effort that the region’s fastest-growing economies will succeed in improving on current levels of health care development, the report said.

Anne Toomey McKenna Visiting Professor of Law at University of Richmond School of Law
URL: https://www.brinknews.com/is-asia-pacific-healthcare-accessible-and-affordable/
Get ahead in a rapidly changing world. Sign up for our daily newsletter. Subscribe
​​