Is Student Debt Dragging Down the U.S. Economy? 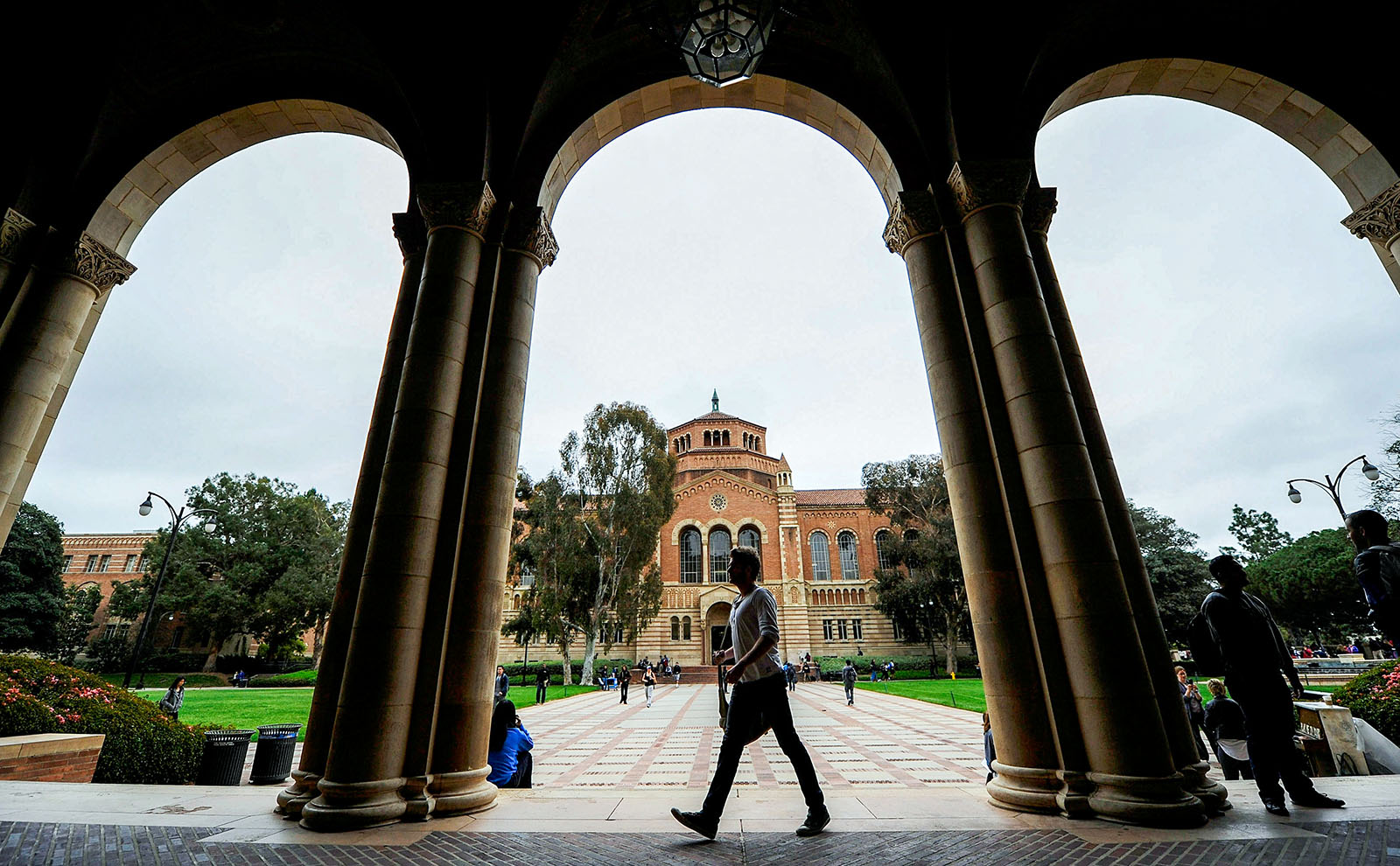 A student walks near Royce Hall on the campus of UCLA in Los Angeles, California. There is currently a sharp increase in student loan debt, which is impacting the U.S. economy immensely.

Student loan debt in the United States has more than tripled since 2014, reaching more than $1.5 trillion in 2018. As a comparison, U.S. mortgage debt was $8.8 trillion last year.

The triple impact of the Great Recession, a weak jobs market for several years, and the burden of student loan debt set many young adults up for financial failure beginning in late 2007. And since the recession, the amount of student loan debt has surpassed auto loans, credit card debt and home equity lines of credit in terms of household debt, according to the Wharton School.

The sharp increase in student loan debt is impacting the U.S. economy, delaying the timeline for young people to buy houses and start families, and disproportionately affecting groups of racial, gender and socioeconomic minorities. Many young people have to dedicate large portions of their income to student loan repayment and other bills rather than spending on goods or services, traveling, getting married or buying a house. And many within minority groups are paying student loans with additional financial challenges stacked against them.

This is weighing down the potential growth of the U.S. economy. “A lot of things are being postponed. You got what you call a crowding-out effect — people only have so much money,” says Barbara O’Neill, a professor of resource economics for Rutgers University, in an interview on student loan debt. “There’s a lot of business activity that isn’t taking place … it’s a drag on everything.” She also notes “baby boomers can’t sell houses because millennials can’t afford to buy them, that’s huge.”

Federal Reserve Chairman Jerome Powell says that “as student loans continue to grow … then it absolutely could hold back growth.” Data shows that student loan debt is already affecting the opportunities of those with loans regarding everything from paying bills to making major purchases and pursuing life milestones.

For Young Adults, Large Purchases Have to Be Put on Hold

The Wharton article cites that there are 44 million graduates with student debt, with the average loan being $37,000. A national survey of those those with student loans found that those loans have prevented people from saving for retirement, buying a home, getting married and having kids, among other things that could contribute to U.S. economic growth.

The timing of graduation can make student loan debt particularly burdensome as well. Benjamin Keys, a real estate professor specializing in household finance and debt, notes that those who graduated around the time of the Great Recession were met with a particularly complex situation: “You’re seeing delayed marriage, delayed childbearing, which are at least in part a function of the ongoing damage from the Great Recession.”

Not All Debt Is Created Equal

Student loan debt payments can also be complicated by one’s status in terms of race, gender and socioeconomic standing.

A Georgetown report called The College Payoff: Education, Occupations, Lifetime Earnings states that at the highest levels of educational attainment, African Americans and Latinos could earn nearly a million dollars less than their white and Asian counterparts over a lifetime, along with having higher levels of debt to pay off.

In a 2009 National Financial Capability Survey, Olivia S. Mitchell, business economics and public policy professor, found that 17% of African American respondents report owing student loans compared to 5% of white respondents. “Not only are students of color more likely to borrow more for a degree and borrow in higher amounts for the same degree, but they’re more likely to struggle to repay student loans than white students,” says Mark Huelsman, a senior policy analyst for Demos, in a comment to Student Loan Hero. The Georgetown study also found that “at all levels of educational attainment, women earn, on average, 25% less than men.” The study breaks down earnings by gender and level of degree: “Men with some college but no degree earn about the same as women with a bachelor’s degree,” and “women have to have a Ph.D. to make as much as men with a B.A.”

Income is also a determining factor in student debt levels. The National Financial Capability Survey found that “11% of those with under $35,000 in household income have student loans, compared to only 2% of those making $75,000 or above.” The Wharton article cites that “in 2014, 3% of Social Security recipients had their benefits checks garnished for student loan repayments.”

A report on The Macroeconomic Effects of Student Debt Cancellation argues that debt forgiveness is a way forward, with positive effects for the economy. The authors conclude that “student debt cancellation results in positive macroeconomic feedback effects as average households’ net worth and disposable income increase, driving new consumption and investment spending.”

This is because “debt cancellation lifts GDP, decreases the average unemployment rate and results in little inflationary pressure.” Changing the Face of America

Student debt loans are “changing the culture of America,” as Christopher Peterson, a University of Utah law professor and consumer finance expert, notes.

People are getting married and starting families later in life. With restricted purchasing power, many people are not able to pursue the life milestones that were previously typical for those in their 20s, like buying a car or a house, or starting a family. Some young people have also begun to question whether a university education is still a worthy investment.