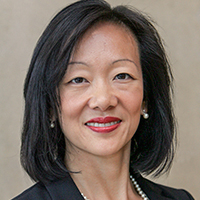 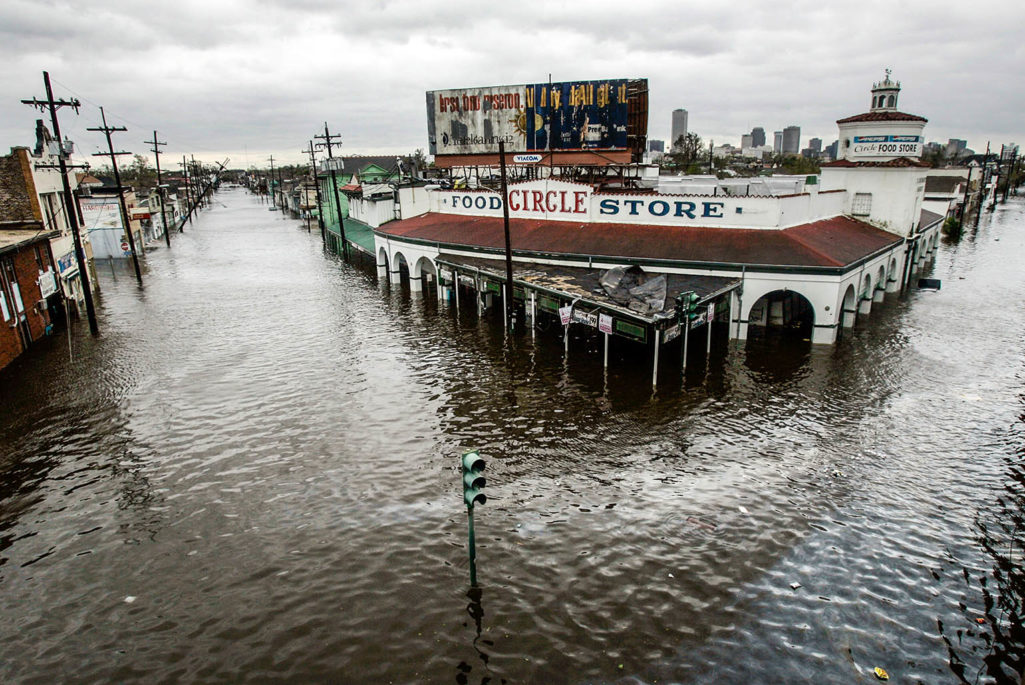 Although it’s been ten years since Hurricane Katrina, New Orleans is still struggling with the realities of economic recovery and reestablishing itself in the long wake of disaster, says Amy Liu, a senior fellow and co-director of the Metropolitan Policy Program at the Brookings Institution.

Today, poverty levels and employment challenges are just as severe as they were before the storm. However, Hurricane Katrina paved the way for new uses of big data and public-private partnerships in allocating recovery resources and developing preparedness strategies.

BRINK spoke with Liu to discuss the challenges still facing New Orleans, and what other cities can learn a decade after the costliest hurricane in U.S. history.

BRINK: A decade after Katrina, what have been some of the biggest obstacles to New Orleans’ recovery?

Liu: Even though the city made a lot of progress and the population size and economy is certainly within reach of pre-Katrina levels, the economy is sluggish and is not producing opportunities for its workers. As the population returns to the region, there is not a sufficient number of good jobs and opportunities to earn a living wage. Even as the economy has rebounded a bit, we are seeing a lot more poverty in the region today and a much larger portion of people who currently do not earn enough to support a family. Forty-one percent of the region’s population currently does not make enough to support a family, and the share of poverty is higher than pre-Katrina levels.

BRINK: What has made economic recovery so difficult for New Orleans to attain, and what can we learn from that?

Liu: I think the one lesson for all cities in the U.S. and across the world is that every single community has to manage crises. In the last ten years, this region has had to manage three major external crises: The natural disaster brought on by Katrina; the Gulf oil spill; and the arrival of a major global recession, which further complicated investment in the region. While the region is trying to rebuild from basically whole cloth, it had to manage itself through three different cycles of crises through this period of time.

BRINK: Is there a compound element at play? Did these three crises one after the other make coming out of the economic hole even harder than it would have been?

Liu: The good news about New Orleans is that Hurricane Katrina really emboldened the civic community in ways that I don’t think they were even prepared for. We had a mayor, Ray Nagin, who was a weak governmental leader, and to fill that void, there was an arrival of citizen leaders, new non-profits, and neighborhood organizations, that began to really organize and arm themselves with data and really start to make changes in the community in the absence of stronger political leadership. And that civic capacity has stayed really focused and really energized despite all these crises. In many respects, there was not a compound effect in the sense that the recession itself didn’t impact New Orleans very much. This is a region that was really buoyed by federal investment dollars that kept rebuilding activities going even during the recession.

Data is the one tool that has really helped drive recovery efforts, and it’s something recommended for all cities.

BRINK: You mentioned data, and I’m wondering how the city used data as part of its recovery and preparedness strategy moving forward.

Liu: I think data is one of the most powerful tools for shaping policymaking investments and actions. It is the one tool that has really helped drive the recovery efforts, and it is something I would certainly recommend for all cities. One of the first things Brookings did was launch something called the Katrina Index. We monitored on a monthly basis the progress of rebuilding activities from housing starts to property values to the number of families returning to job creation—as well as the status of federal rebuilding dollars. And what it showed was where there were gaps in the recovery process and where there was momentum. Over time, that sort of monthly infusion of information got people more informed and asking questions about what kind of future they wanted to build.

BRINK: Is there an aversion to data-driven decision making from municipalities, or are they comfortable and open-minded using this sort of data?

Liu: One of the success stories is that the New Orleans Data Center, which became a partner with Brookings, has gone from a fledgling non-profit to a really strong and well-supported think tank. Every city and every metropolitan area needs to have a data center that is focused on giving real-time information on the economy, on the population, and on neighborhood changes to decision makers. The data center is one of the success stories in that this is the kind of increased capacity that has formed as a result of the storm.

BRINK: What lessons can other cities learn from New Orleans with respect to disaster recovery and using data as a preparedness tool?

Liu: I think the biggest lesson is that the federal government had a playbook for emergency response after disaster, but what the federal government did not have was a playbook on recovery. We need to move from just emergency response to the hard part of rebuilding a community in the short- and long-term. The federal government, then, finally created a natural disaster recovery framework. That did not exist before, and it explains how the federal agencies now work with state and local partners to rebuild a community more resiliently. How do you rebuild the infrastructure not exactly as it was before, but in a way that’s more resilient to future disasters?

BRINK: If a disaster of this scope were to happen again today somewhere else, what would a city have to do differently than what New Orleans did ten years ago?

Liu: I hope that one of the lessons from the New Orleans experience for other cities is what not to do in terms of evacuation and relocating people to far-flung communities to find housing. What was really hard, which other people can do now because of technology, was that the city really wanted residents’ opinions on how to spend billions of federal investment dollars. They wanted citizen engagement. But they didn’t want citizen engagement just from the citizens who had resources, they wanted to make sure they had opinions and voices from residents of all income levels. But trying to find them, to reach out to them, to engage them in the recovery effort was a huge challenge. There may be technology and social media tool available today to do that better and to plan for that. I think that every post-disaster recovery effort requires planning, and the best plans for using the funds have robust citizen engagement. How do we use the tools we have today to ensure really inclusive, broad-based citizen engagement in the aftermath of a disaster?

This interview has been edited for length and clarity.

Amy Liu is a senior fellow, and co-director of the Brookings Metropolitan Policy Program. She and Bruce Katz, the Institution’s Vice President, launched the program in 1996 to provide decision-makers with the latest trends analyses, policy ideas, and on-the-ground practices to help metropolitan areas, compete and prosper. Over the years, she has worked directly with neighborhood, city, suburban, and rural leaders within metropolitan areas; and government, business and civic leaders at the regional, state, and national level to address the most pressing challenges and opportunities facing our communities.

Erin Sikorsky Director of The Center for Climate and Security and the International Military Council on Climate and Security
URL: https://www.brinknews.com/lessons-from-hurricane-katrina-point-cities-toward-successful-disaster-recovery/
Get ahead in a rapidly changing world. Sign up for our daily newsletter. Subscribe
​​