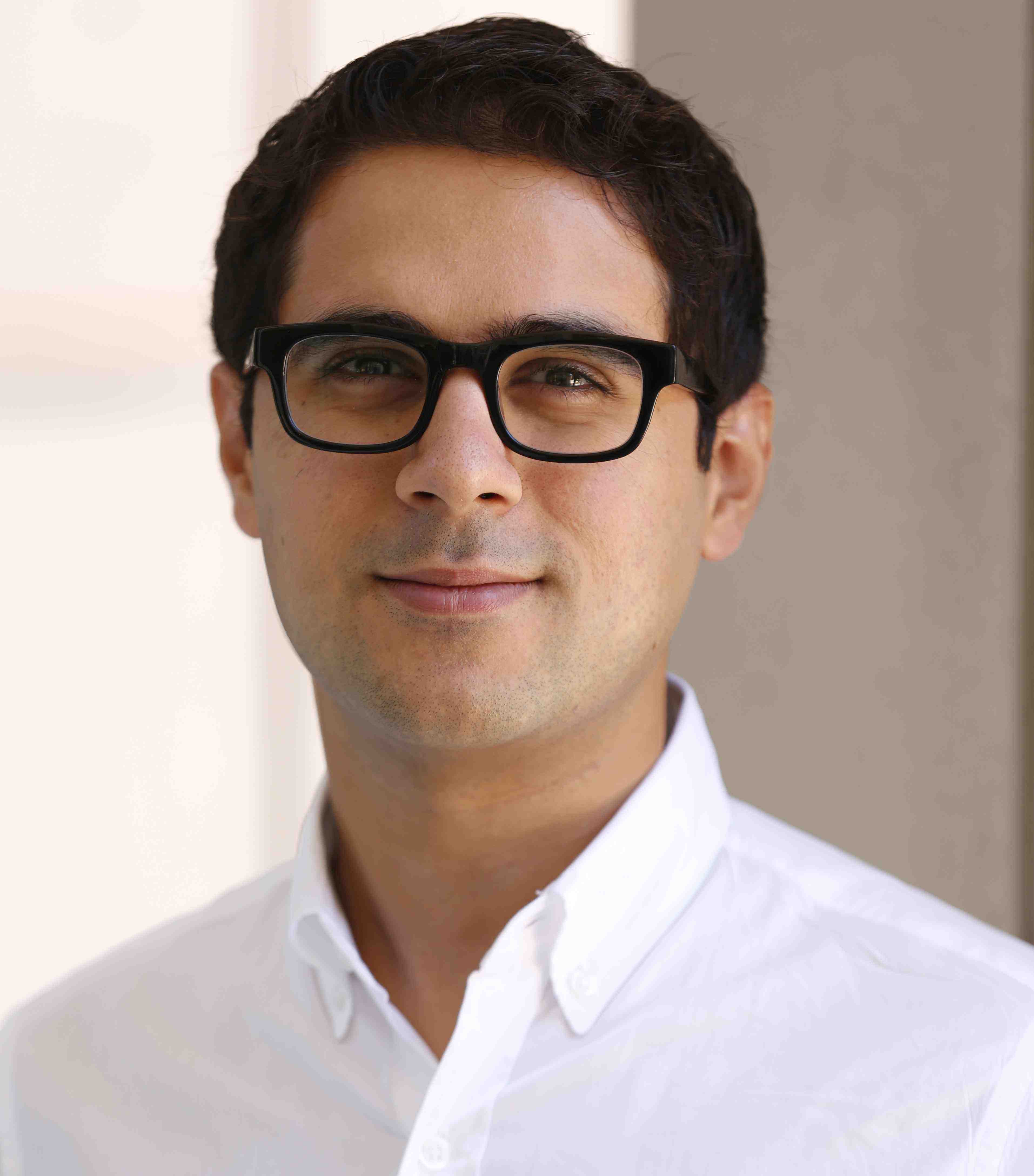 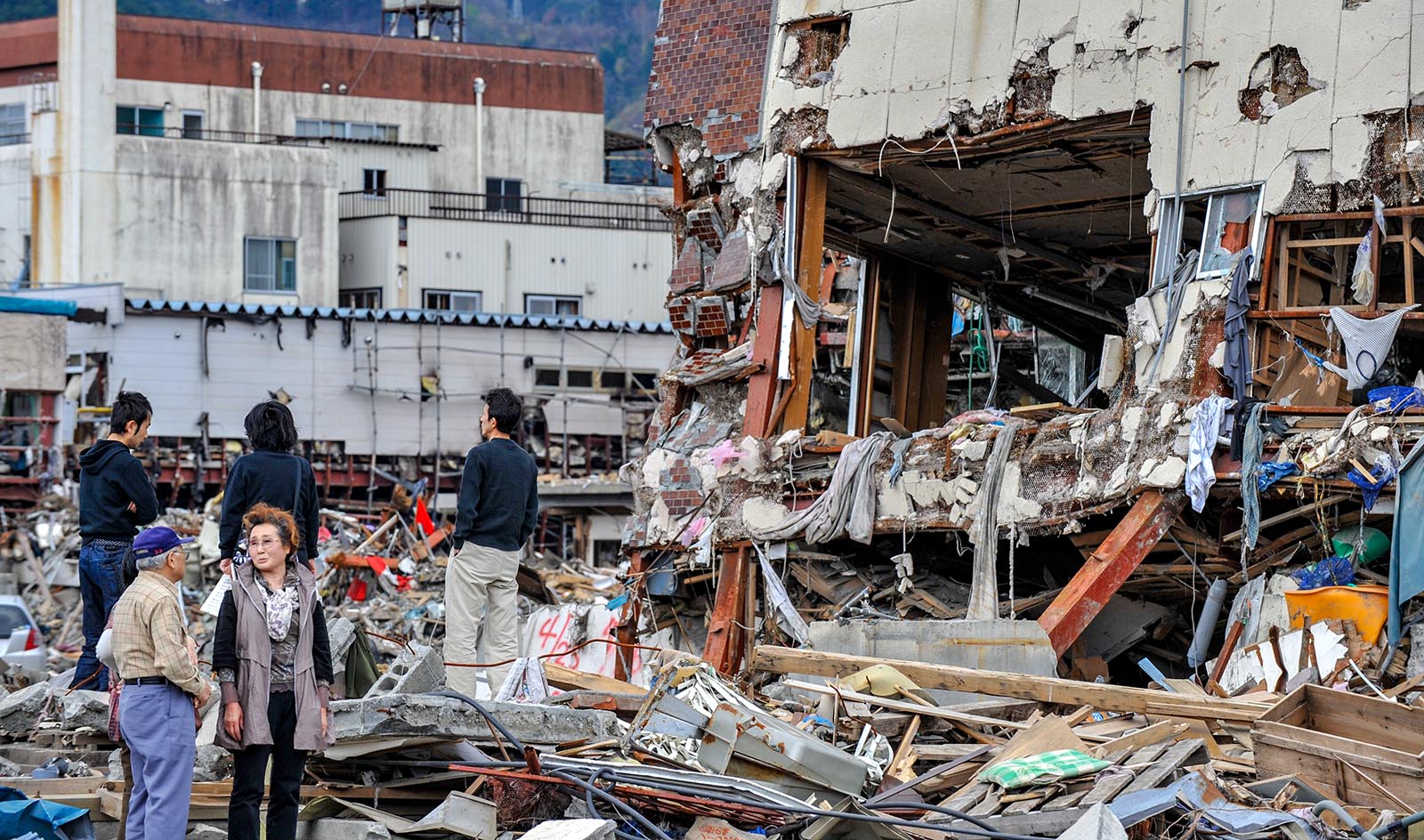 People stand in the ruins of their former homes in the devastated town of Otsuchi in Japan after an earthquake in 2011. When natural disasters strike, they can have large-scale implications for a nation’s economy beyond the immediate affected region.

The 2011 earthquake in Japan caused devastating loss of life and destruction of property. It also had an immense economic impact. Within Japan, companies as diverse as makers of cashmere scarves to auto-part manufacturers reported severe losses.

When disaster strikes, it is not surprising that a company in the affected region would experience a dramatic dip in profits. Theoretical models have suggested that an extreme shock to one firm can impact its clients and suppliers as well. A scarf-making factory hurt by the earthquake, for example, might buy fewer dyes from its suppliers or have fewer shipments to send to retailers.

These disruptions to a few businesses have microeconomic effects. But what are their large-scale implications for a nation’s economy? How far up and down a supply chain can these effects ripple out?

“If these shocks start propagating from a firm to its customers, to its customers’ customers, and so on, they may also have an aggregate effect on the entire economy,” says Alireza Tahbaz-Salehi, associate professor of managerial economics and decision sciences at the Kellogg School. “But there have been almost no empirical studies to document whether these effects exist and how big they are.”

So Mr. Tahbaz-Salehi and his colleagues set out to do so.

They found that disaster-affected firms’ connections to companies outside the regions affected by the quake had a strong effect: These links accounted for a 1.2 percent decline in Japan’s gross economic output the year after the disaster. That effect occurred even though the disaster-struck regions account for a modest amount—merely 4.7 percent—of the country’s overall output.

Knowing how a shock can spill over can help policymakers strategize better when providing financial aid for recovery, Mr. Tahbaz-Salehi says.

Assessing the Economic Impact of a Disaster

Mr. Tahbaz-Salehi teamed up with Vasco Carvalho of the University of Cambridge, Makoto Nirei of the Ministry of Finance of Japan, and Yukiko Saito of the Research Institute of Economy, Trade and Industry in Japan. Together, they built a model of supply-chain shocks and found that—in theory—a natural disaster’s effects would potentially travel up and down the chain of suppliers and customers.

Then, they used data from the credit-reporting agency Tokyo Shoko Research (TSR) in order to empirically test this model and observe how a local disaster might impact far-flung areas.

Much like S&P Global or Moody’s, TSR gathers information on approximately half of all Japanese firms across all economic sectors, including their location and profits or losses. Companies report customer and supplier relationships to the agency, which allowed the researchers to reconstruct how different businesses were linked in a supply chain.

When the quake struck, the team could see which firms had been most impacted and where their suppliers and customers were located. Then, they studied upstream and downstream firms that were outside the quake region—and thus, unlikely to have been directly affected by the disaster.

To assess the disaster’s impact on supply chains, the researchers considered pairs of firms that were of similar size, within the same industry and the same geographic location. The only difference between them was that one had a supplier in the quake-affected regions and the other did not. Then, the researchers compared how each firm performed in the year after the quake.

Understanding how a supply chain can propagate the effects of a natural disaster or other shock will help countries design more effective recovery plans.

Companies with at least one supplier affected by the quake underperformed by 2 percent compared to the ones with unaffected suppliers. When the researchers compared firms with or without quake-affected customers in a similar manner, they found that the former had a 1.2 percent decline in growth compared to the unaffected companies.

The effect was not limited to direct customers and suppliers, either.

A quake-hit firm’s second-order customers and suppliers were also affected, albeit to a lesser extent. For example, a retail outlet that purchased scarves from a distributor—effectively, a scarf company’s customer’s customer—would also be affected.

“What I found fascinating was that we could measure this at all—it wasn’t necessarily obvious that we would pick up these effects,” Mr. Tahbaz-Salehi says. “It helped that we had good data and it was a large, regional shock.”

In principle, the researchers’ analyses could extend to any other economic shock—whether a hurricane, volcanic eruption, or cyberattack. This work is a first step toward identifying and quantifying the possible impacts.

“The next step is to identify what data we need to make such analyses more relevant to real scenarios,” Mr. Tahbaz-Salehi says.

To extend their model to other sorts of disasters, researchers would need to account for nuances such as the amount of trade between two firms, trade monopolies, labor market regulations, or international trade—all of which could significantly alter the results.

“If firms can easily buy goods from similar suppliers outside of Japan, the effects might be different than if the disaster-affected firm makes something they can’t substitute,” Mr. Tahbaz-Salehi says.

Despite its broader limitations, this study “provides empirical evidence for an idea that people understood well in theory, but it wasn’t necessarily measured,” Mr. Tahbaz-Salehi says. “This shows that it’s more than just a thought exercise—if we find similar things in other countries and contexts, or with other types of disruptions, then the possibility of these spillovers is something that policymakers should think about.”

Understanding how a supply chain can propagate the effects of a natural disaster or other shock will help countries design more effective recovery plans.

If the economic effects of regional natural disasters can ripple outward to apparently unaffected areas, policymakers can account for these spillovers when distributing aid or making financial recovery plans.

The impacts may also be industry-specific, Mr. Tahbaz-Salehi points out. “Not all industries are going to be identical,” he says. “Some may actually benefit. For example, an earthquake is a boon to the construction industry.”

So if policies are being aimed at a particular firm, industry or geographical region, he says, “they should take into account these spillovers and look for implications above and beyond those specific industries.”

Previously published in Kellogg Insight. Reprinted with permission of the Kellogg School of Management.

Associate Professor of Managerial Economics and Decision Sciences at the Kellogg School of Management, Northwestern University

Alireza Tahbaz-Salehi is an associate professor of managerial economics and decision sciences at the Kellogg School of Management, Northwestern University.

Erin Sikorsky Director of The Center for Climate and Security and the International Military Council on Climate and Security
URL: https://www.brinknews.com/localized-natural-disasters-can-hurt-an-entire-countrys-economy/
Get ahead in a rapidly changing world. Sign up for our daily newsletter. Subscribe
​​