Moving Beyond CSR: The Rise of the Fourth Sector in Business 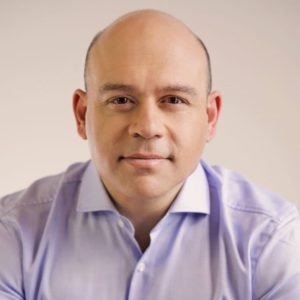 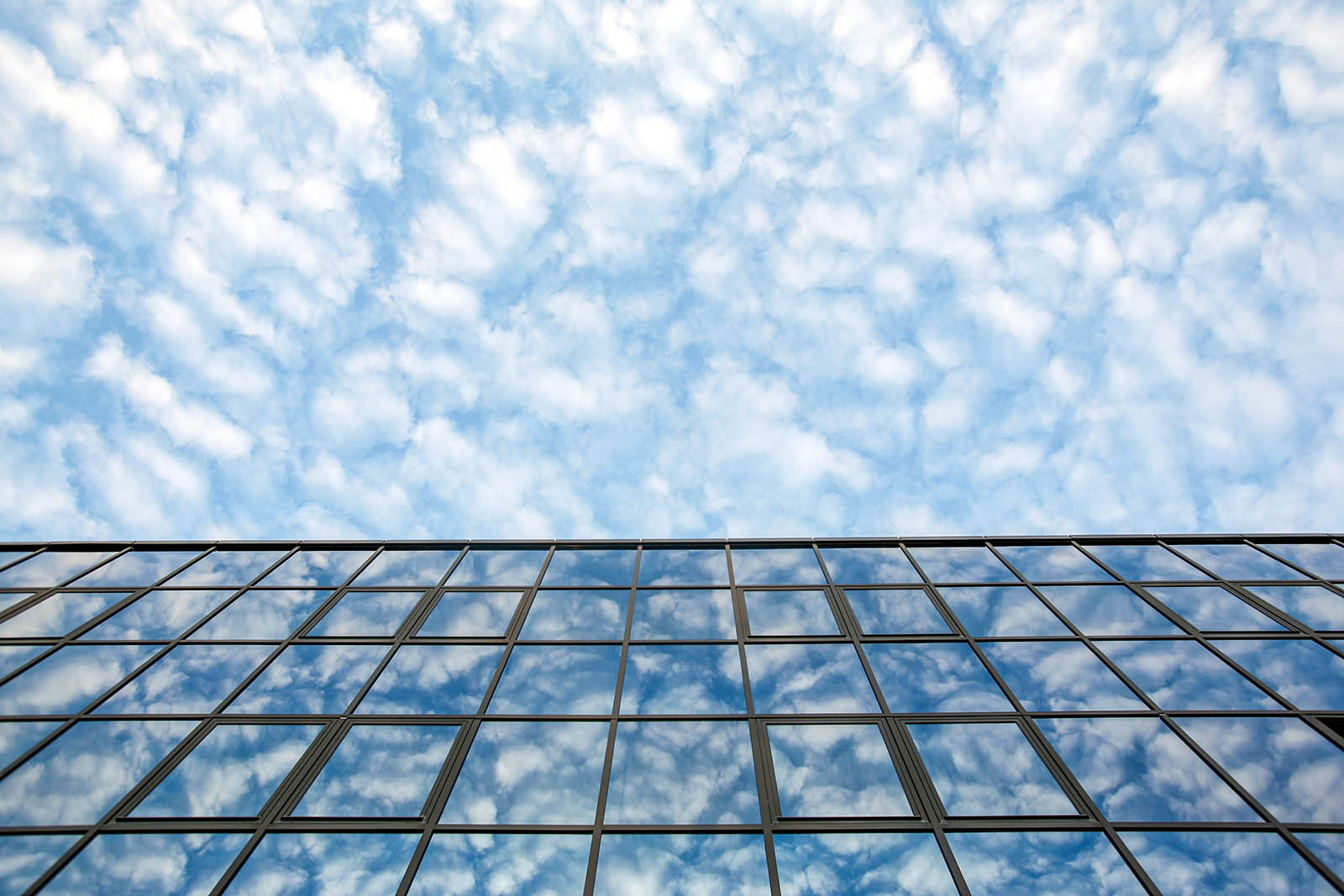 A cloudy sky is reflected in the mirrors of an office building in Pfaeffikon, Switzerland. The concept of shared value can define the future of capitalism if consumers, employees and voters make it so.

Yvon Chouinard, the founder of Patagonia, is not an archetypal corporate CEO. He had no ambition to be wealthy, or even to be involved in business. But in 2017 Mr. Chouinard made the Forbes billionaire list — and he is indeed a businessman, a highly successful one.

At age eighty, Mr. Chouinard still objects to the classification. As he writes in his book Let My People Go Surfing: The Education of a Reluctant Businessman, “I’ve been a businessman for almost sixty years. It’s as difficult for me to say those words as it is for someone to admit being an alcoholic or a lawyer. I’ve never respected the profession. It’s business that has to take the majority of the blame for being the enemy of nature.”

Mr. Chouinard is a special type of business leader today: a pioneer of a certain kind of business built around the idea of shared value.

What Is Shared Value?

The concept of shared value — as opposed to shareholder value — was first articulated in 2011 by Harvard Business School professors Michael Porter and Mark R. Kramer. The idea is that businesses must focus on creating value, not just for their shareholders but also for their employees, the communities in which they operate, society at large, and, often, for a specific cause or focus area.

The concept of shared value runs counter to the long-standing view of hard-core economic rationalists, that the fundamental purpose of a corporation is to benefit shareholders. It also goes beyond the idea that corporate value is measured primarily by ever-increasing growth in financial return.

Patagonia is not typical, but it does represent a new type of business: neither purely for-profit, nor purely not-for-profit, but rather a blend. The World Economic Forum calls this emerging kind of entity, which is neither a for-profit business, nor a nonprofit organization, nor a government, the “fourth sector.”

The concept of shared value — even with its challenges — can define the future of capitalism if we as consumers, employees and voters make it so. In years to come, companies will, of course, still do their best to make profits, but they may be able to do so with a new ethos that goes beyond the laws and rules that regulate industrial and business practices today.

Earning a Social License to Operate

A business is prohibited by law, for example, from employing children or dumping toxic chemicals in the river. But government regulations are only one of a set of parameters that businesses need to pay attention to. They also need to earn their “social license” to operate, by benefiting employees, community and society. If the company fails to do so, it can be compelled to improve, or be punished, or even be put out of business.

Companies like Patagonia enjoy some advantages that make emulation difficult. First, Patagonia is a private company, wholly owned by Mr. Chouinard himself. He is not interested in growth for its own sake and does not have to answer to Wall Street analysts and shareholders, who would almost certainly push the company for ever-larger returns. Patagonia also operates in a niche market and sells high-margin products, so it has significant profit to invest in its social causes.

But the success of these kinds of companies demonstrates just how important social good is to today’s consumers — especially younger ones. Consumers care deeply if a brand is known for taking good care of its employees or is a conscientious steward of the environment.

Nielsen’s 2015 survey on corporate citizenship showed that 66% of all consumers — and 73% of millennials — said they would pay more for products from a company known for sustainability.

Big, publicly traded companies are well-aware of this trend and seek to proclaim their commitments to social good. The Governance & Accountability Institute reports that, in 2017, 85% of companies in the S&P 500 published some kind of statement with the purpose of showcasing the company’s environmental stewardship and social commitment. Just five years earlier, only 20% of those companies issued such a report.

In an era when talent matters more than ever, companies that don’t transition into fourth-sector businesses are likely to find it harder and harder to compete.

This virtuous cycle — activists calling out bad behavior, consumers pushing up the norms of good corporate behavior, and good corporate citizens realizing that behaving well is actually better for business — is what will ultimately lead corporations toward a kind of shared-value business.

Still, there is a long way to go. Though consumers care more about whether the brands they use are ethical, the lack of standardized oversight and metrics to measure how much good a company actually does still makes it relatively easy to reap the benefits of appearing to do good without actually following up on promises. What’s more, there remain plenty of major corporations focused primarily on, or only on, shareholder value.

One consequence of businesses becoming more socially responsible is that they are increasingly moving into the development sector and applying market mechanisms to traditional aid efforts to achieve better results.

Jehiel Oliver is an American who started out in investment banking in the United States but soon got bored. He learned that Nigeria has one of the largest inventories of uncultivated land in the world and that most of Nigeria’s poor eke out a living through subsistence farming. They work with hand tools to till and sow their fields because they can’t afford to buy tractors. On the other hand, there are some farmers who do own tractors, but don’t use them full time. They may still be paying off a loan they used to buy one, which cuts into their profitability. Further, there are businesses that manage fleets of rental tractors, and they need better management tools to increase tractor use and reduce idle time.

So in 2014, Mr. Oliver developed an app based on the Uber model — but rather than scheduling car rides, it enables the tractor sharing. Today, three-quarters of all new tractors sold in Nigeria use his technology, and the company has expanded into five African countries. This is one example of a surge of such social enterprises founded by innovative and energetic social entrepreneurs aiming to contribute solutions to the world’s most pressing problems.

They may be nonprofit or for-profit, but they all use market mechanisms and new technologies like remote sensing and artificial intelligence.

What does it take to move from a traditional business model to business with impact? Data. Companies have to have the ability to measure their environmental, social and governance impact and report it.

They can agree to use standard metrics, such as those developed by the Global Reporting Initiative, an international standards organization. Its metrics are used by businesses and governments to assess and report on activities related to such issues as climate change, human rights, governance and social well-being.

Today, 93% of the biggest 250 corporations in the world report on their sustainability, and 43% report on how their corporate responsibility activities advance the Sustainable Development Goals.

Equipped with this kind of information and consistency of data, along with transparency, people will be able to evaluate companies and their records on social good. They’ll be able to make smart decisions about which products to purchase, which companies to invest in, and which social enterprises to support.

Raj Kumar is the founding president and editor-in-chief of Devex, a news website covering global development. He is the author of the new book The Business of Changing the World: How Billionaires, Tech Disrupters, and Social Entrepreneurs are Transforming the Global Aid Industry. The book was selected by the World Economic Forum as its book-of-the-month for June 2019.