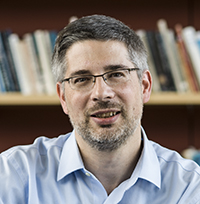 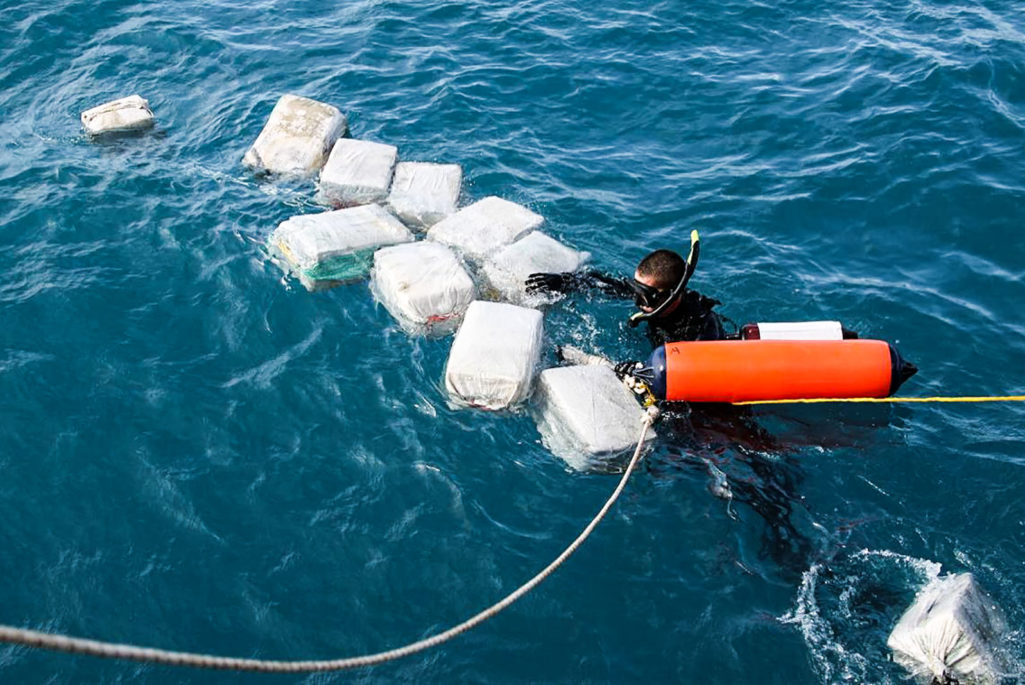 The crew of the U.S. Coast Guard Cutter Seneca interdicts a drug smuggling, self-propelled semi-submersible (SPSS) vessel carrying cocaine on an unspecified date in the western Caribbean Sea. It was the first interdiction of an SPSS in the Caribbean.

Such dire pronouncements had been repeated in Washington policy circles since the 1990s, with then U.S. Senator John Kerry exclaiming that America “must lead an international crusade” against a growing global crime threat. Pundits similarly sounded the alarm bells. Jessica Mathews pointed to organized crime and trafficking as the dark side of a fundamental “power shift” away from governments, and Moises Naim boldly labeled the conflict between governments and global crime as “the new wars of globalization,” with governments increasingly on the losing side. Crime has gone global, Naim warned, “transforming the international system, upending the rules, creating new players and reconfiguring power in international politics and economics.”

At first glance, this portrayal seems accurate. Transnational organized crime routinely defies borders, mocks laws and corrupts (and sometimes violently challenges) state authorities. These concerns are confirmed in daily media stories and policy statements and reports, and they resonate with the popular imagination. It is commonsensical, after all, that the same global transformations in communication, transportation and finance that aid licit business also aid illicit business. Globalization reduces transaction costs for both licit and illicit market actors. As President Barack Obama put it in July 2011, “During the past 15 years, technological innovation and globalization have proven to be an overwhelming force for good. However, transnational criminal organizations have taken advantage of our increasingly interconnected world to expand their illicit enterprises.”

But while this gloomy portrait of transnational organized crime contains many truths, it ultimately obscures more than it reveals. Most importantly, by neglecting the past, it grossly distorts our view of the present. Contrary to conventional wisdom, states have struggled with this challenge for centuries. While pundits such as Naim warn us that “smugglers, traffickers and copycats are hijacking the global economy,” the reality is that these illicit actors have long been integral to the global economy and indeed helped to create it. They have frustrated government controls from the very start: The modern state emerged with the expansion of long-distance trade, and it is therefore little surprise that efforts to impose controls on such international commerce would prove to be imperfect, at best. Evasion, diversion and subversion were inevitable byproducts of restrictive laws and their enforcement. The policing reach of the state has always been greater than the strength of its grip.

For the most part, transnational organized crime is a fuzzy new term for an old practice: smuggling. At base, much of what makes the business of organized crime transnational involves some form of profit-driven trade across borders. How transnational, organized and criminal the trade is tends to depend on the legal and financial risks. Although the speed, content, methods and organization of smuggling have varied greatly across time and place, the basic activity has not fundamentally changed. Neither has the necessity for smugglers to either go through law enforcement via camouflage or corruption, or around it via circuitous routes.

Even though the global reach of some criminal groups has accelerated with the integration of the global economy, the image of an octopus-like network of crime syndicates that runs the underworld is fiction. Even the most sophisticated smuggling schemes tend to be defined more by fragmentation and loose, informal networks than by concentration and hierarchical organization. And no so-called drug cartel actually fits the definition of a cartel.

We are often told that the volume of organized transnational criminal activity has surged in recent decades. Of course, we have no idea how true those statistical claims are; they tend to be assertions and guesstimates rather than reliable and verifiable empirical evidence. Still, cross-border organized crime would simply have to keep pace with the licit economy to grow at an impressive rate. But that does not necessarily mean that it has increased as an overall percentage of global economic transactions. Indeed, the liberalization of trade in recent decades has sharply reduced incentives to engage in smuggling practices designed to evade taxes and tariffs, historically the backbone of illicit commerce. With the lowering of trade barriers as part of the process of globalization, smuggling is increasingly about evading prohibitions and bans rather than import duties. So rather than an extreme example of “globalization out of control,” the prevalence of transnational organized crime today partly reflects how limited and incomplete globalization actually is. In other words, most transnational criminal activities would be defined away in a truly “borderless world” in which free trade and labor mobility reign in all sectors of the economy.

The historical amnesia that too often afflicts the debate is nowhere more evident than in the depiction of our borders as increasingly overrun and overwhelmed, with the U.S.-Mexico line cited as a particularly glaring illustration.

Calling for tougher border enforcement is therefore an easy political sell in Washington, and every administration is vulnerable to the charge that they are not doing enough to “secure the border.” But we too often forget that America has always had leaky borders. There has never been a golden age of border security. Smuggling across the southwest border has been a defining feature of the U.S.-Mexico relationship from the very start. The same has been true of the U.S.-Canada border, though today this history is often forgotten given all the attention to the southern border. And as was the case with smuggled Chinese in the late 19th century and smuggled booze in the 1920s, the northern border continues to be an important clandestine crossing point for people and drugs, including Chinese migrants, “Ecstasy” (MDMA) tablets, prescription pills and high-potency British Columbia marijuana (“BC Bud”).

Moreover, we should remind ourselves that much of today’s U.S.-Mexico border smuggling problem is self-created—an unintended consequence of past government actions. The “successful” U.S. crackdown on Colombian cocaine trafficking through the Caribbean and South Florida in the 1980s pushed the cocaine trade to the southwest, vastly increasing the power and wealth of Mexican traffickers—with devastating consequences for Mexican society. Similarly, the increased sophistication, organization and profitability of migrant smuggling across the border is largely a self-made problem: Migrants used to have the option of smuggling themselves across the border, but with the dramatic tightening of border controls they now have little choice but to place their lives in the hands of professional smugglers. The border remains porous, but is far more difficult and dangerous to cross than ever before.

This commentary is adapted from the author’s most recent book, “Smuggler Nation: How Illicit Trade Made America.”