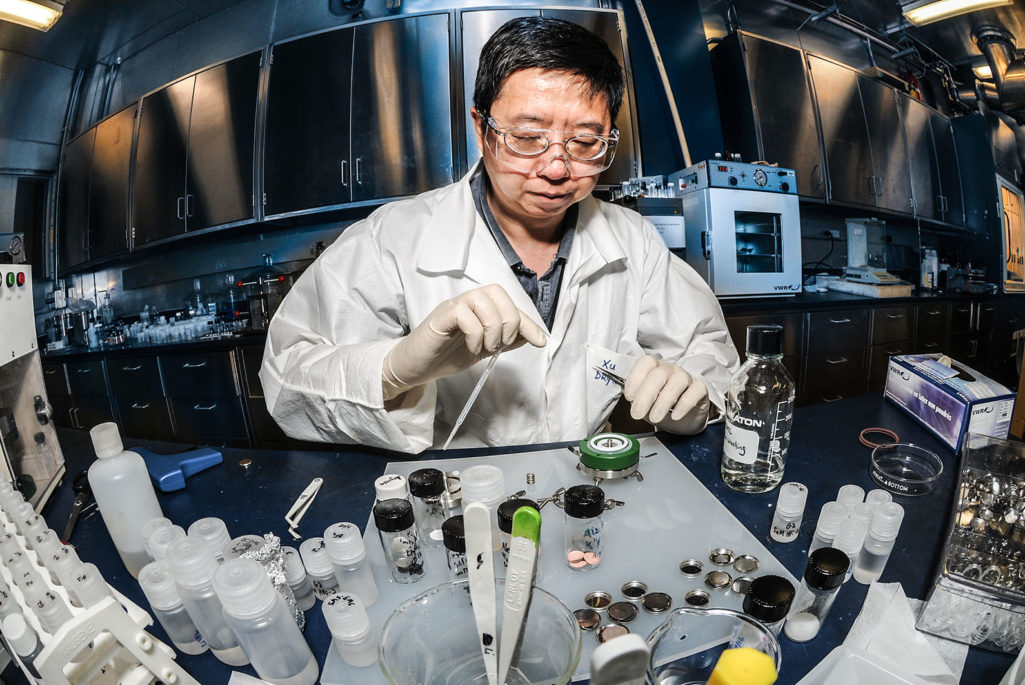 Scientists studying new ways to squeeze more energy from batteries are making great strides in developing new methods and materials to potentially increase the energy density of batteries by 30 percent at the U.S. Army Research Laboratory.

A nation is at risk if it depends on others for scientific breakthroughs. Any nation that does so “will be slow in its industrial progress and weak in its competitive position in world trade.”

That “mildly nationalistic warning”—issued in 1945—comes from then U.S. wartime research chief Vannevar Bush in Endless Frontier, the civilian-science manifesto that chronicles the scientific achievements of a nation at war, writes Ed Gresser, executive director of Progressive Economy, in his Trade Fact of the Week.

Gresser notes that Bush—no relation to the political family—suggested government make a permanent commitment to scientific R&D to ensure that all the innovation spurred on during a war time crisis would be carried on during peace time as well, and thus ensure a robust economy. Seven decades later the world seems to have embraced Bush’s advice by more than doubling its total scientific R&D investment since the start of the 21st century. Gresser writes:

Measured by spending, the OECD finds about $1.6 trillion in R&D worldwide as of 2013, with the U.S.’ roughly $470 billion commitment the world’s largest. The National Science Foundation’s S&E Indicators 2014 adds data for 15 more countries—India, Pakistan, Brazil, Colombia, Malaysia, Thailand, Indonesia, Iran, Egypt, Morocco, Tunisia, Ukraine, Belarus, and Serbia.  Together they bring the total to $1.7 trillion, or about 1.65 percent of world GDP, of which the U.S. would account for 28 percent.

* OECD estimates, including all government, business, academic, and non-profit research. The U.S. figure for 2013 is calculated from OECD’s overall totals, since the U.S. hasn’t yet published its 2013 total; the 2012 figure was $453 billion. EU figures for 2000 include national totals for the 13 new countries that have joined since 2004.

The world average spent on research is 1.6 percent of GDP, according statistics from the OECD and the NSF. But as Gresser’s note explains, Asia has made spectacular gains in the post-millennial era. Korea is spending 4.15 percent of GDP on R&D, rivaling Israel (4.2 percent of GDP) for the top slot. And China’s funding has grown from $32 billion to $336 billion since 2000, or 20 percent of the world’s total. “As shares of one region rise, the shares for others must fall: the U.S.’ share has accordingly dropped from 38 percent in 2000 to 2013’s 28 percent,” Gresser writes.

Of course, “most scientific advances are not national prizes but general benefits,” writes Gresser, adding: